One of AGi architects’ main areas of practice is residential architecture. The office has designed a large number of their projects in Kuwait City, where domestic space must accommodate very diverse lifestyles and inhabitants. The projects that AGi architects develops are based on an understanding of the society and the context in which they are located, both locally and globally. Drawing from this interest in research driven design, the office has participated in the project «Spaces of living: urban reflections of Kuwaiti society», that explores the lifestyle of Kuwaiti society. Joaquín Pérez-Goicoechea, AGi architects’ founding partner, has worked as co-researcher, with the principal investigator, Sharifa Alshalfan, to study in depth the physical aspects and ways of life in the Kuwaiti home.

«Spaces of living: urban reflections of Kuwaiti society» looks at local housing, in the present and in the recent past.

The project documents the formal aspects of Kuwaiti homes. Also, it analyzes the type of activities that are carried out inside the house. Also, studies how domestic spaces and their configurations reflect cultural features of the Kuwaiti society. The objective of «Spaces of living: urban reflections of Kuwaiti society» is to find alternative approaches to housing in Kuwait, that are socially relevant, culturally grounded and contextually driven. This research project has been partially funded by the Kuwait Foundation for the Advancement of Sciences (KFAS) and has been carried out between 2016 and 2018, with academic support from the London School of Economics – Kuwait Program.

The development of housing and urbanization in Kuwait has gone through three distinct phases throughout the 20th century. The first phase is prior to the discovery of oil, and to the 1950s, and was characterized by a local community that was united and established interdependencies at both the family and neighborhood levels.

This relational scheme materialized in the now defunct old city, built with traditional and easily accessible materials such as adobe and coral rock. The urban space was characterized by the traditional public spaces of the suq or market, sahel or sea front, and sikkas or alleys. In the house, that had only one floor and was closed to the outside, the patio had a major importance. Next to the wind tower, it helped to make habitable the hardest climatic moments. 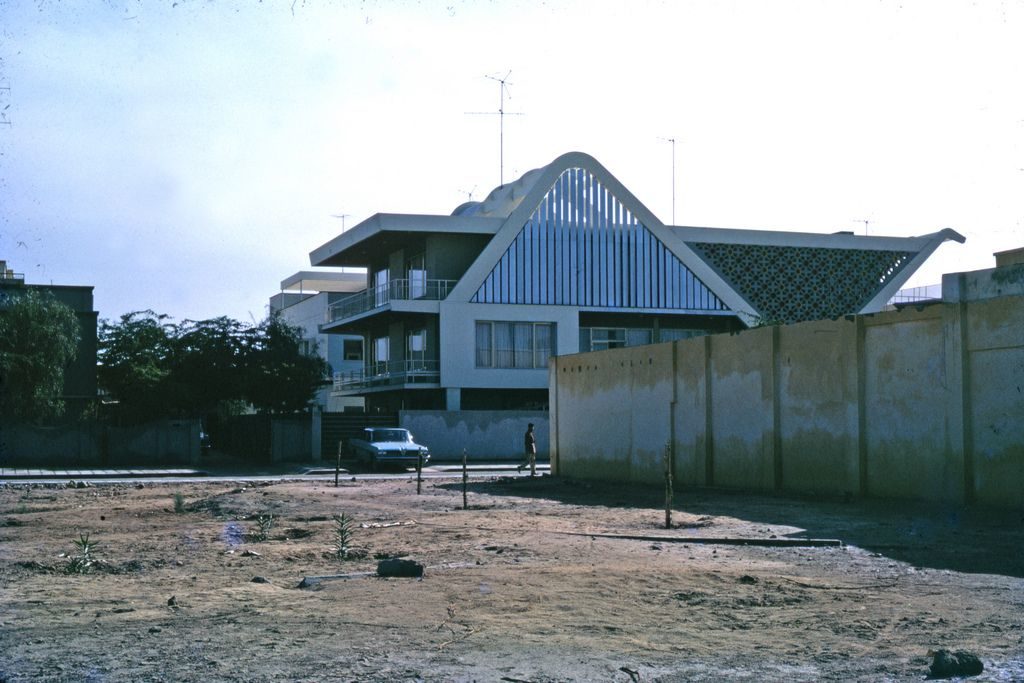 After the discovery of oil, the State was in charge of providing the Kuwaitis with a series of basic resources –education, health and housing. Kuwait grew through its first urban plan, designed by the British planners Spencely and Macfarlane. This plan reflected a typically modern, low-density model that expanded through the desert. In 1952, it viewed Kuwait as “the best planned and most socially progressive city in the Middle East”. This way, an imported urban structure landed in Kuwait, which at the typological level brought the single-family house, or villa, as the preferred domestic model.

The State, on the other hand, assumed the role that the community had before, financing housing within its welfare program for Kuwaiti citizens. The new homes, disconnected from the local tradition, began to make explicit the status of their occupants through decoration. The public space was left unattended by a lifestyle that was of Western origin, and more specifically, Anglo-Saxon. The result of this process was that Kuwait became composed of two main types of housing, the villa, for Kuwaiti families, and the apartment building, dedicated to non-Kuwaitis who had begun to emigrate to Kuwait after the discovery of oil.

The eighties erupted with economic and social events of great impact for the Kuwaiti society, as well as political and military events of great importance in the region. In 1979, Iran saw the rise to power of Khomeini, which meant a return to traditional social and religious values. With the excuse of a territorial dispute, in 1980 Saddam Hussein initiated the Iran-Iraq War, which lasted until the ceasefire of 1988. Two years later, Hussein promoted the Invasion of Kuwait, which resulted in the proclamation of the Republic of Kuwait and the annexation of it to Iraq. This marked the beginning of the Gulf War, which was internationalized in early 1991. After the expulsion of Iraqi troops by an international alliance, the 1990s were a time to reconstruct the country, followed in the 2000s by the Second Gulf War. Significant financial events also marked this years, when in 1982 the local unofficial stock market went bankrupt, in what was called the Souk Al-Manakh stock market crash, which, in the midst of the Iran-Iraq war, was a serious blow to the economy. 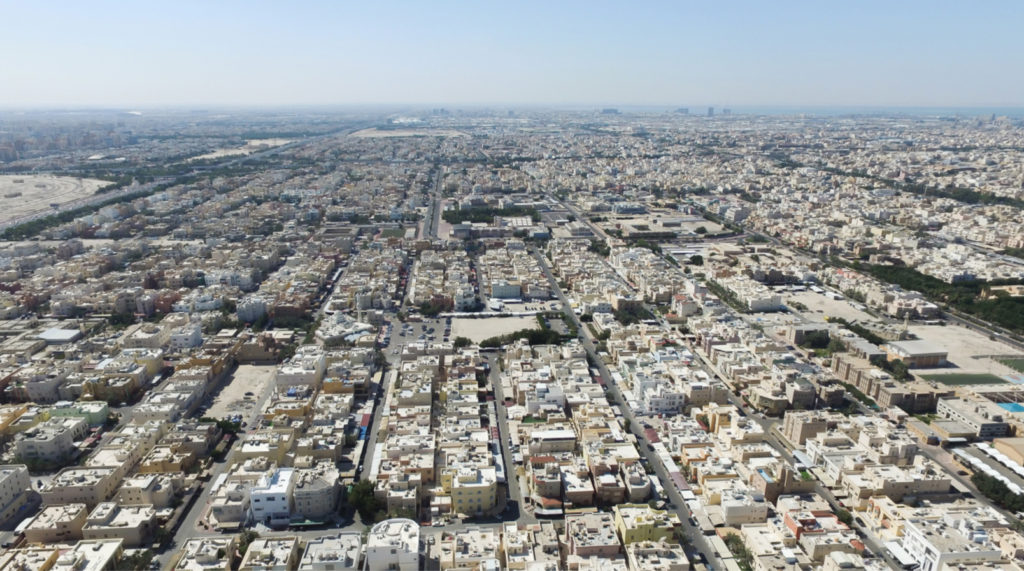 This second stage of the post-oil era made visible the problems of the urban model that had begun three decades earlier. A retraction of the State was visible, and that meant the return of networks of interdependence within the community to a main role. The population began to demand a new kind of civic and residential space, rooted in its culture and traditions but with a contemporary vision of reality. The influence of the new technology, and of a large part of the young population, who had studied abroad and was immersed in Western culture, also appeared.

The work of AGi architects starts from a simultaneous global and local vision. From this interest and context, the research project «Spaces of living: urban reflections of Kuwaiti society» has approached, studied and analyzed contemporary housing in Kuwait. Thanks to this, we have been able to glimpse opportunities and trends characteristic of the current residential architecture of the city.

For example, «Spaces of living: urban reflections of Kuwaiti society» has detected in the emergence of the multiplex typology, a domestic format that has organically emerged in Kuwait in which several related families co-live, a reconnection of the current home with the traditional lifestyles of Kuwait. This model may embrace positively the changing realities of Kuwaiti people; improving future ways of living, working and resting, from a more sustainable point of view. 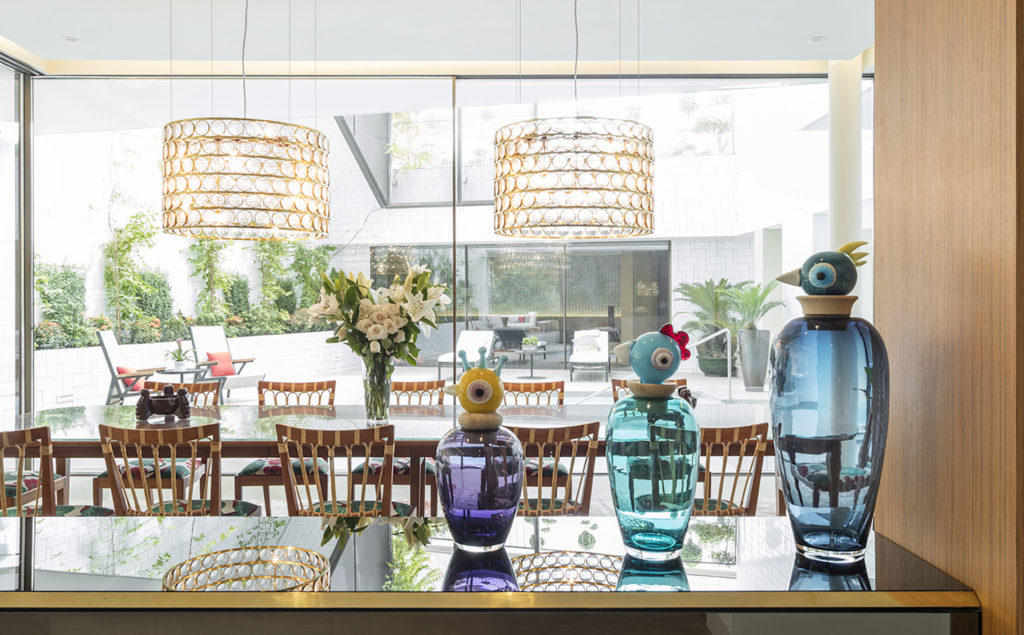