Ecological concern and urban well-being are the driving forces behind AGi architects’ proposal for the new headquarters of KFAS, the Kuwait Foundation for the Advancement of Science. In mid-2018, an international restricted competition was launched to design a new facility, along with a convention centre and a master plan for the area. International firms such as AZPML or Coop Himmelb(l)au participated.

In 1938, the discovery of oil in Kuwait initiated unprecedented economic development. Matching a globalized spirit of faith in science, technology and progress, a radical transformation of the city began. Oil provided the opportunity to grow.

In 1950, Sheikh Abdullah al-Salem launched an impressive modernizing programme based on urban development and social welfare. This led to the demolition of the old mud town. A new city was built with segregated uses and a suburban lifestyle model. Many of the new modern buildings were of high-quality architecture, but at the same time interdependent ways of life in the neighbourhoods were lost. The preeminence of public spaces such as the suq (market), the sahel (waterfront) or the sikkas (promenades) disappeared. The belief in new things being optimal was not a question of Kuwait, but a modern idea shared by many countries. It can be linked to some of the International Style theses or, for example, to Le Corbusier’s unbuilt projects proposing the demolition and reconstruction of Paris.

The rapid urbanization in Kuwait implied ecological risks over time. In the face of high anthropological pressure, the problem of urban waste and the impact of desalination and crude oil extraction, Kuwait now has to deal with the recovery of its natural context. 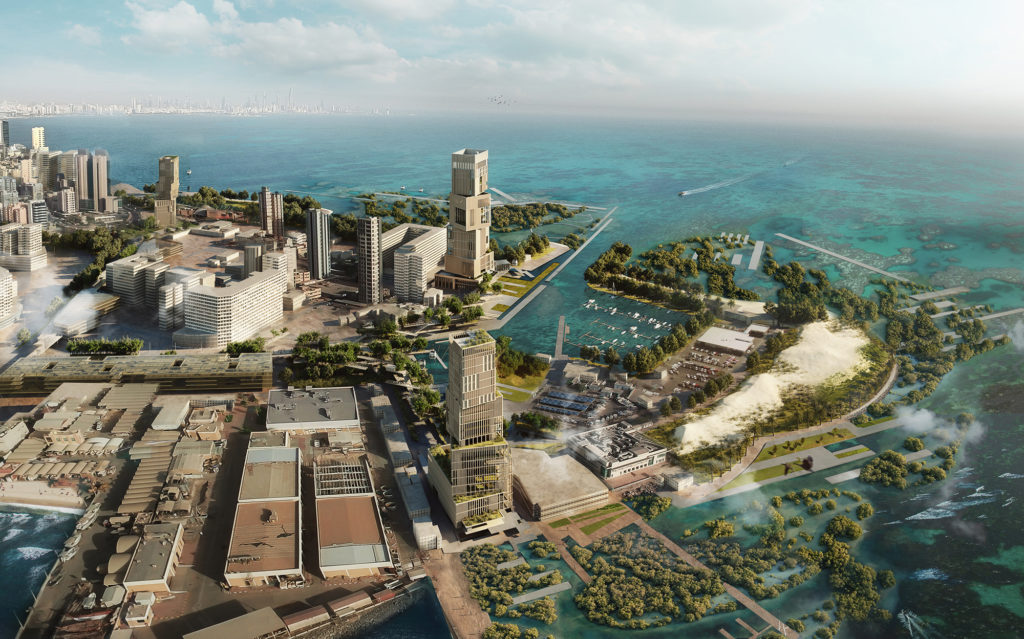 As a result of all these concerns, we understand that safeguarding architectural heritage, caring for natural environment, and reintroducing traditional ways of life are key values for Kuwait.

The design for the KFAS Campus district is conceived as a prototype for urban regeneration, grounded in a long-term process. It employs a scientifically based methodological approach and a variety of strategies and scales of action.

On the maritime front, the project proposes natural recovery systems. These include research laboratories and coral and marine fauna farms. Mangroves and bulrushes will be planted to filter contaminants in the water. Clean energy generation systems are also planned.

On the mainland, urbanism favours pedestrian movement and intelligent transport. The social significance of public space is promoted. Flexible housing options are envisaged for all types of people. Architectures based on passive bioclimatic principles are implemented. Shading and natural ventilation are favoured through the arrangement of trees, sheets of water and pergolas. 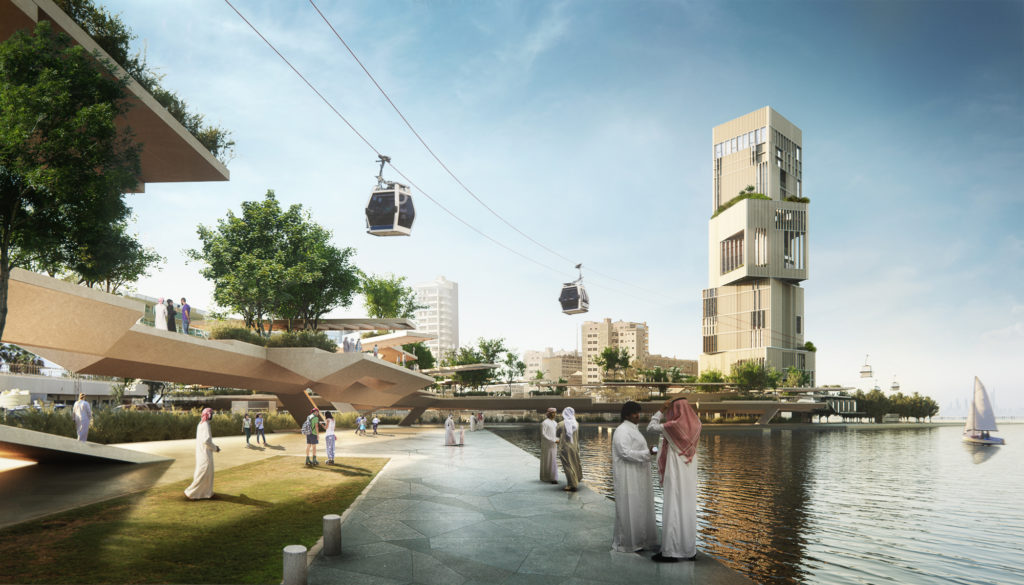 The project also involves the design of KFAS headquarters and a convention centre. Both are planned as high-rise buildings, consisting of prismatic blocks orientated in different directions and stacked. Their formalization generates identity for the Kuwaiti foundation. A vertical tower development is justified by the angle of solar radiation in this region, also vertical, which calls for a compact and non-horizontal design. The exterior enclosure is designed as a double skin. Its outer layer is more massive, and is separated from the inner, transparent. The distance between the two layers is calculated according to solar orientation.

KFAS headquarters programme is organised into five clusters. The Engine focuses on the development of creativity, leadership and education. The Hub is dedicated to energy research and promotion. The Greenhouse is devoted to the study of the environment and its challenges in our time. The Diwaniya houses offices, multipurpose rooms and laboratories in a space that encourages entrepreneurship. Finally, the Suq is dedicated to cultural, social and urban research, as well as to welcoming external audiences.

The implementation of sustainable urbanism and architecture is the basis for improving life quality and a future vision for our cities. This option promotes the economic development of cities and towns, one that is more sustainable over time. AGi architects’ project for the KFAS Campus is based on five values —energy efficiency, functionality, durability and adaptability, respect for context and good design— to create a powerful and sustainable architecture and a high quality urban context. 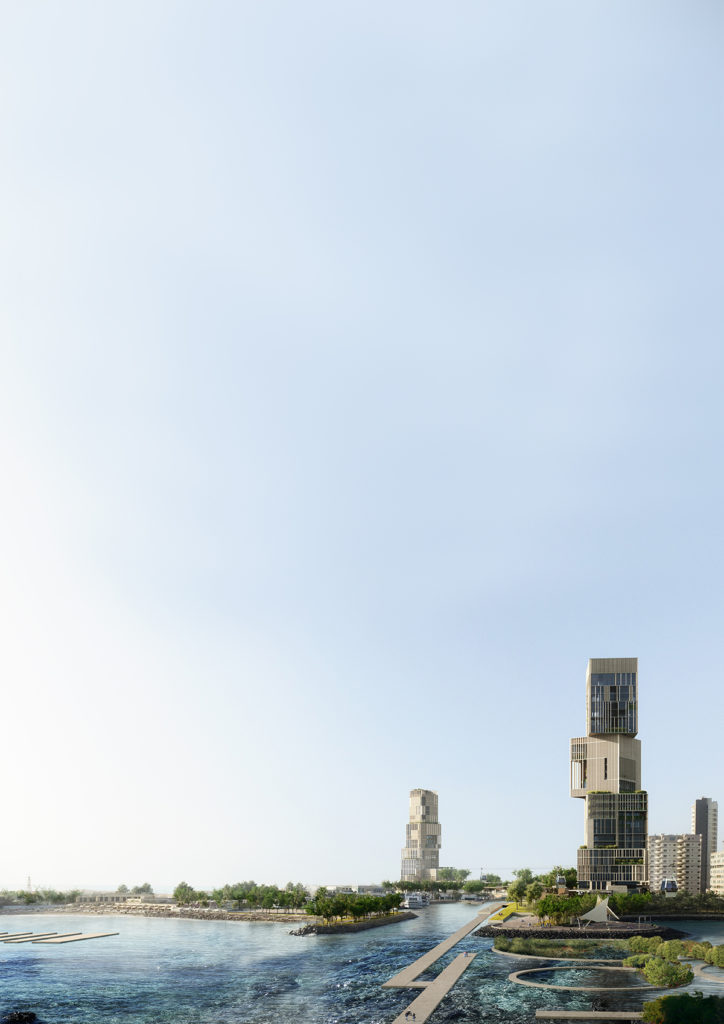