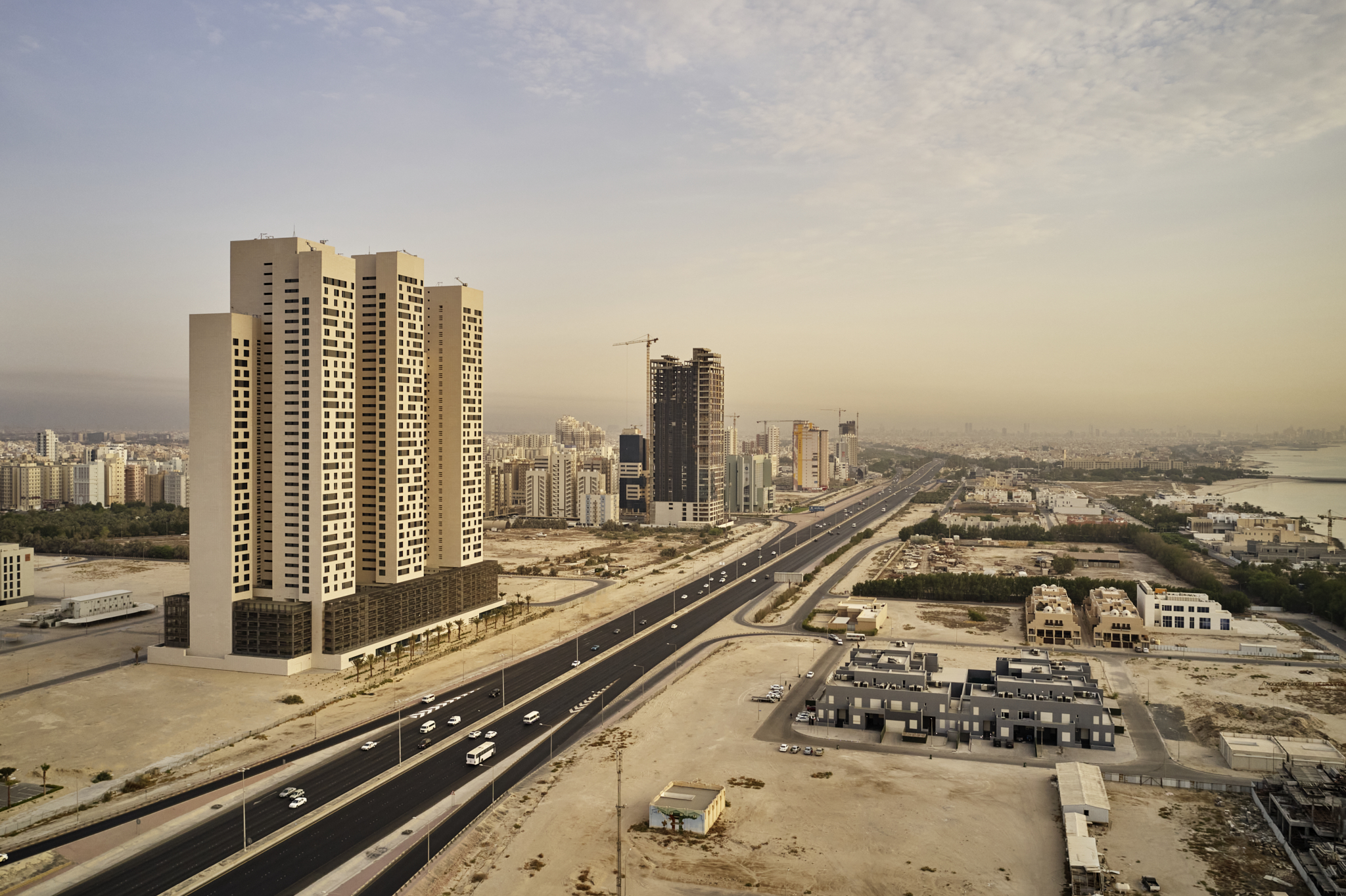 The plot is situated within a new urban development in the south of Kuwait City, off the Fahaheel highway that runs southward along the seashore all the way to the Arabian border. This is a mix-use area combining low-to-medium-rise residential and retail complexes at its core, as well as a high-rise building line at its eastern limit, overlooking the beachfront beyond the motorway. Thus, six towers were built addressed to be an urban landmark in the area.

The concept of the three towers designed by AGi architects under the name of Tamdeen Square is based on unity and difference. At the urban level there are three elements, while at the formal level it is only the language that unites them. Three slender towers of 40 floors, arranged on a threeper- floor basis, all the same and all different. The towers are a social metaphor in which the homogeneous complex, on the urban scale, gives way to individuality on the domestic scale, allowing each of the owners to feel unique, with semi-private access, simple communications and high-quality housing with sea views.

Each tower consists of 120 dwelling units, and each apartment enjoys its own communication core. A common service area for every three dwellings in the central part of each tower connects the apartments and accommodates the facilities and service areas. This functional scheme allows the traditional ways of living in Kuwait to be preserved, although in this case it is a high-density residential building and not the traditional single-family housing scheme.

The towers stand on a podium that raises the level of the houses on the lowest floors, improving their views over the sea. This plinth houses the required parking, and connects to the front of the plot where an urban garden is developed, thus expanding a pleasant environment for the common use areas on the ground floor that turn towards this space. 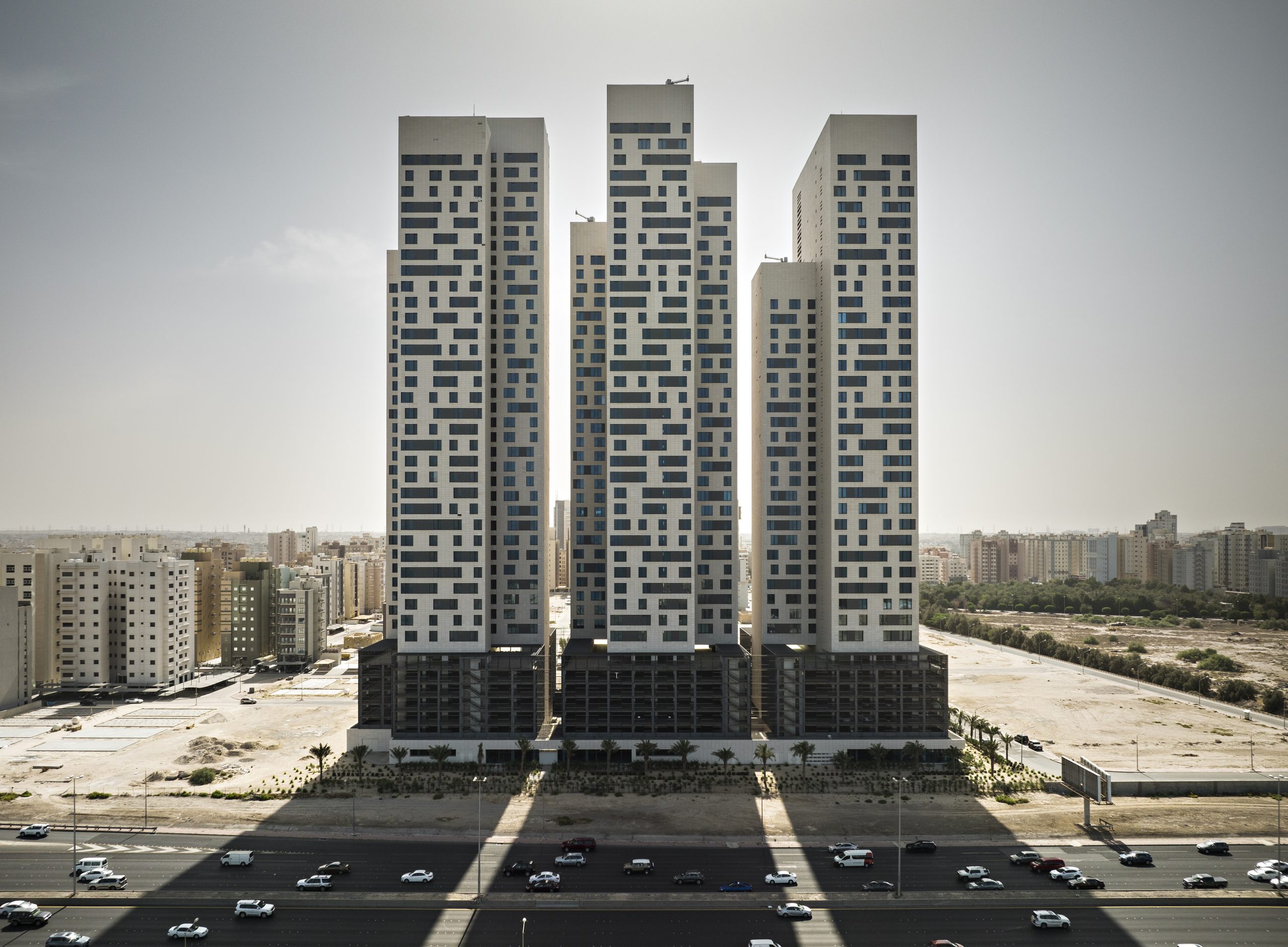 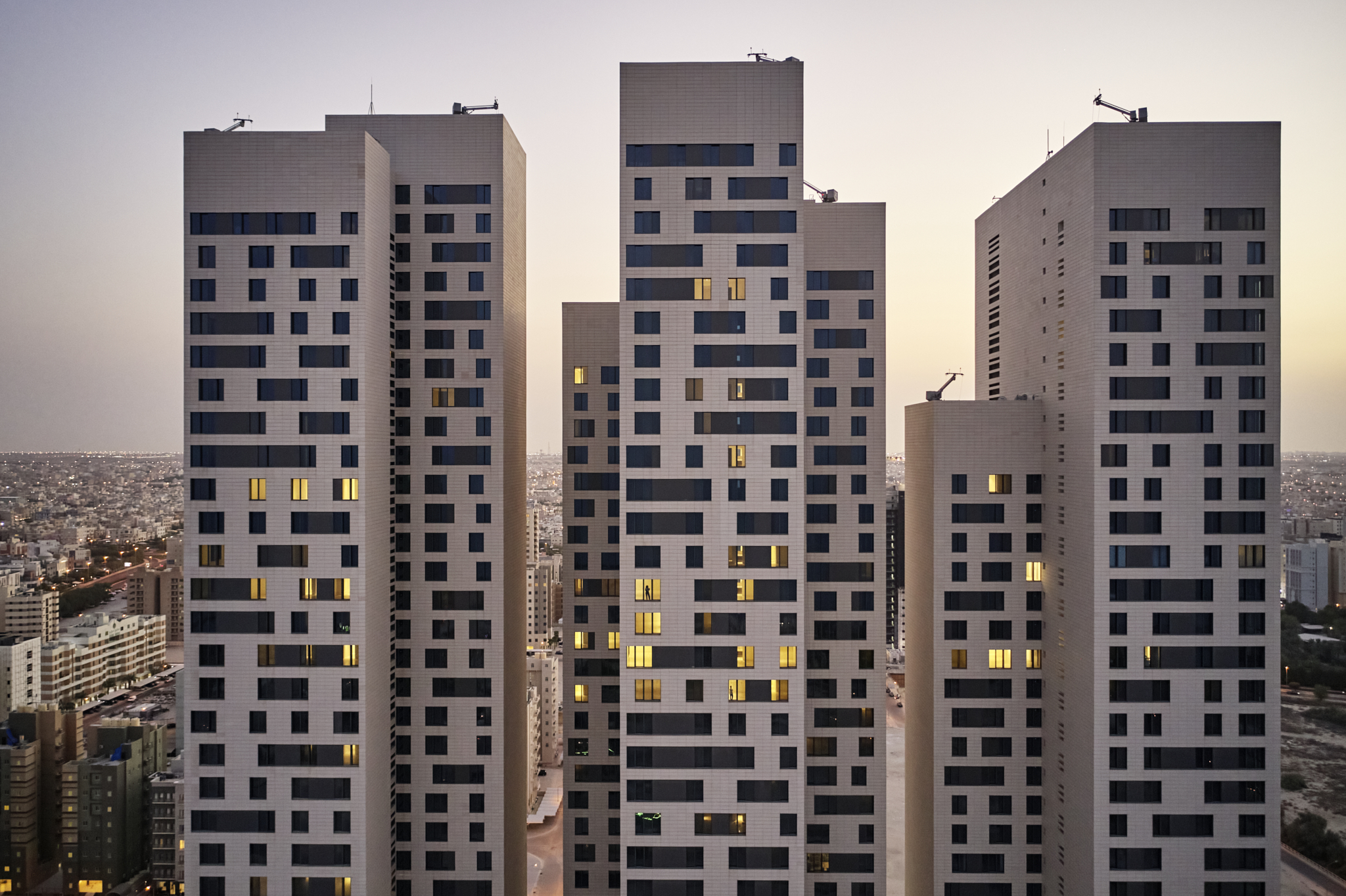 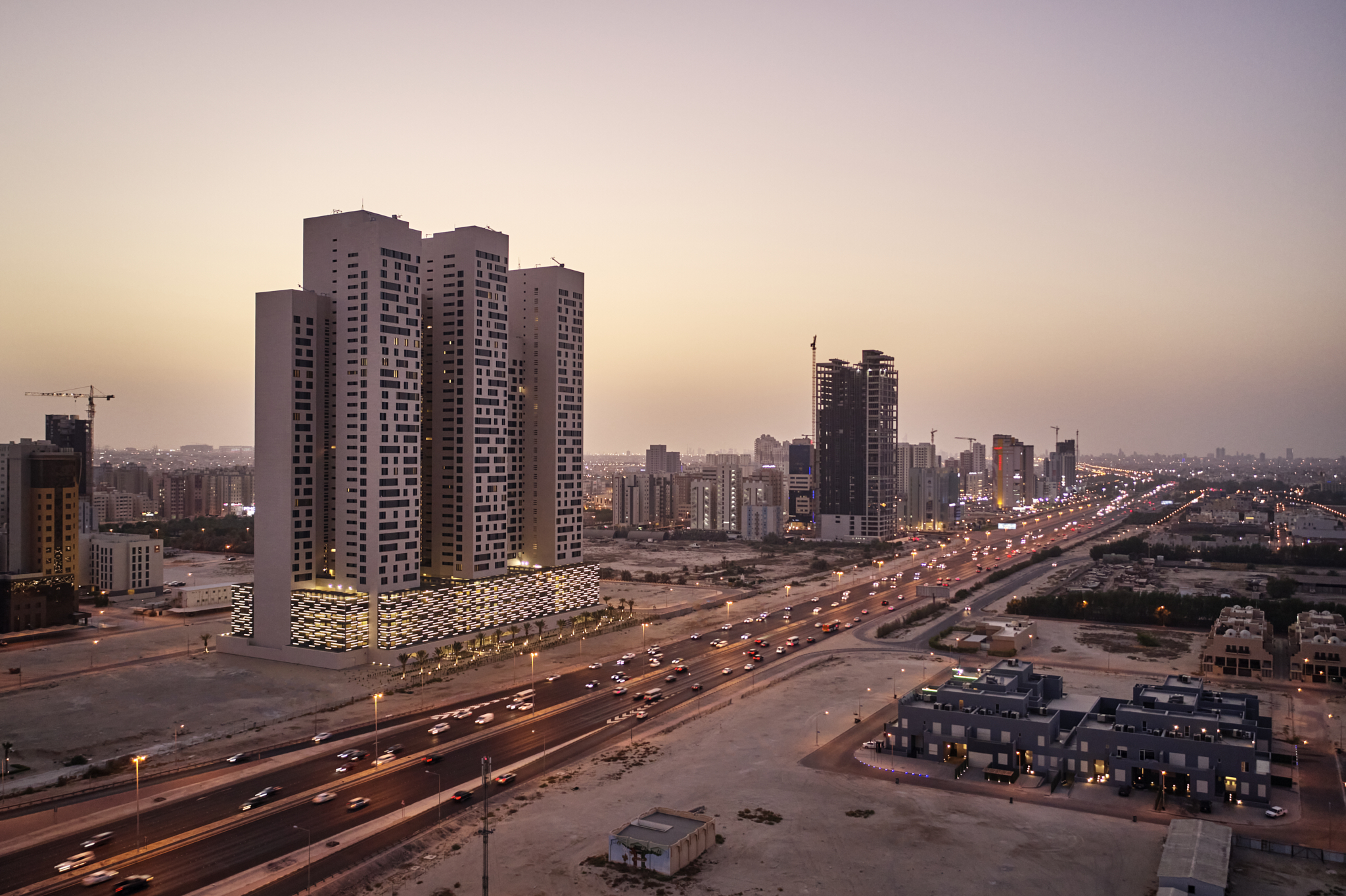 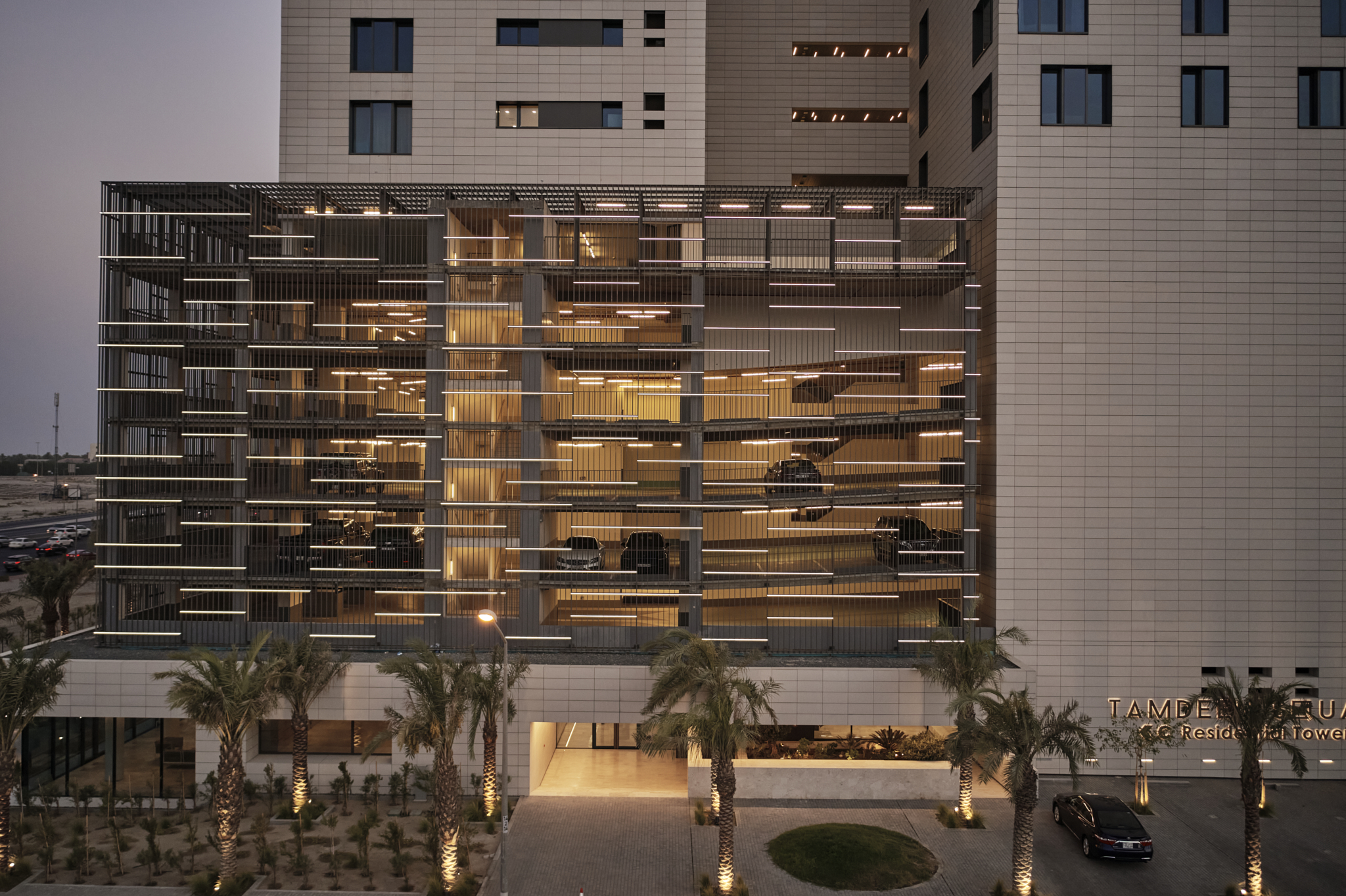 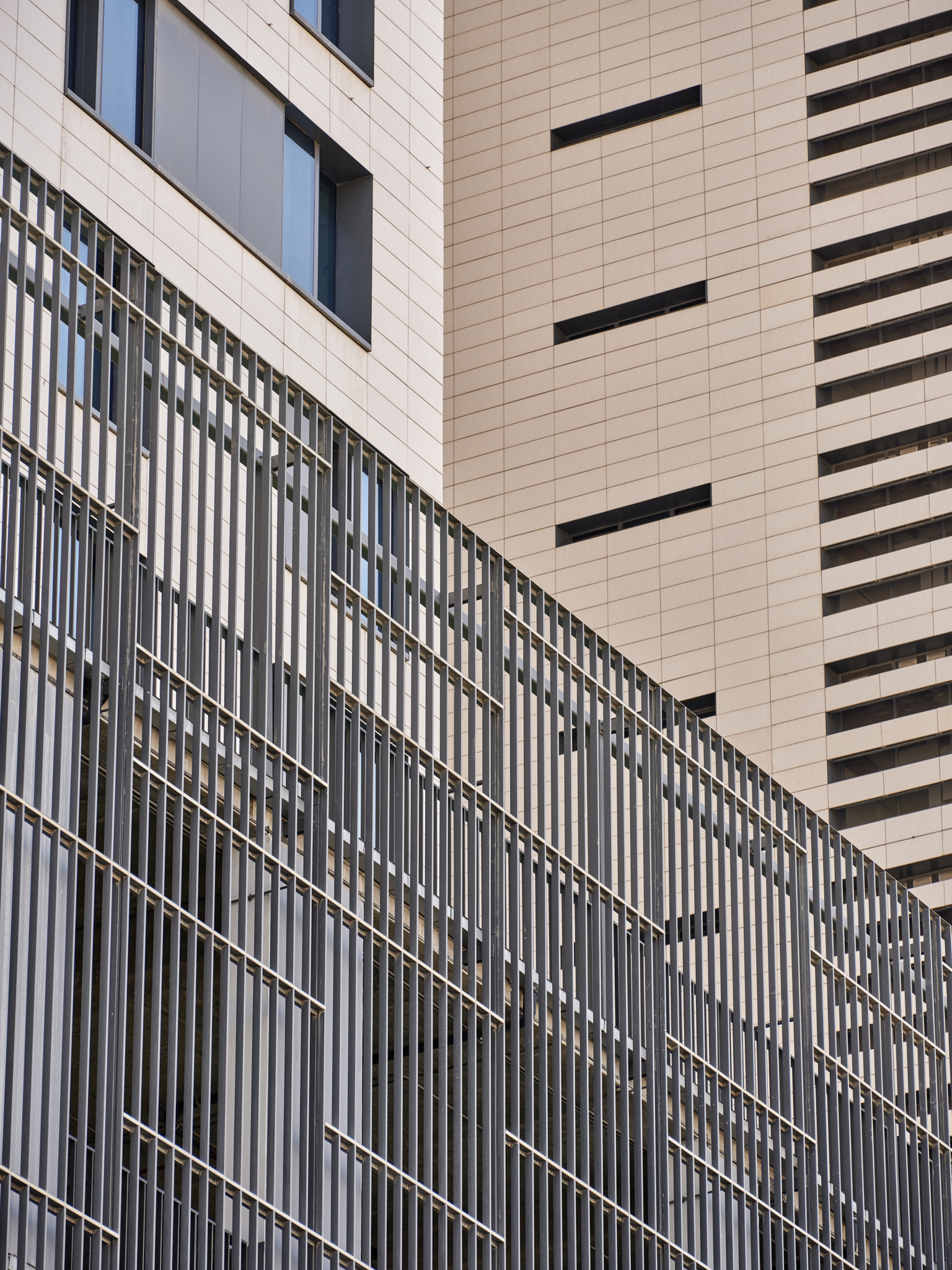 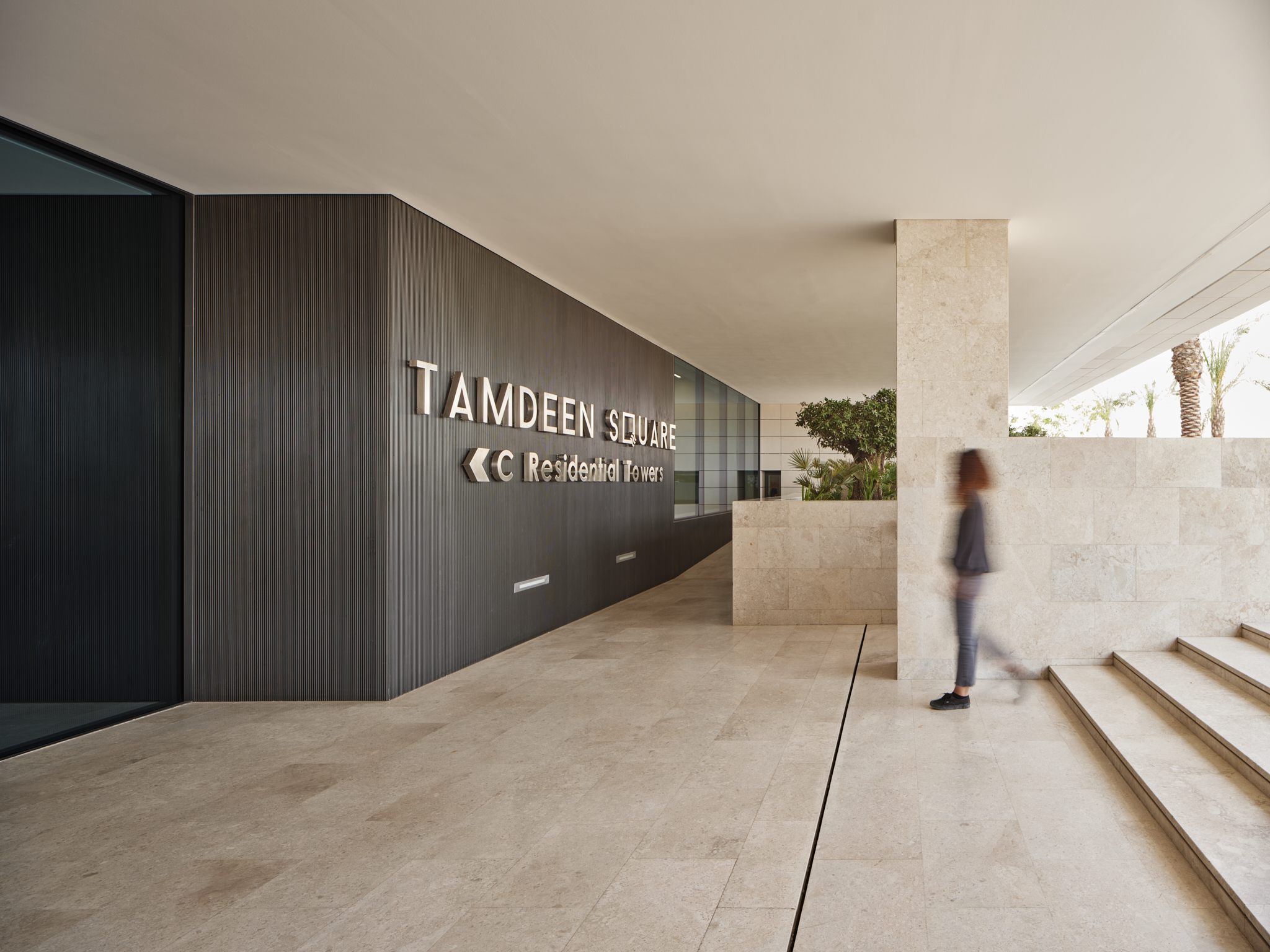 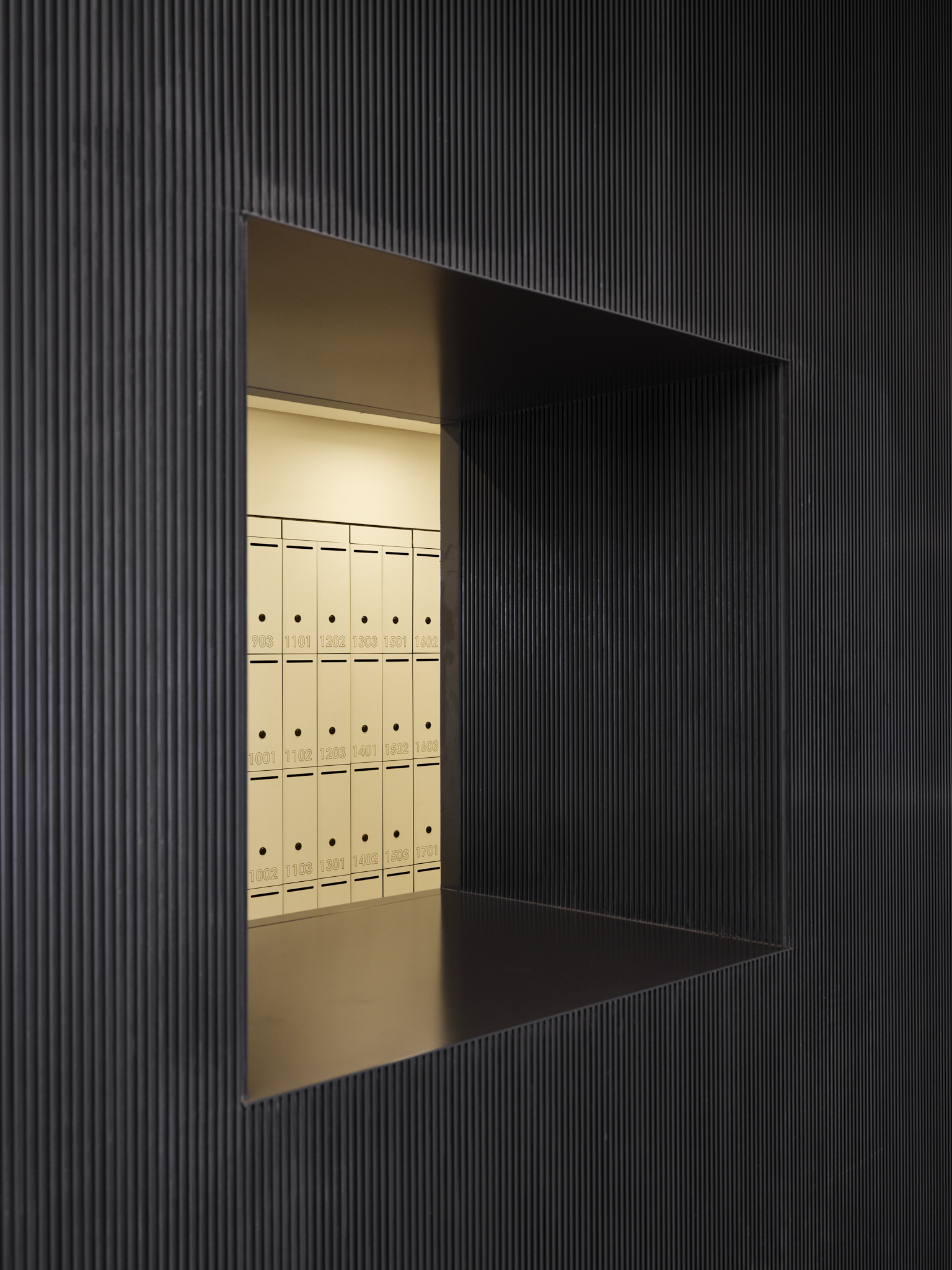 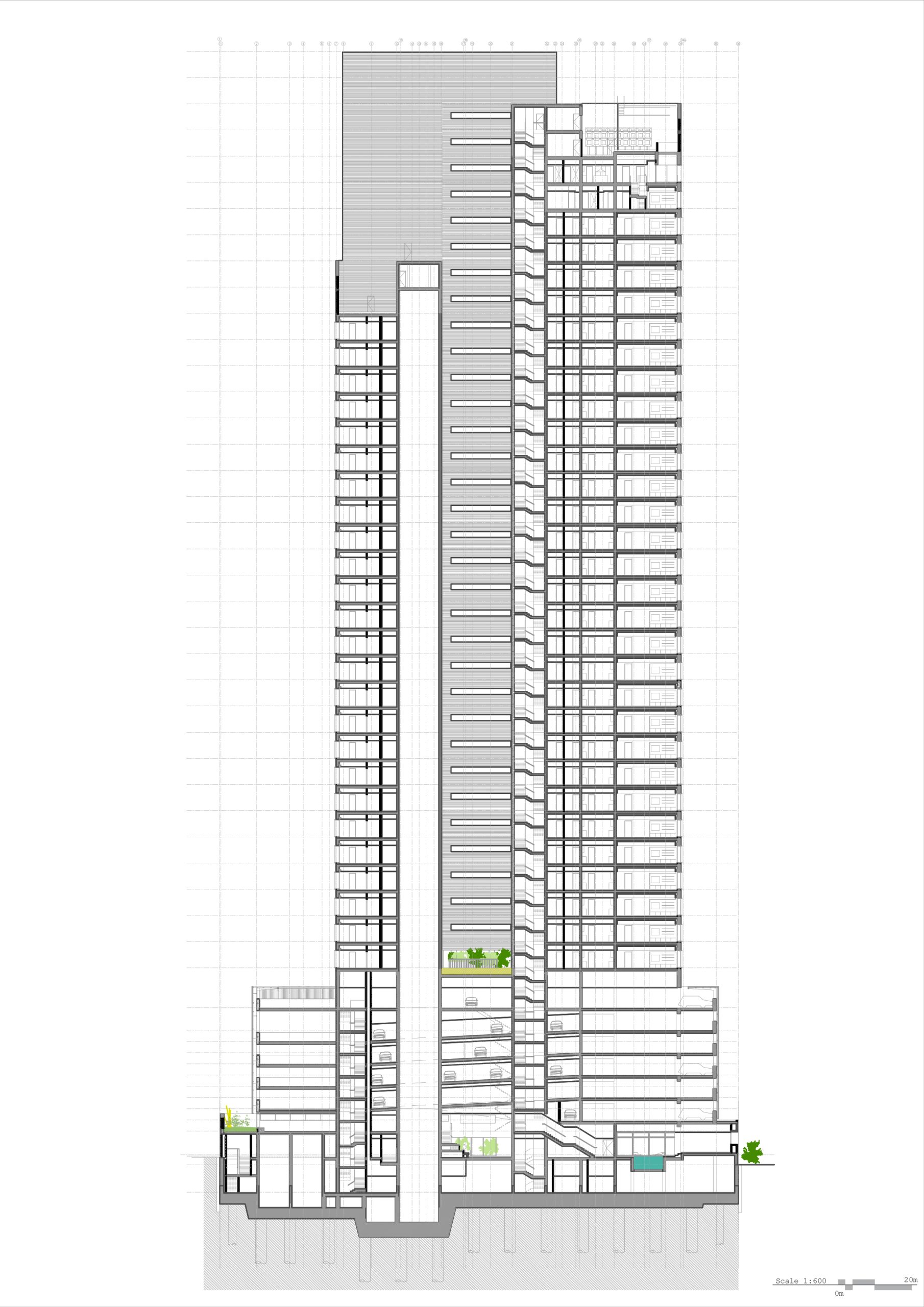 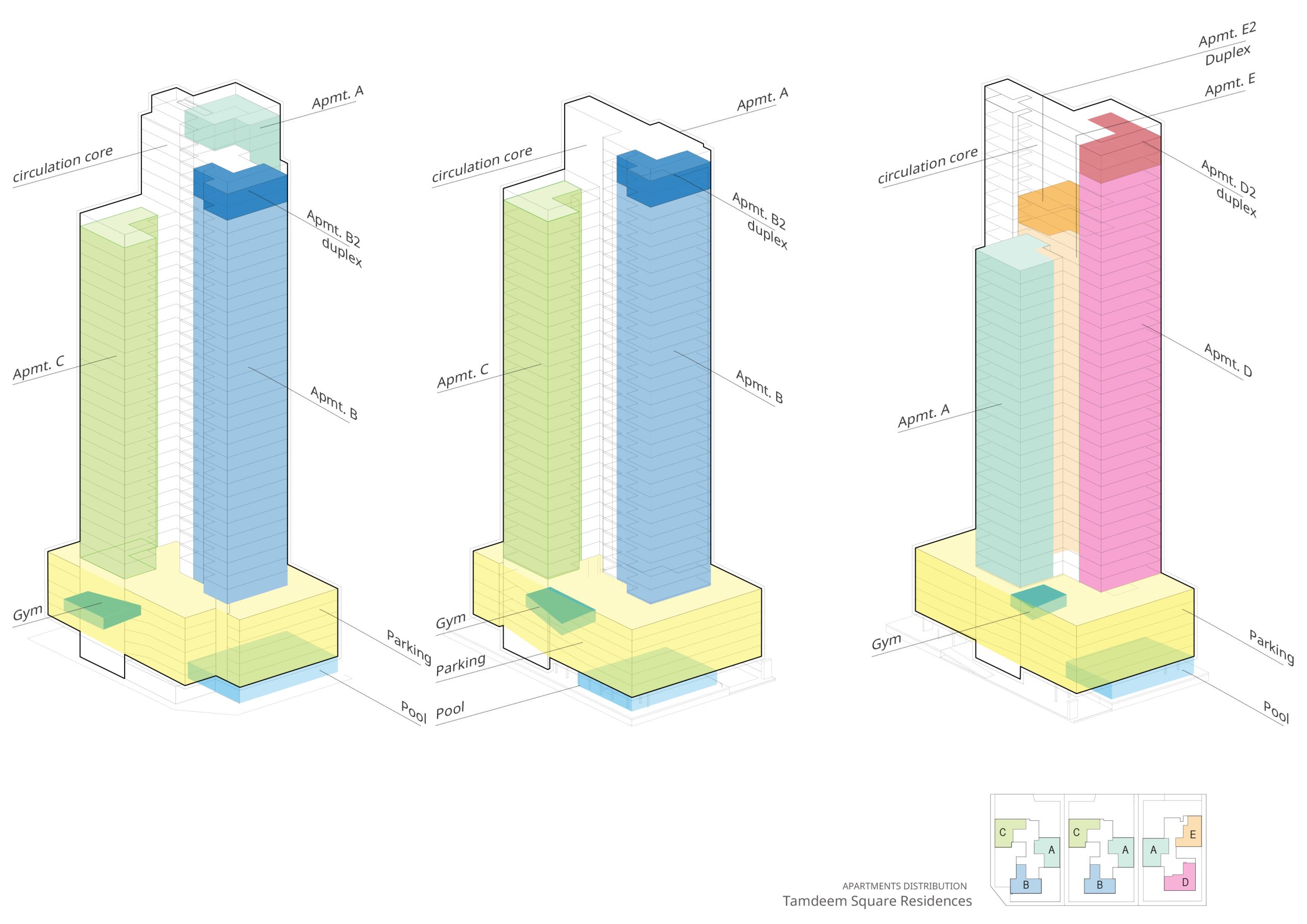