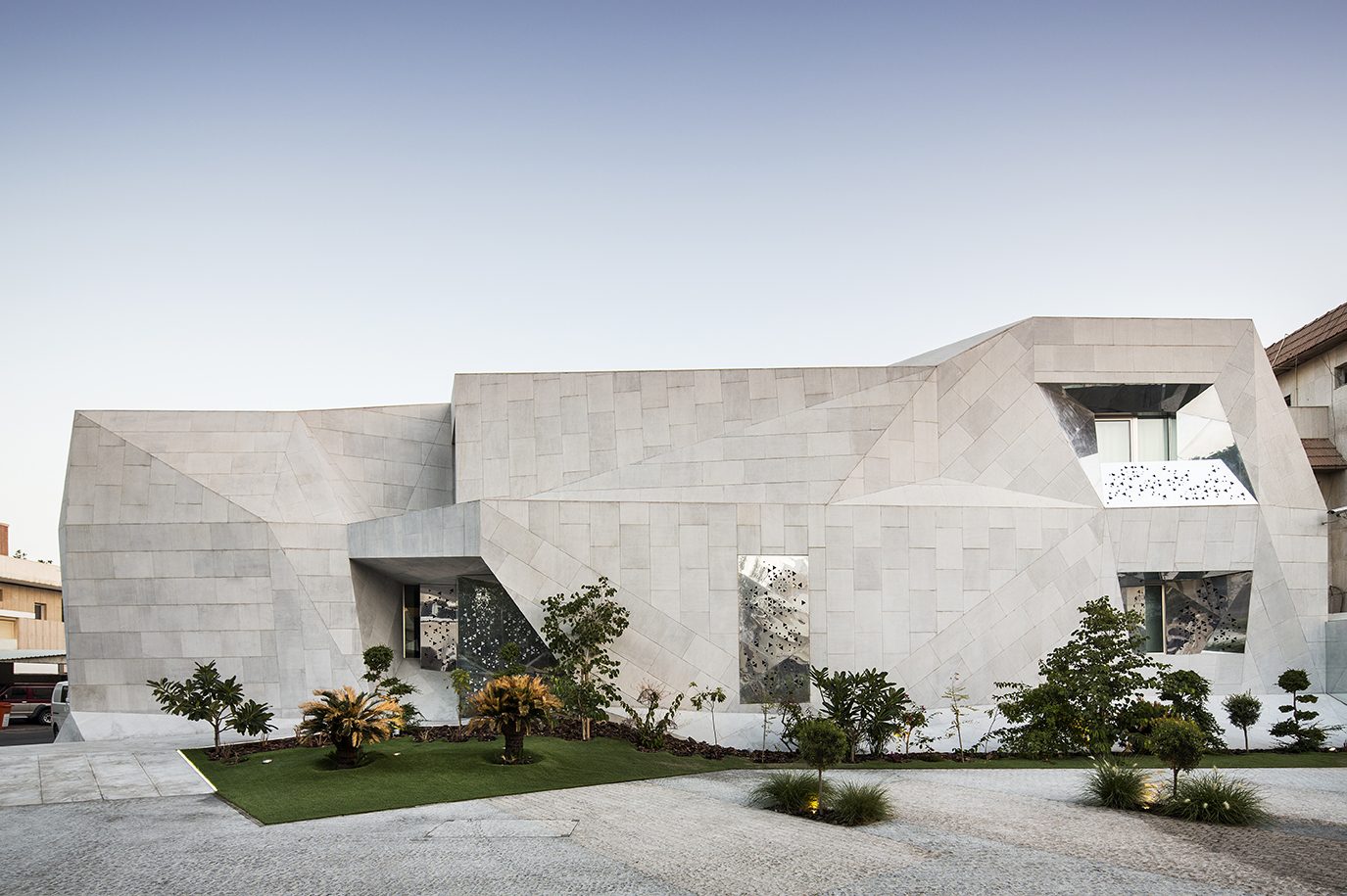 This single family house is located on a corner plot of the residential district of Abdulla Al Salem, Kuwait. The concept stems from a controversial duality imposed by the clients need for complete privacy as well as the desire for distinguishing the house into an iconic building from within the neighborhood. The buildings’ structure is composed of reinforced concrete formed similarly to a folded origami, and the structure rotates around itself creating a central courtyard from which all the spaces in the house are turned towards. The openings overlooking the street rarely occur, however when they appear they are inclined to prevent views and excessive sun light into the interior. With relatively smaller spaces than the local standards, the design intent is to give maximum functional flexibility, by introducing multiple routes to enable continuous communication between different rooms without interruptions. Similar to traditional Muslim architecture, the use of corridors is avoided, instead the house is seen as a whole entity comprised of changing conditions based on the various activities unraveling throughout the course of the day. 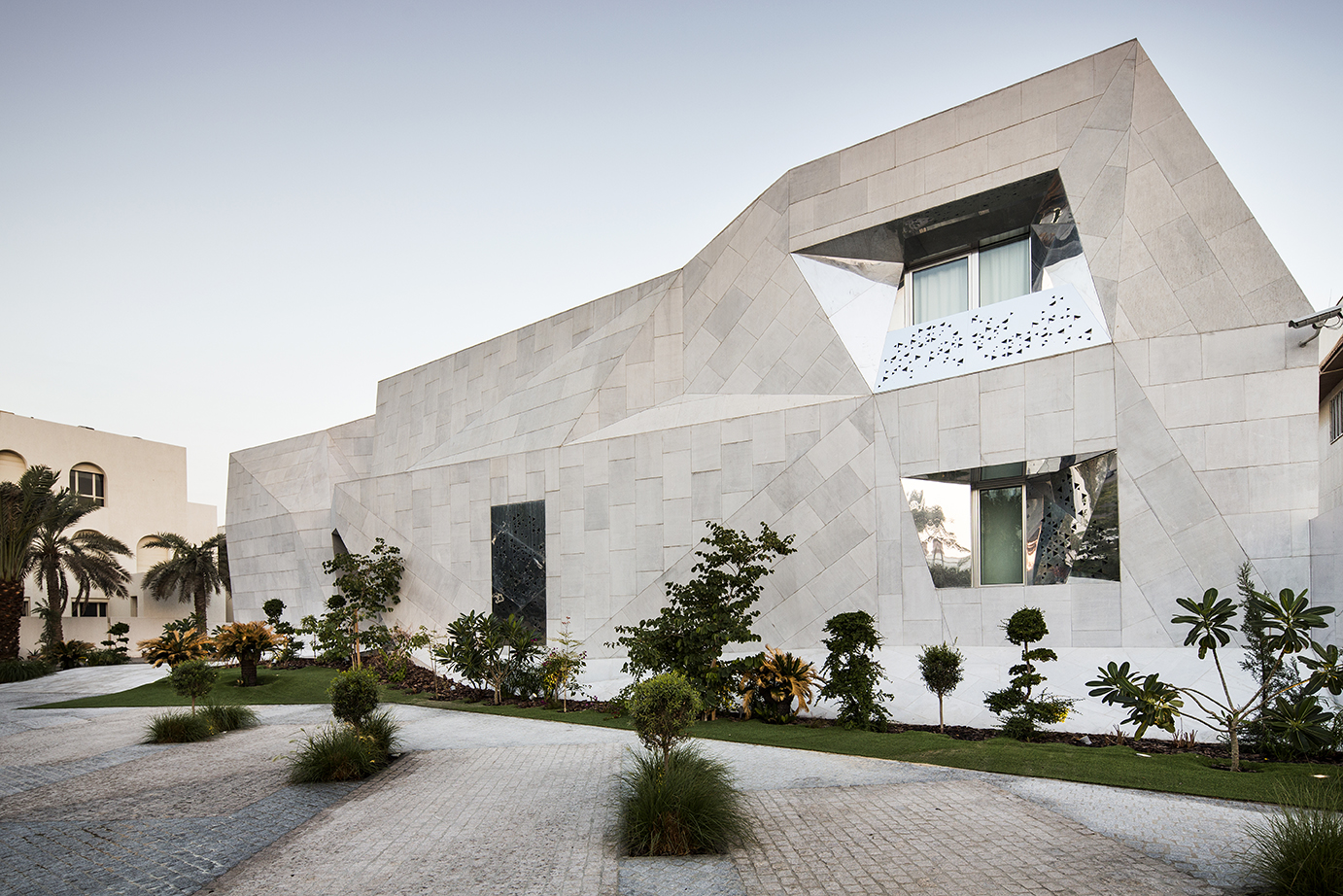 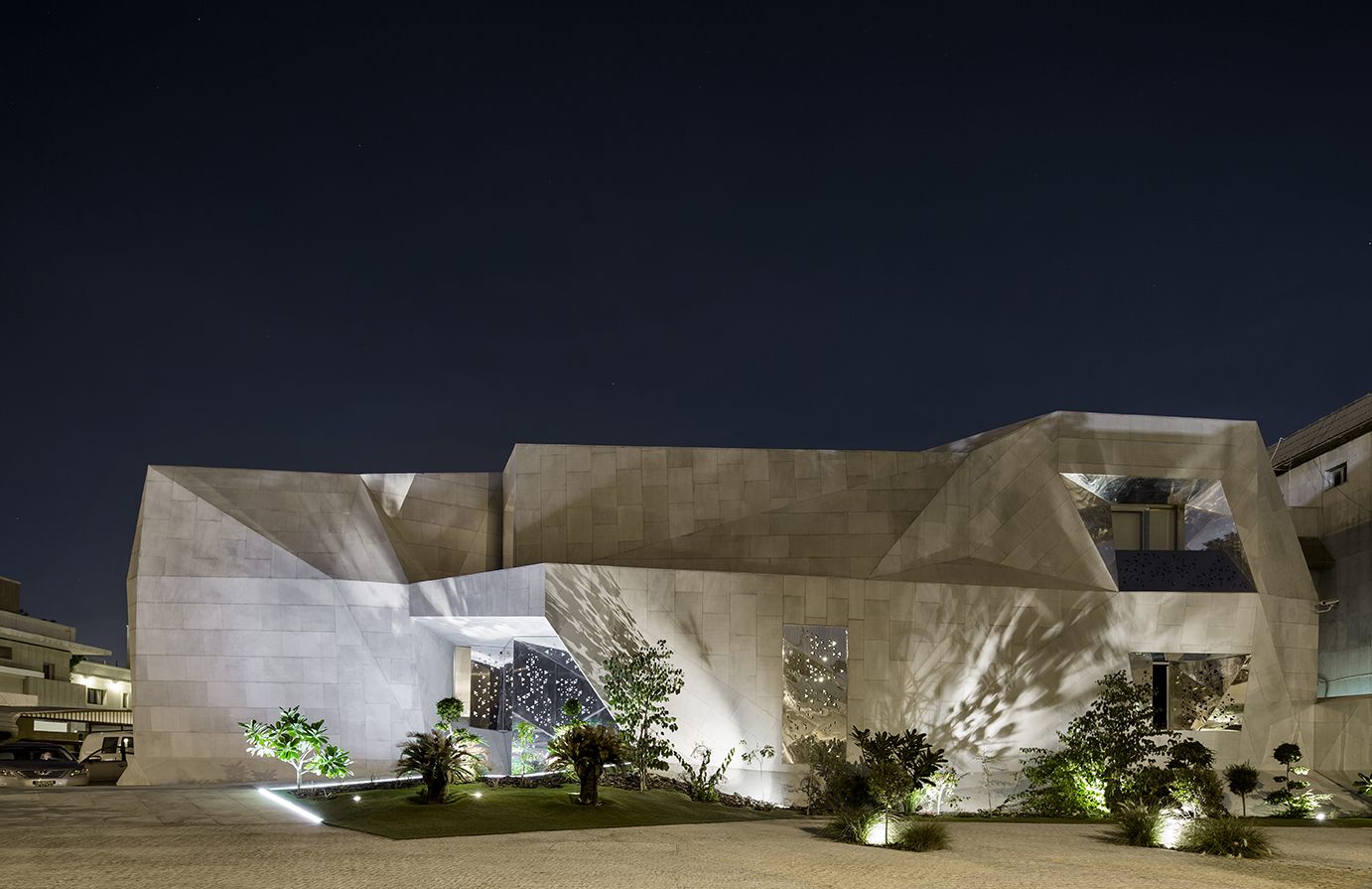 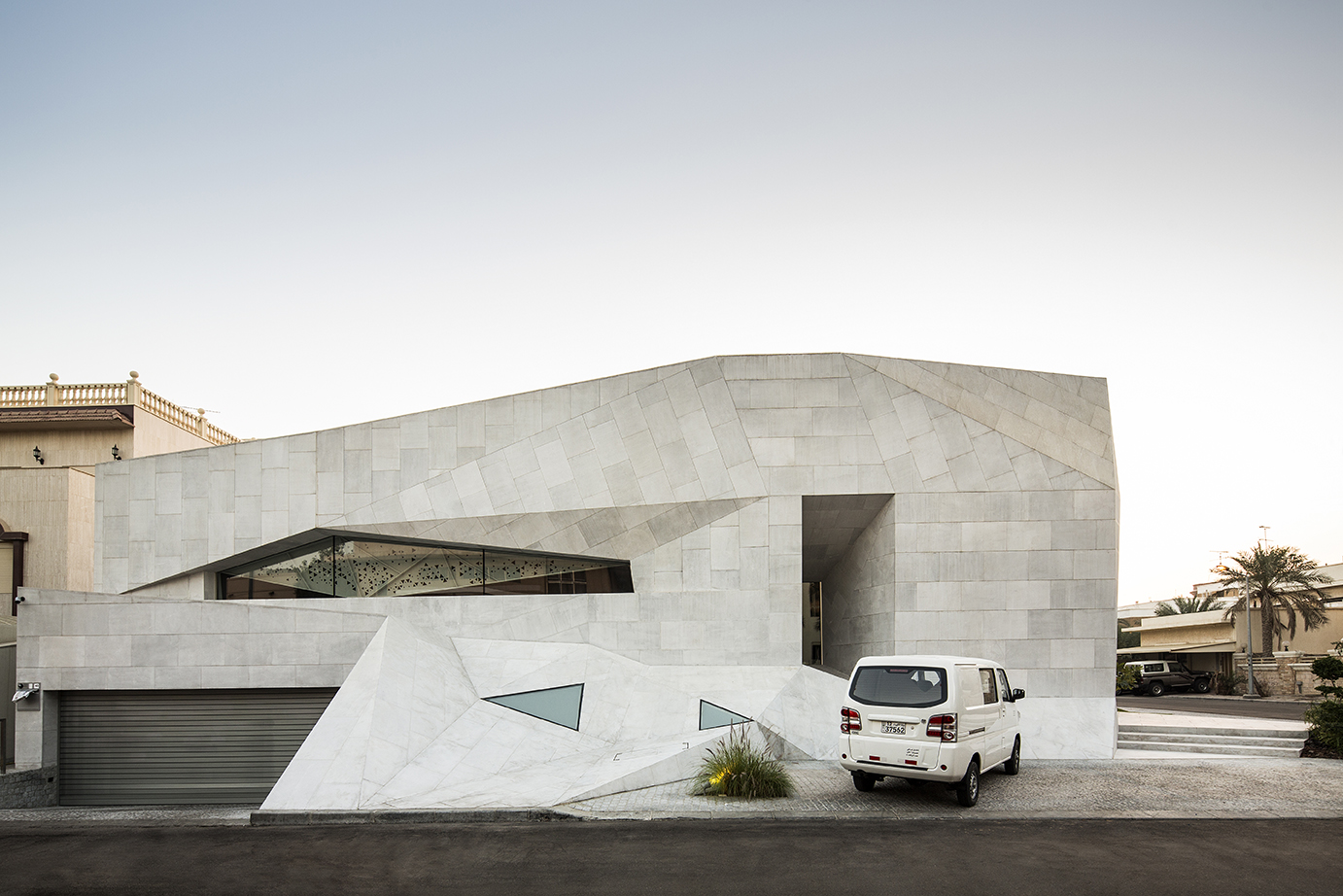 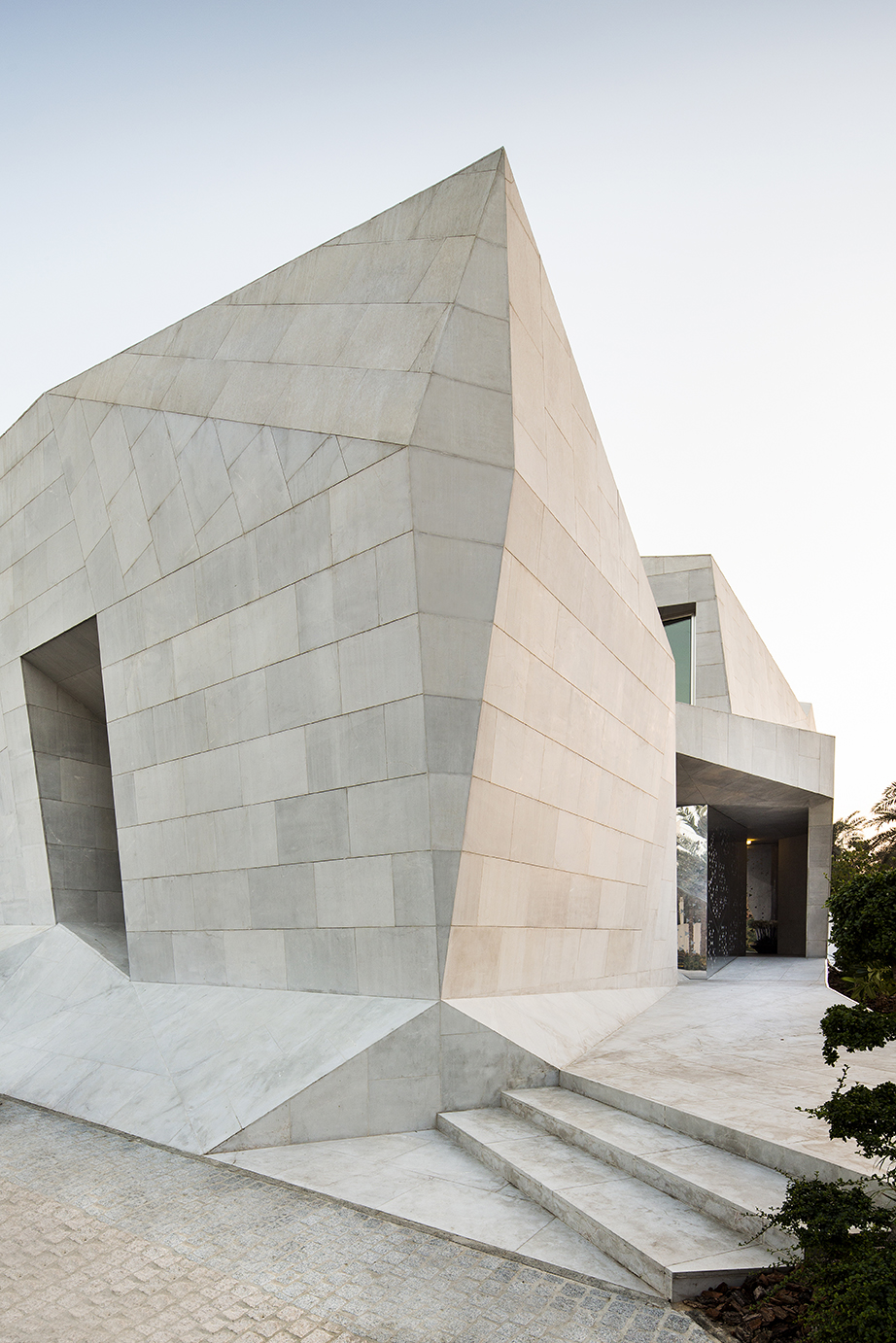 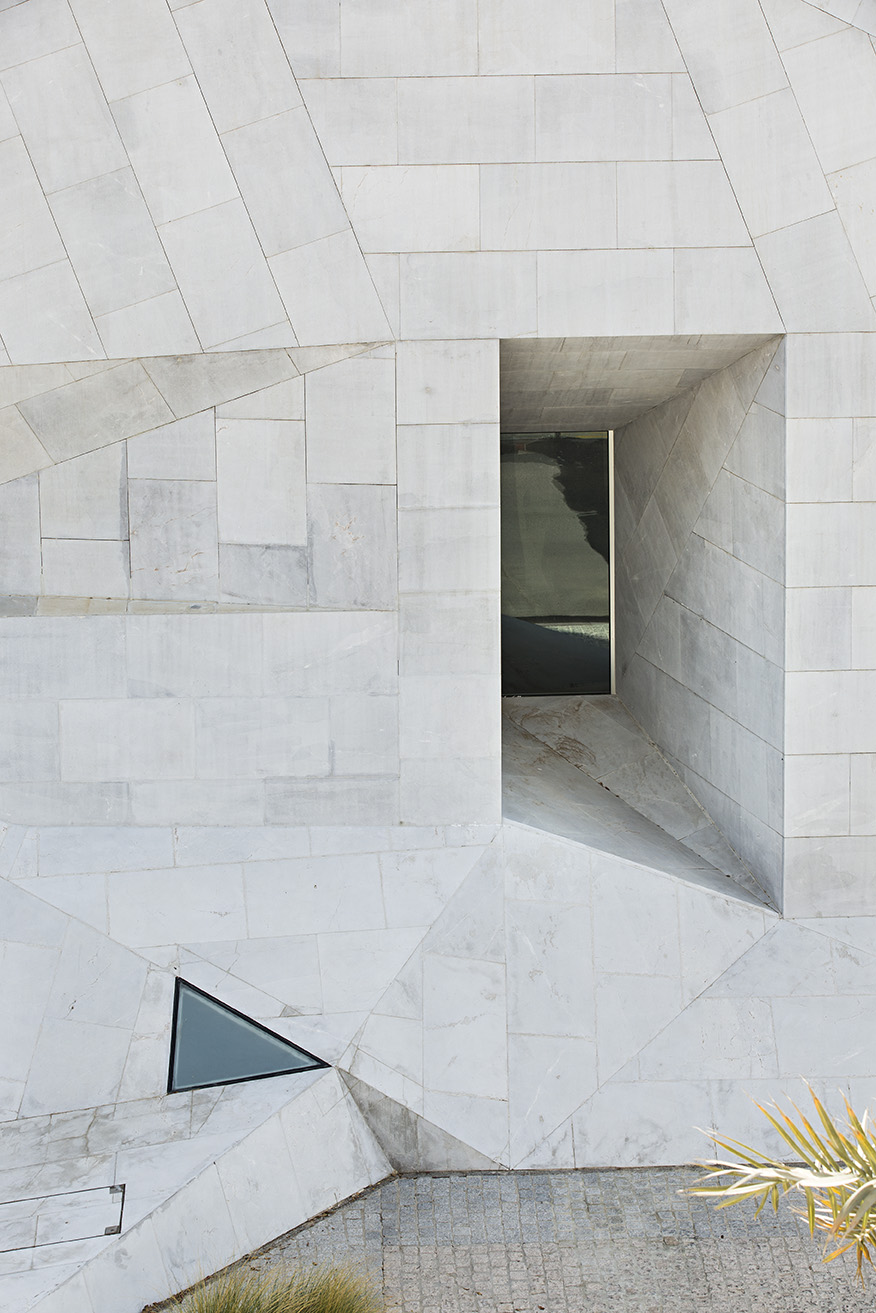 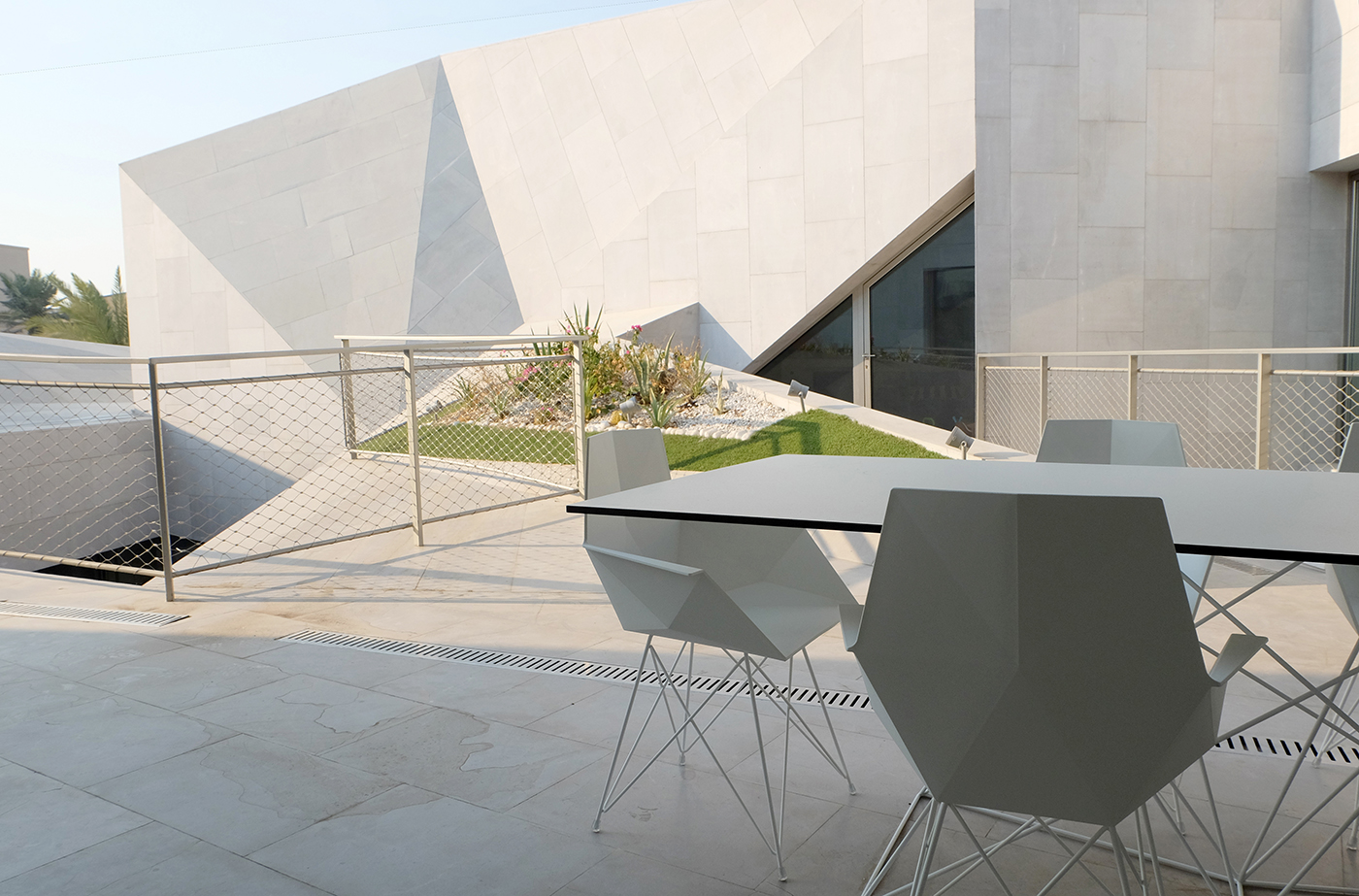 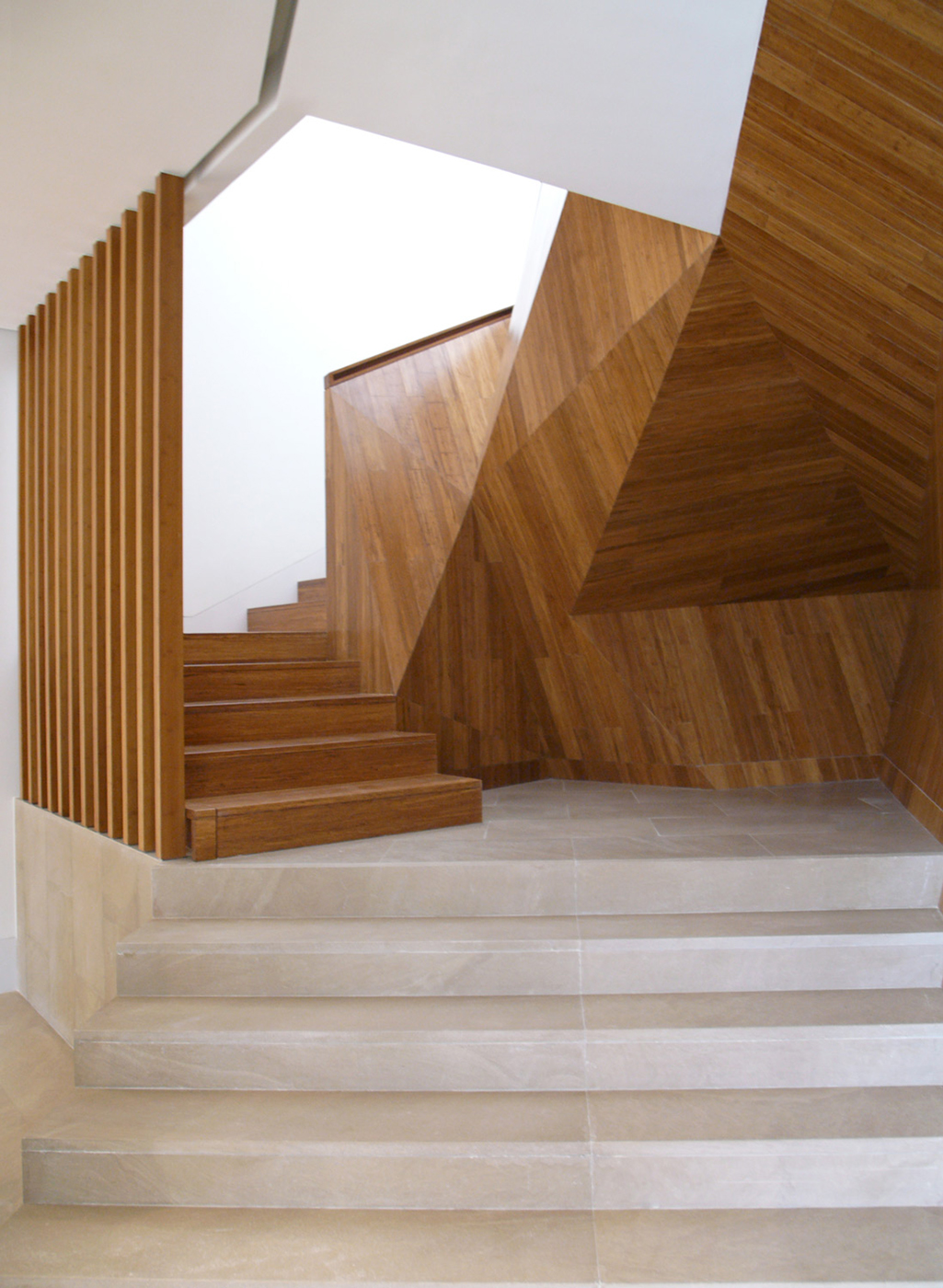 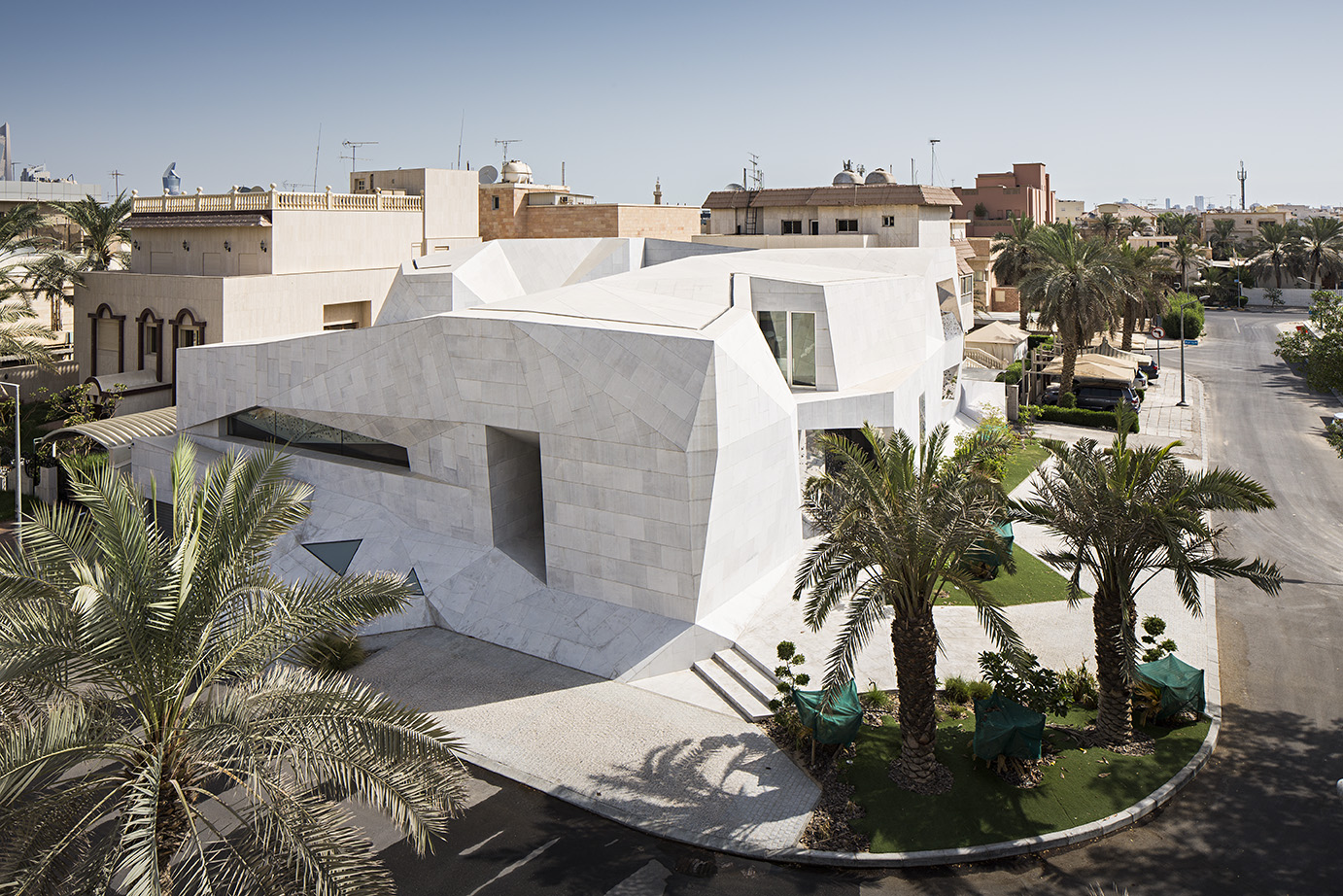