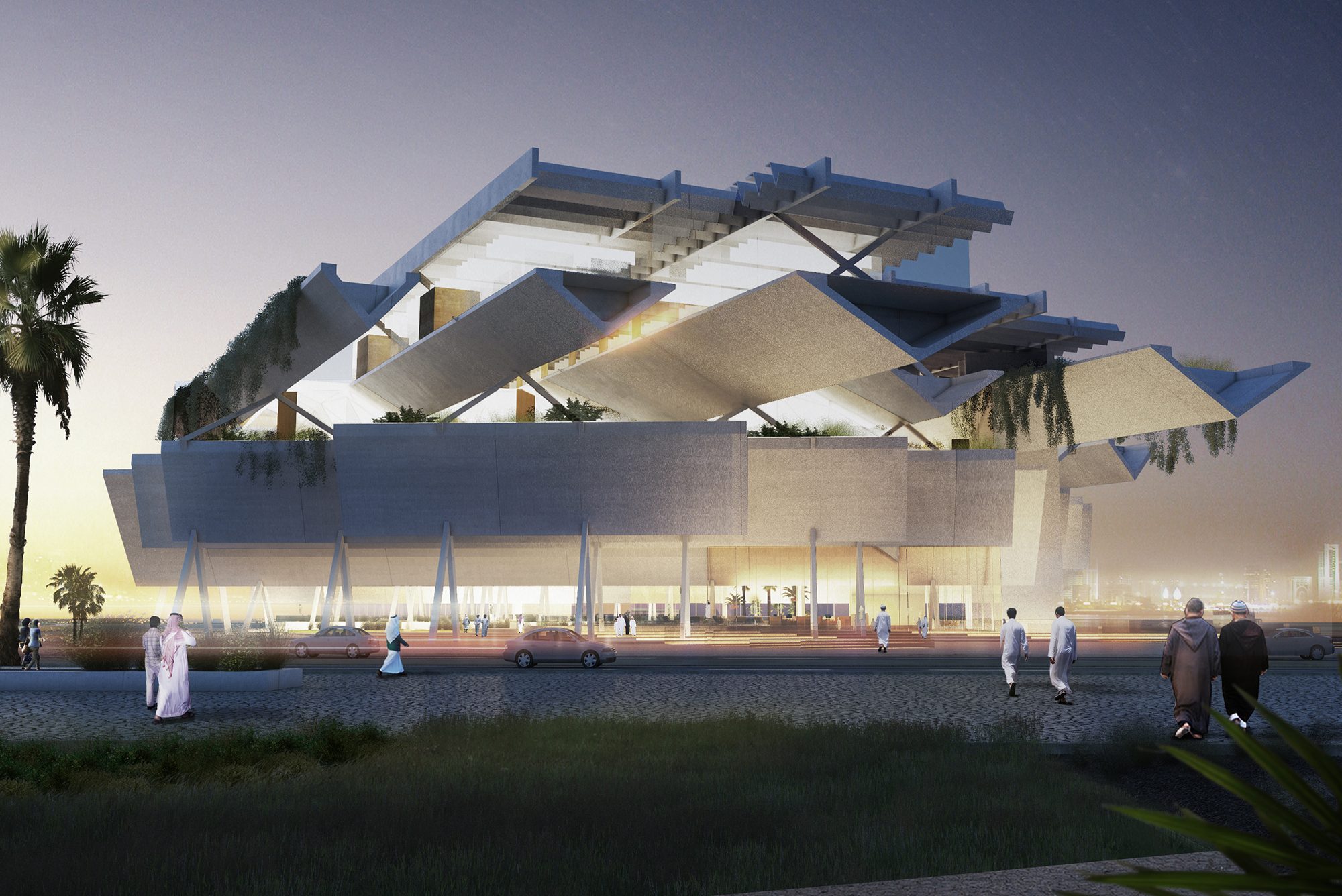 Institutional buildings need to embody the ideals and value system of any given society, with order being one of the core principles of any group. No society can prosper and thrive without it. Order is structure, it is the law, it is justice; without it, there is chaos. It is therefore extremely important that the Qatar Court House be aspirational and reflect these basic principles. The building is designed on two basic grids that are site driven, one linking it to its immediate context and the second to the larger context of Doha. These grids create stunning structural and spatial possibilities that make the building stand out visually so that people can see their ideals reflected in built form -structure, order, transparency, ambition -all of which are the ideals of Qatar’s growing society.

One of the fundamental questions for a civic structure is how is it approached and how is it perceived? The project brief contained a dense program that would occupy only 40% of the site, which would yield a type of vertical structure. This verticality however in the context of modern day Doha does not read as institutional. We sought to expand the ground plane across the entirety of the site, creating a public plaza and in doing so altering the proportion of the building. Floating above the plaza is the main structure carrying the central courtrooms, signifying that the law is above everyone. These subtle gestures ensure that the plaza act as a threshold between society at large and the justice system, making the Qatar Court House an open and welcoming building, rather than an ominous, insular one. At this scale, the floating structure acts as a literal and figurative canopy: it offers protection from the elements and a place where one can seek refuge from the greater population. The geometry of the floating structure ensures that there is ample light that fills the plaza, making the building feel lighter. At night, this very interplay between the volumes themselves makes the building visually striking. 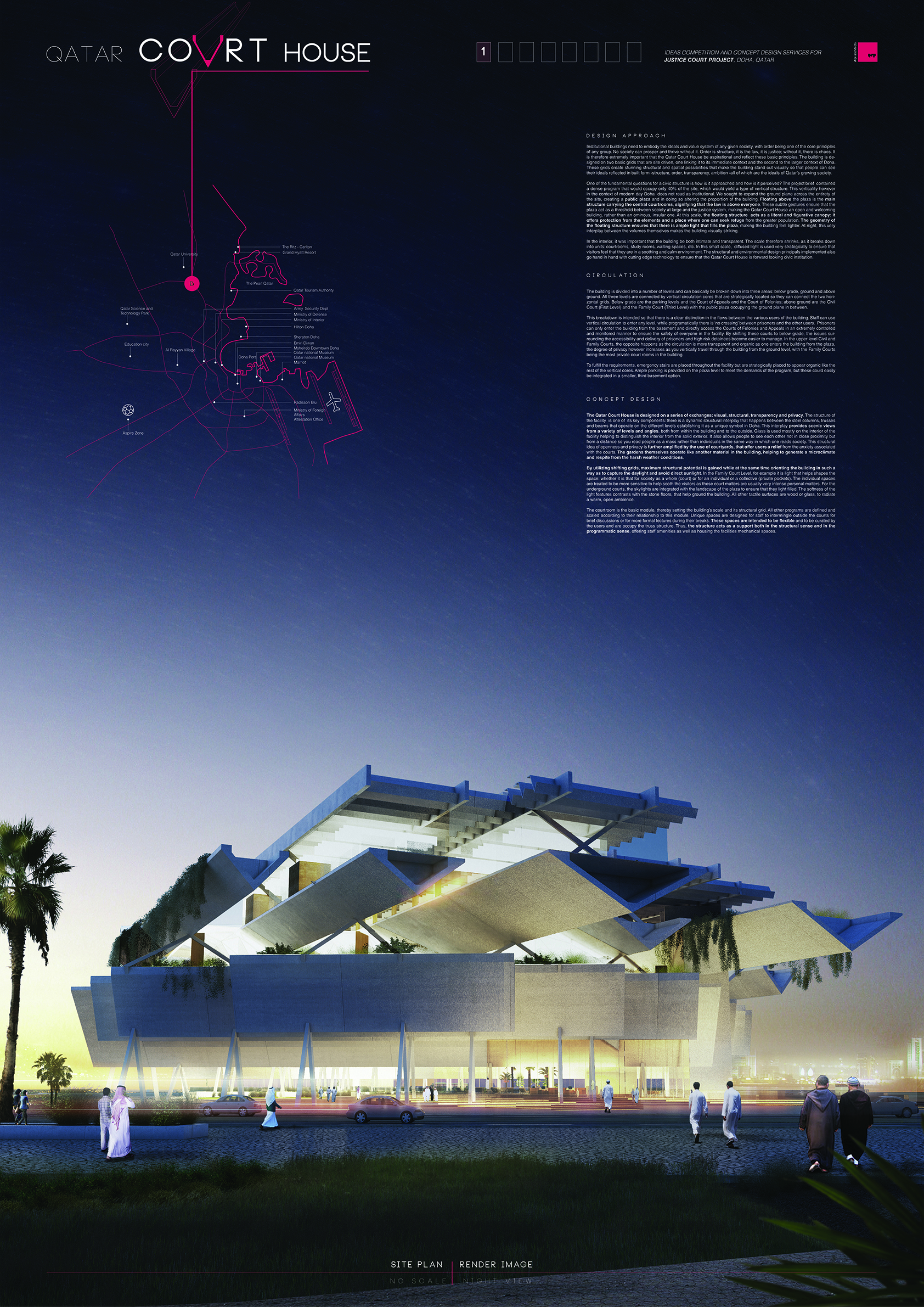 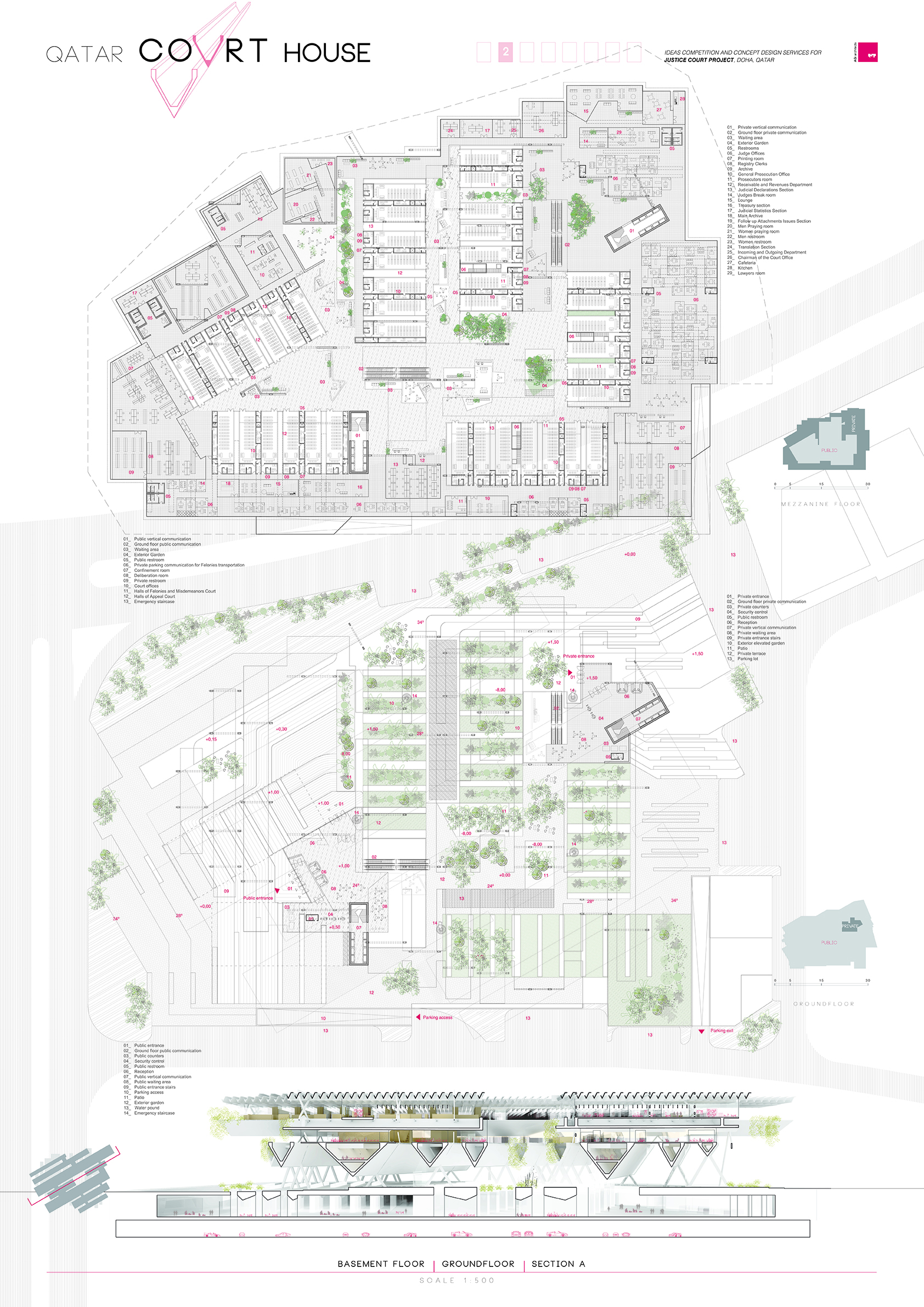 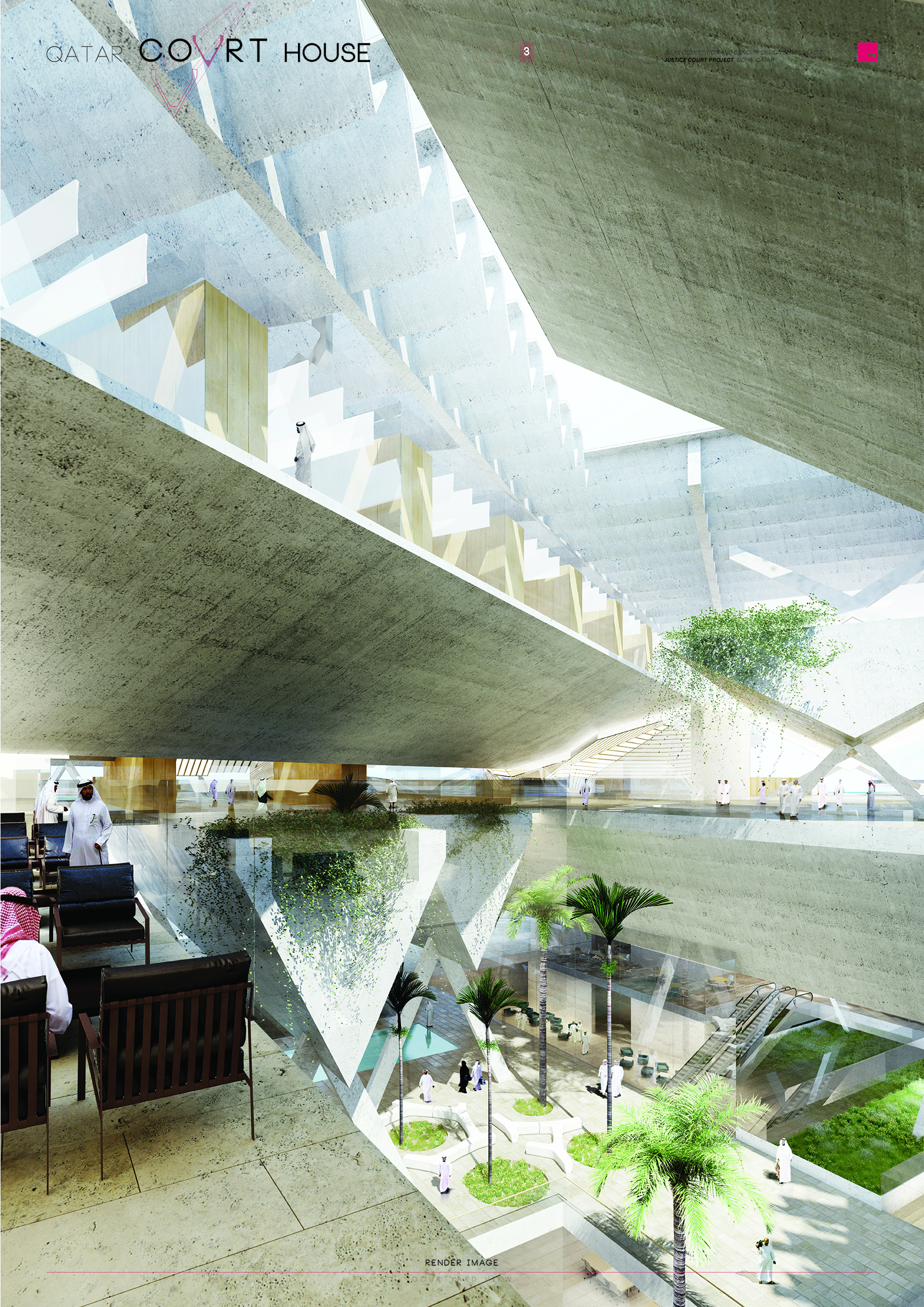 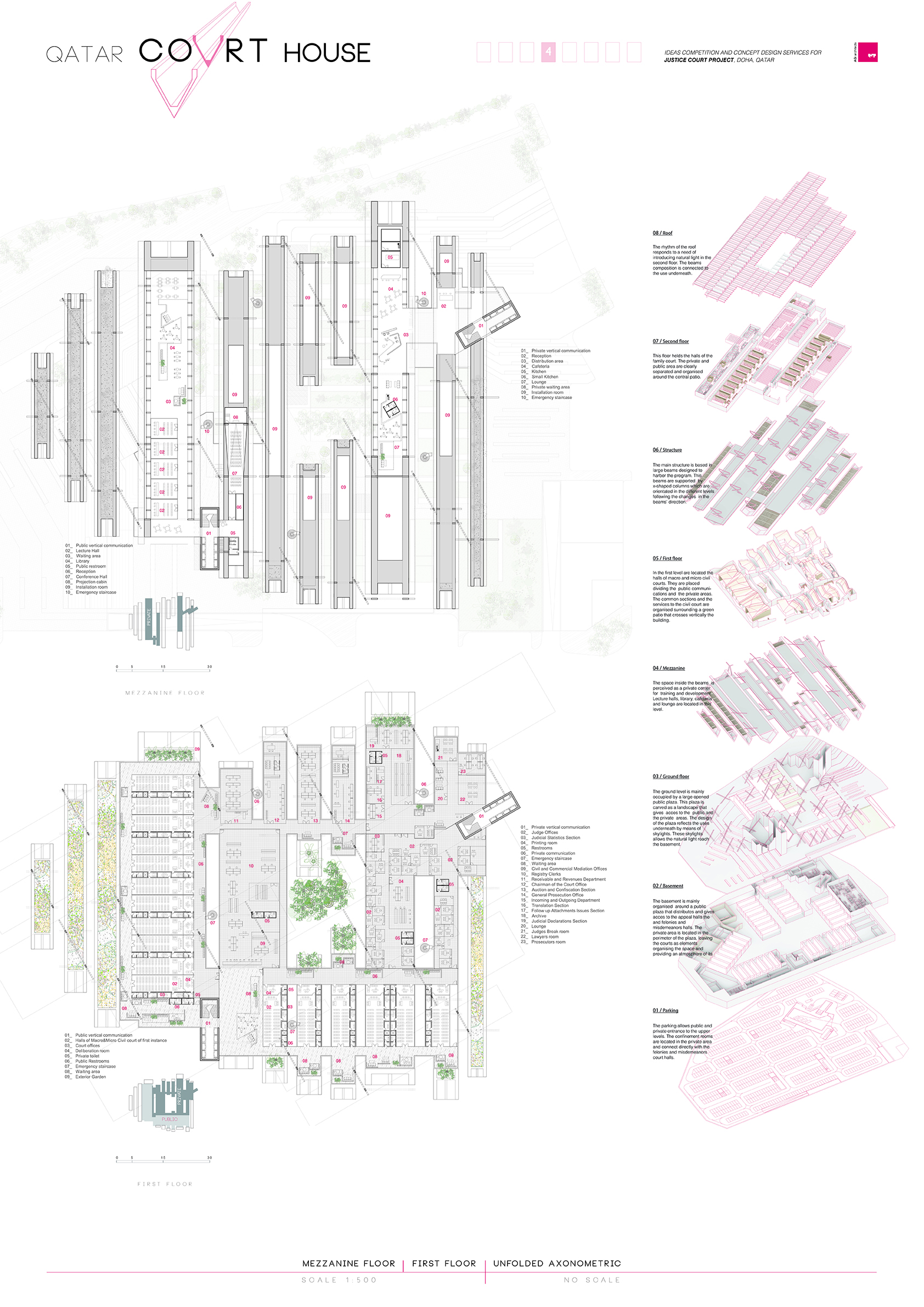 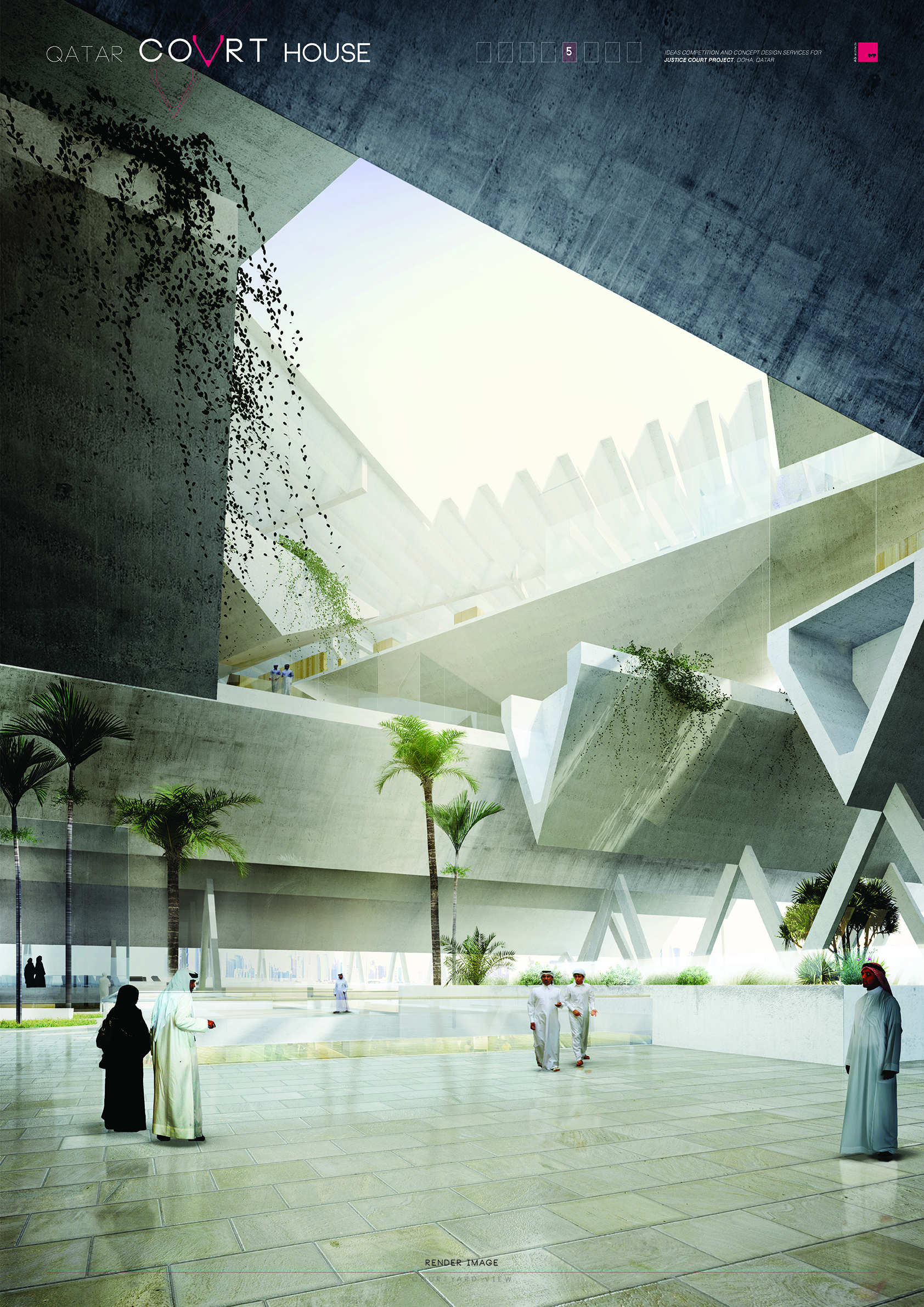 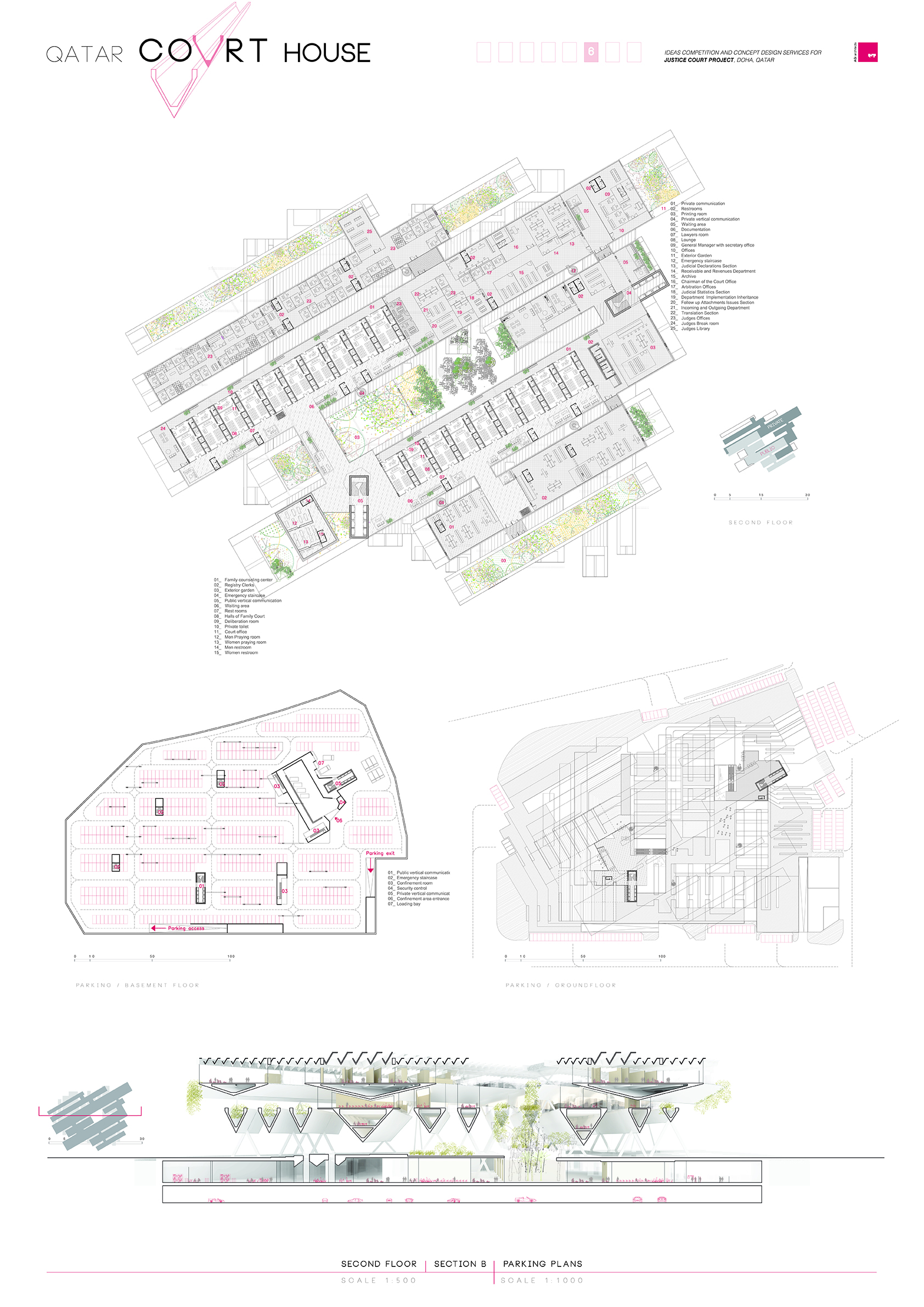 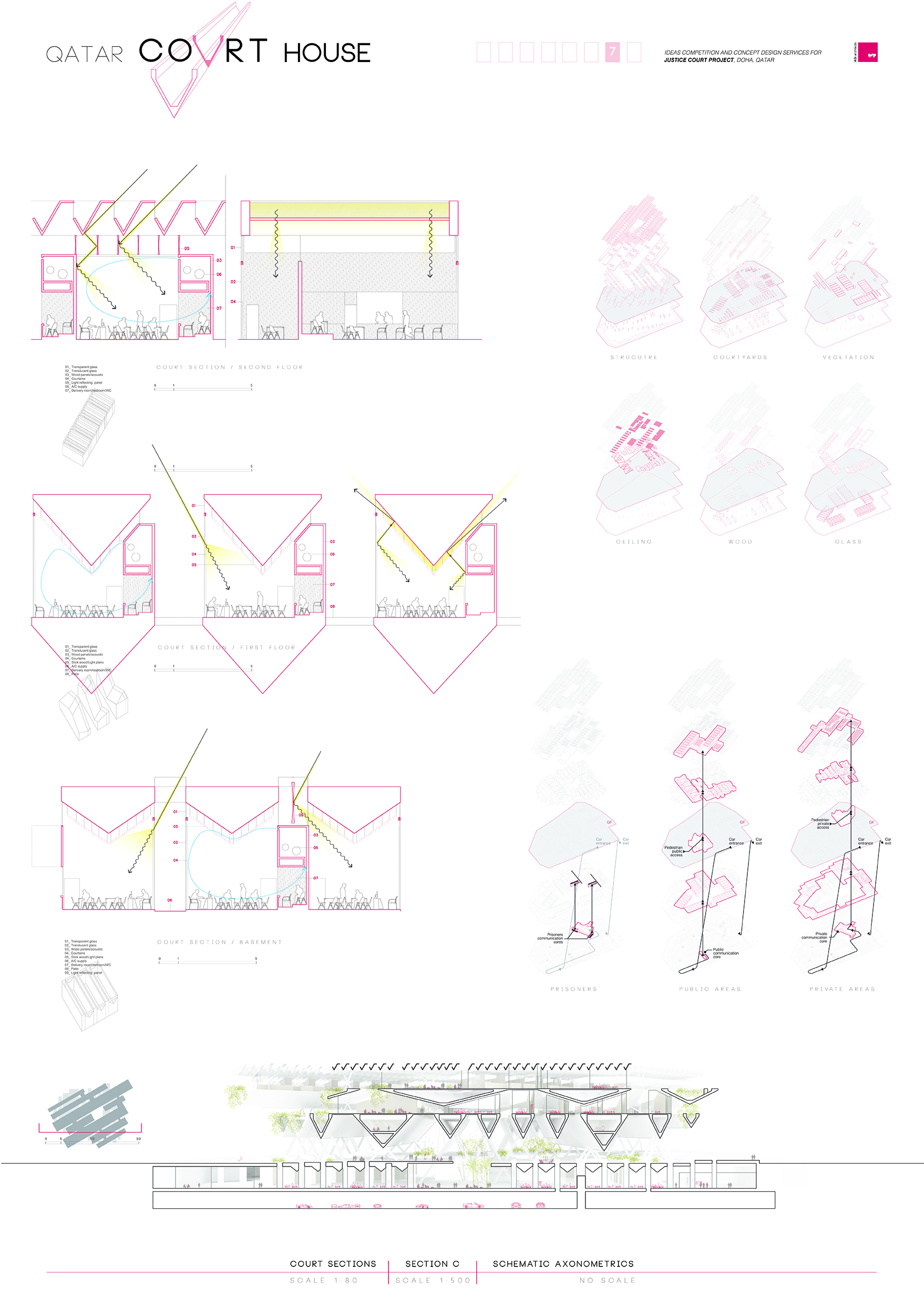 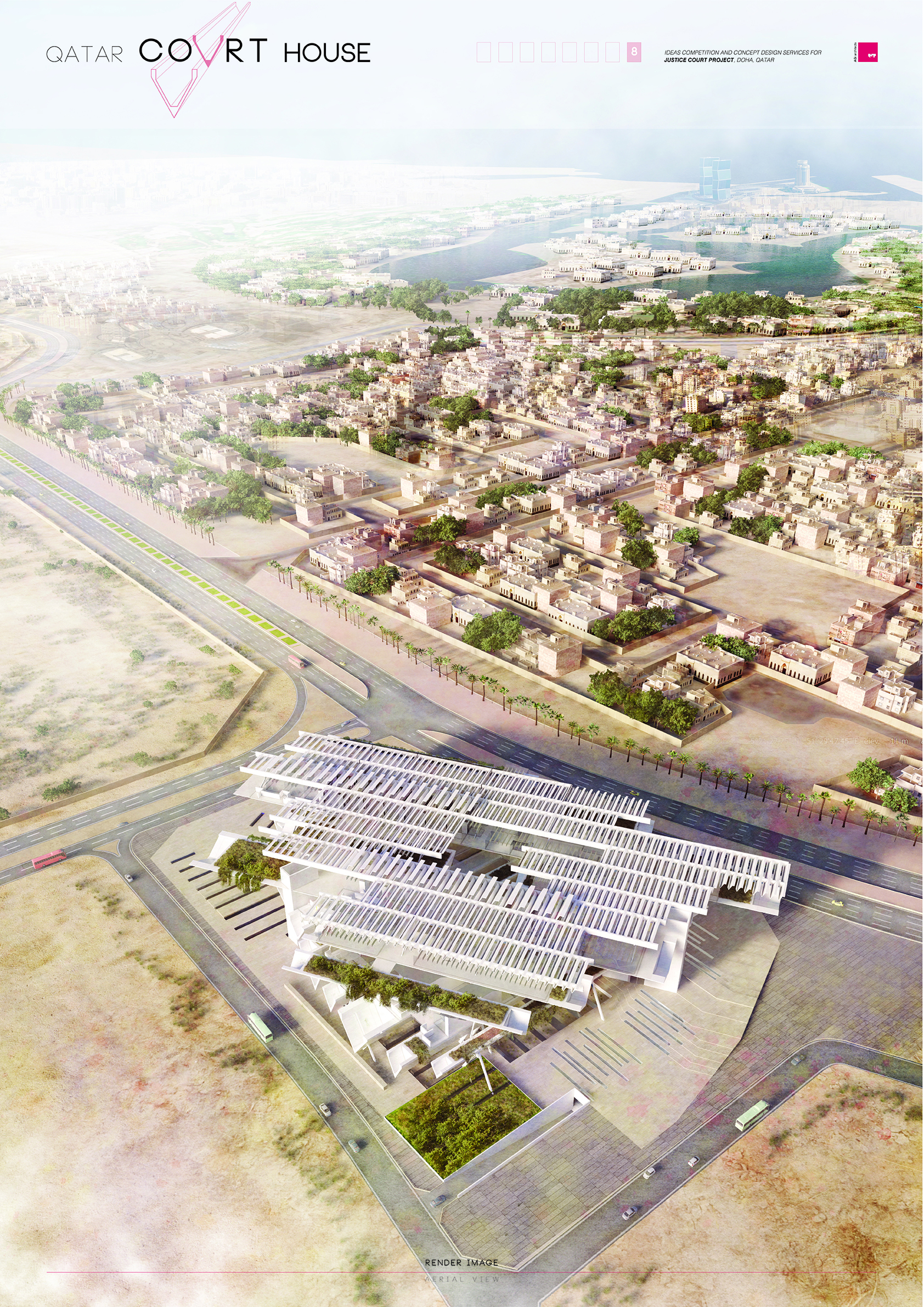