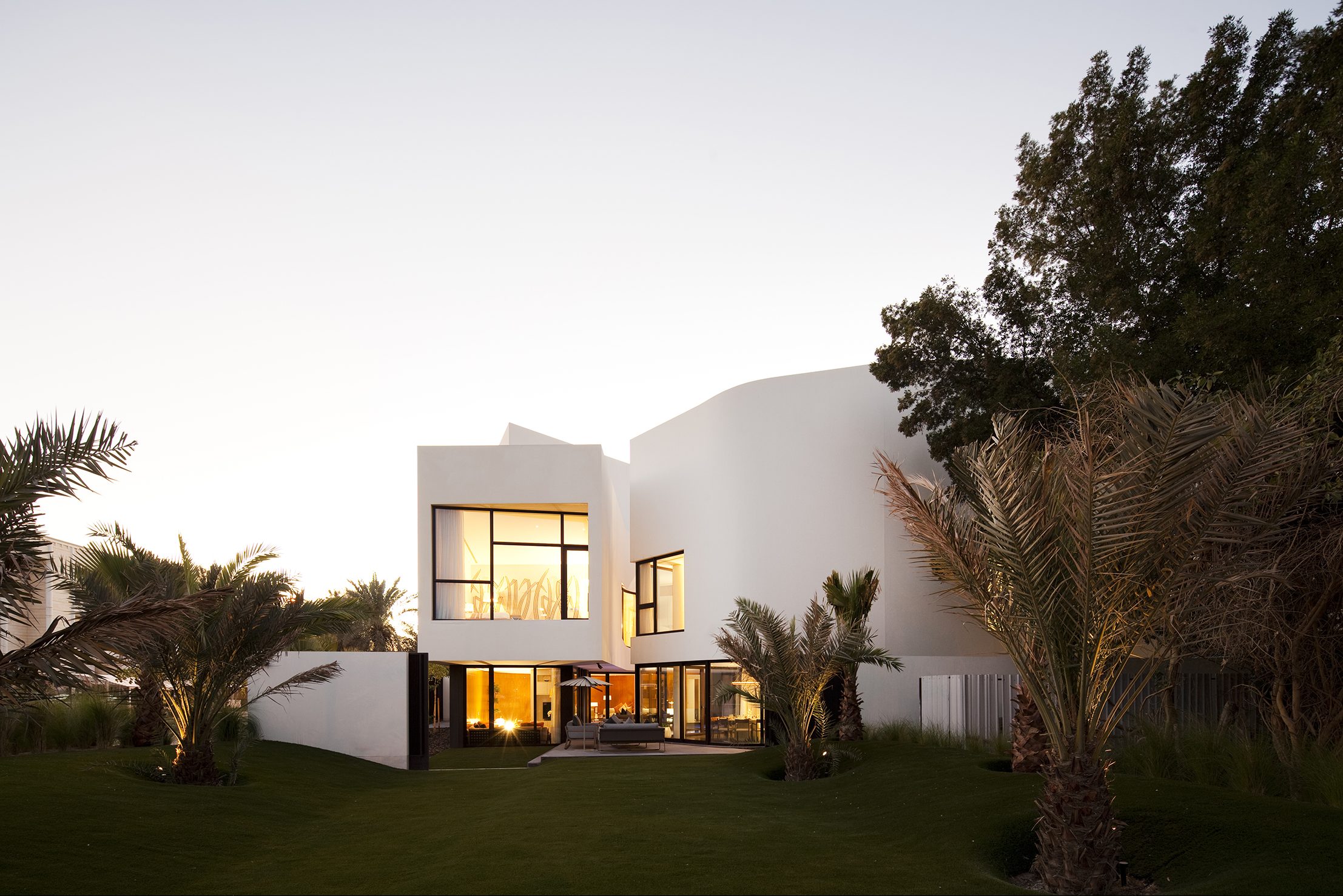 The site can be accessed from either side of the surrounding streets to allow for both a private and a public entrance. After moving along a curved wall that guides the visitor from the exterior of the plot into the center, one reaches the main entrance into the house. Upon entering through the main door frame, the space opens up to reveal the swimming pool and the public living areas of the house. The form of the residence is reminiscent of the movement patterns of a mop, from which flexible volumes are organized diagonally around a central axis. This axis twists upwards to generate spaces that are channeling the vision in different directions: the front side of the house, side gardens and angles of the back street. The circulation surrounding the patio on the first floor contrives of a succession of living spaces, which not only communicate to one another, but also relate visually the interior of the patio to the exterior. The first floor overhangs to shade the rooms on the ground floor, and the patio is designed to define a break in between the volumes of the house, which subtly reveals a side garden. The residence was originally planned to house one family with two small children, however in the future it could be divided into two units. The structure of the house and the distribution of the circulation, as well as the positioning of the entrances and lift allows for guaranteed privacy between parents and children in the prospective future. 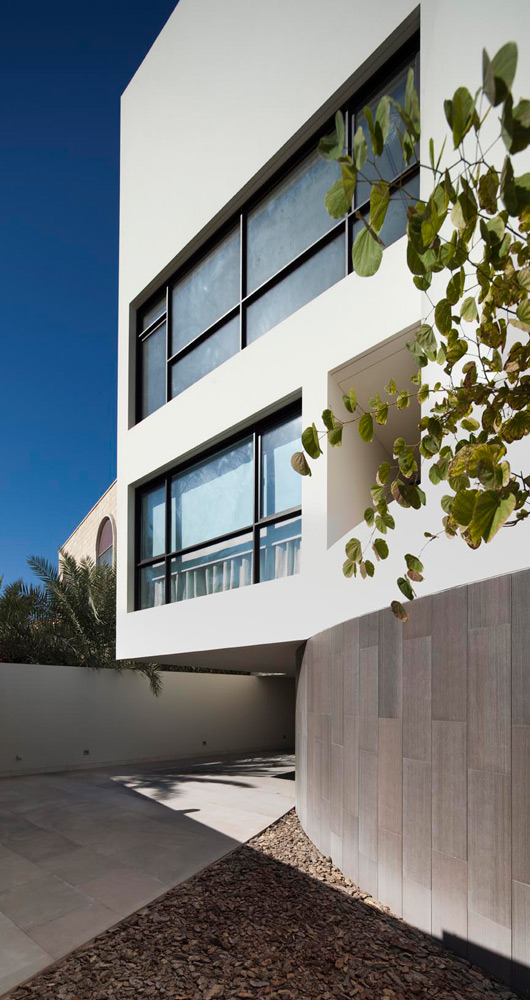 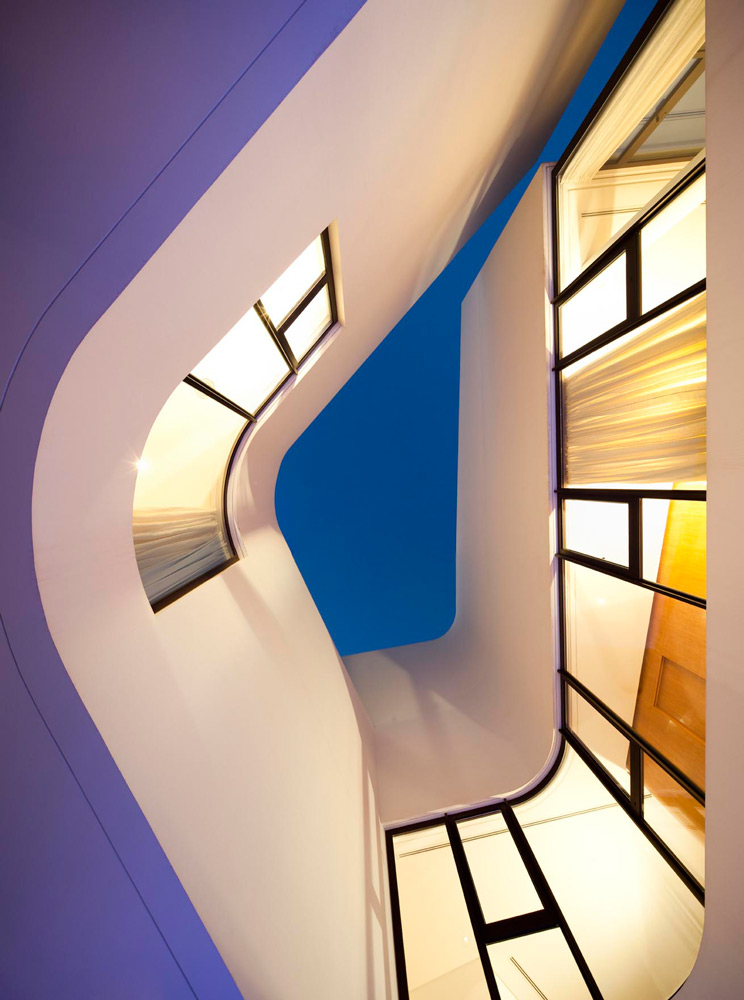 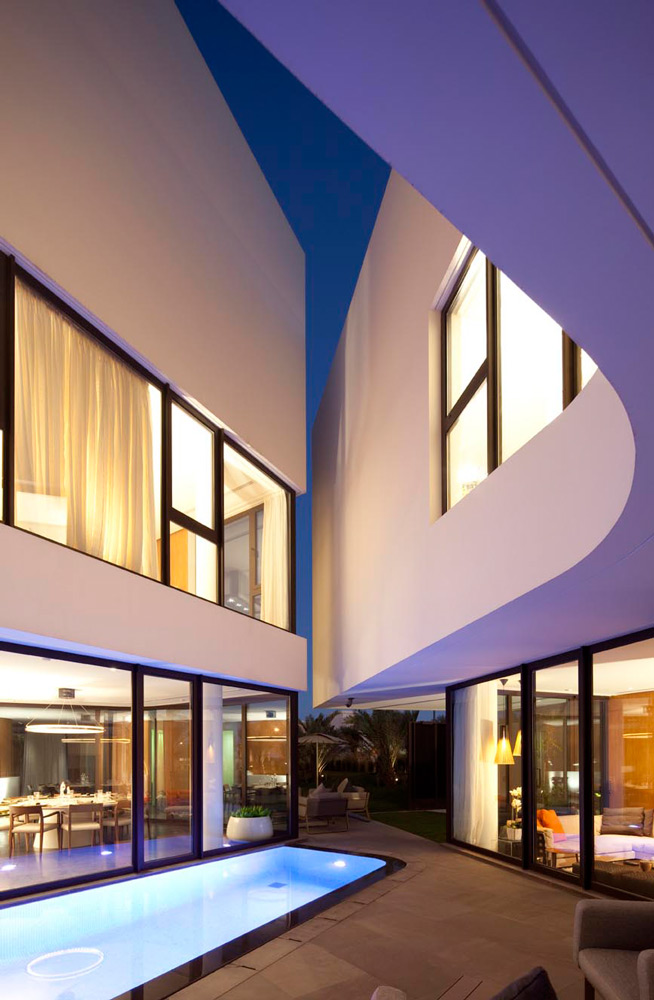 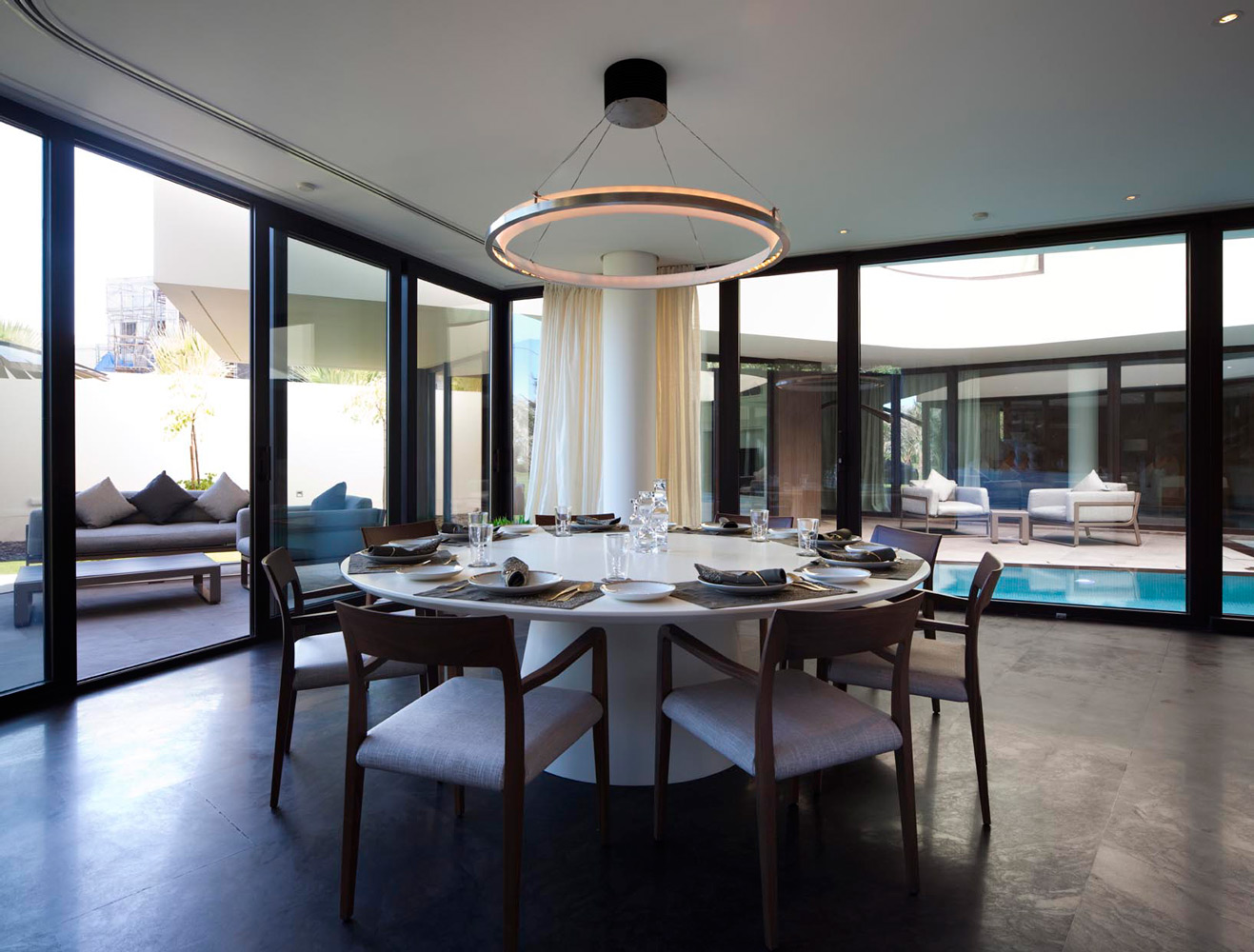 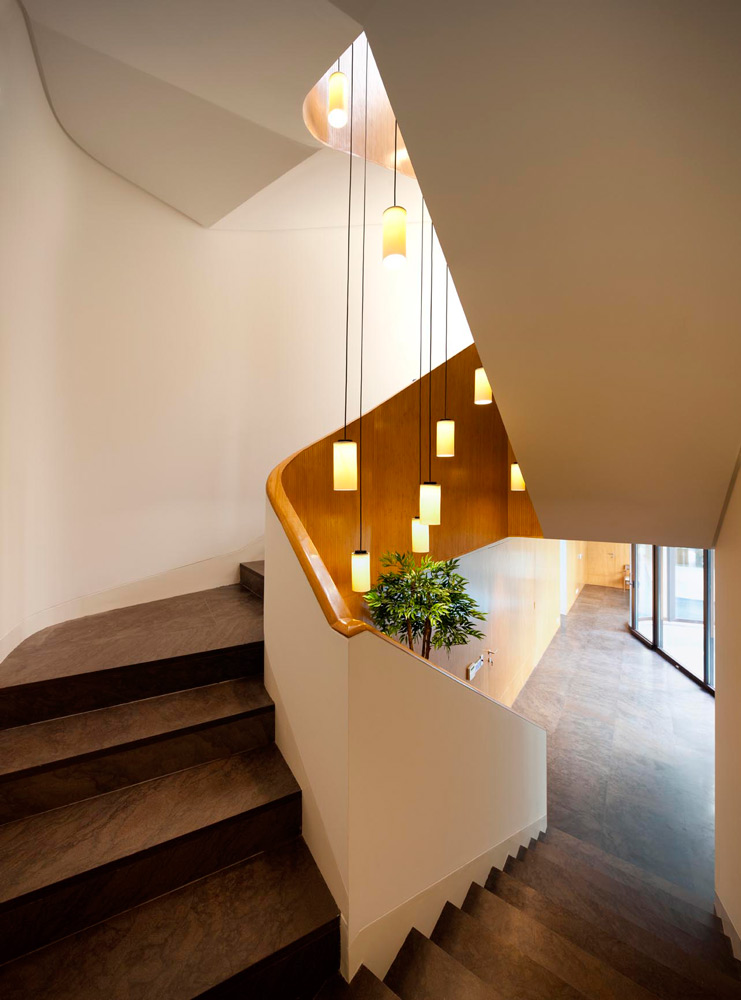 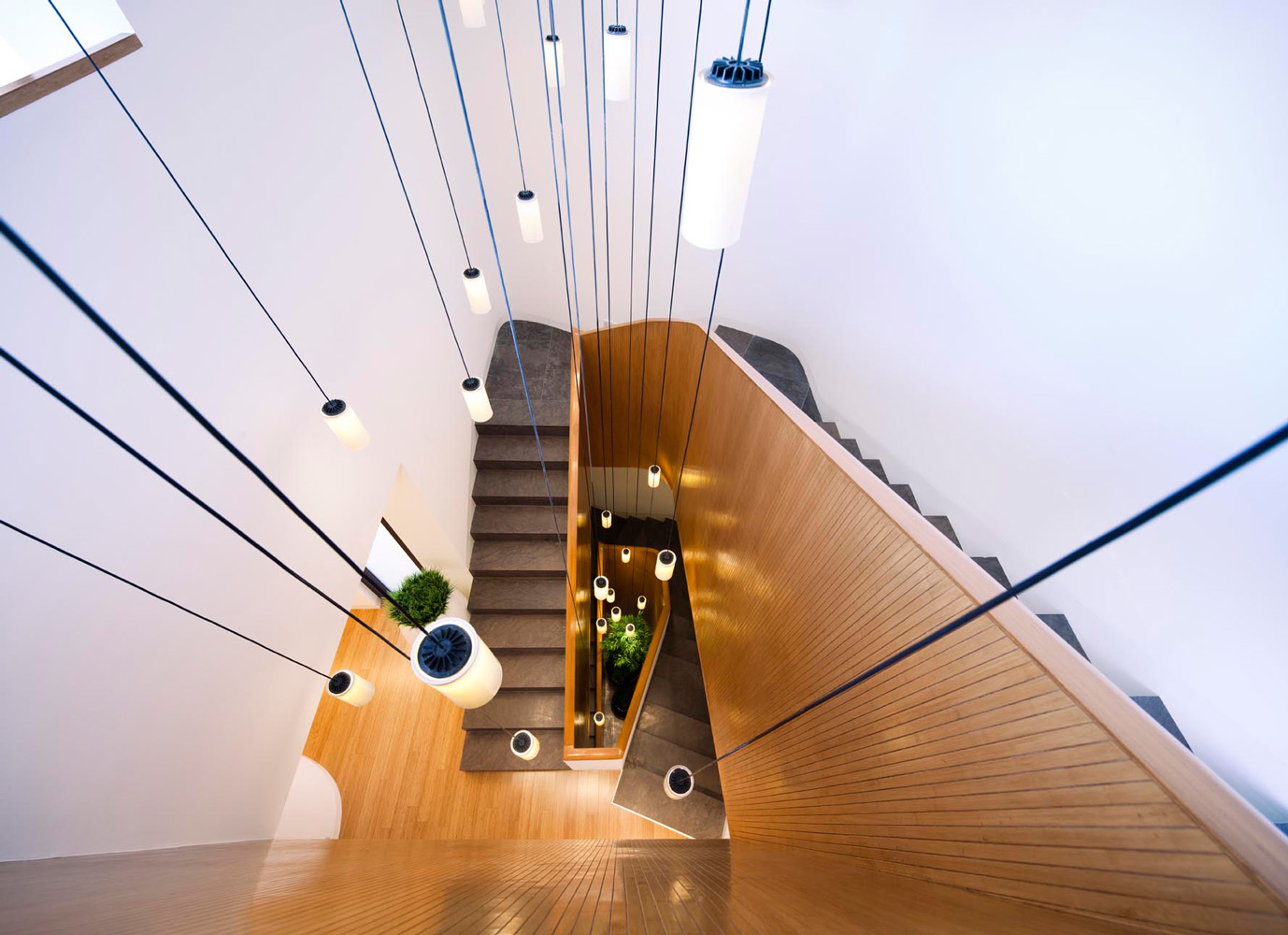 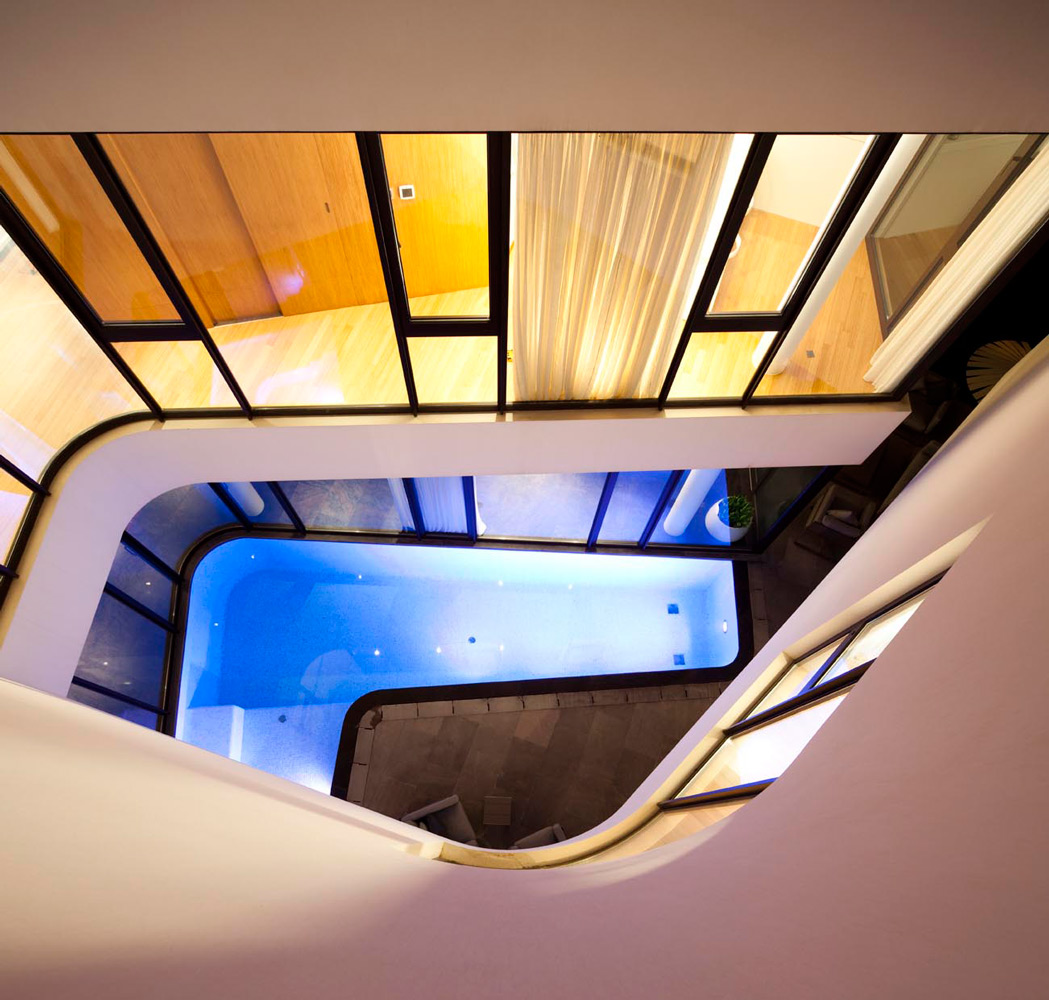 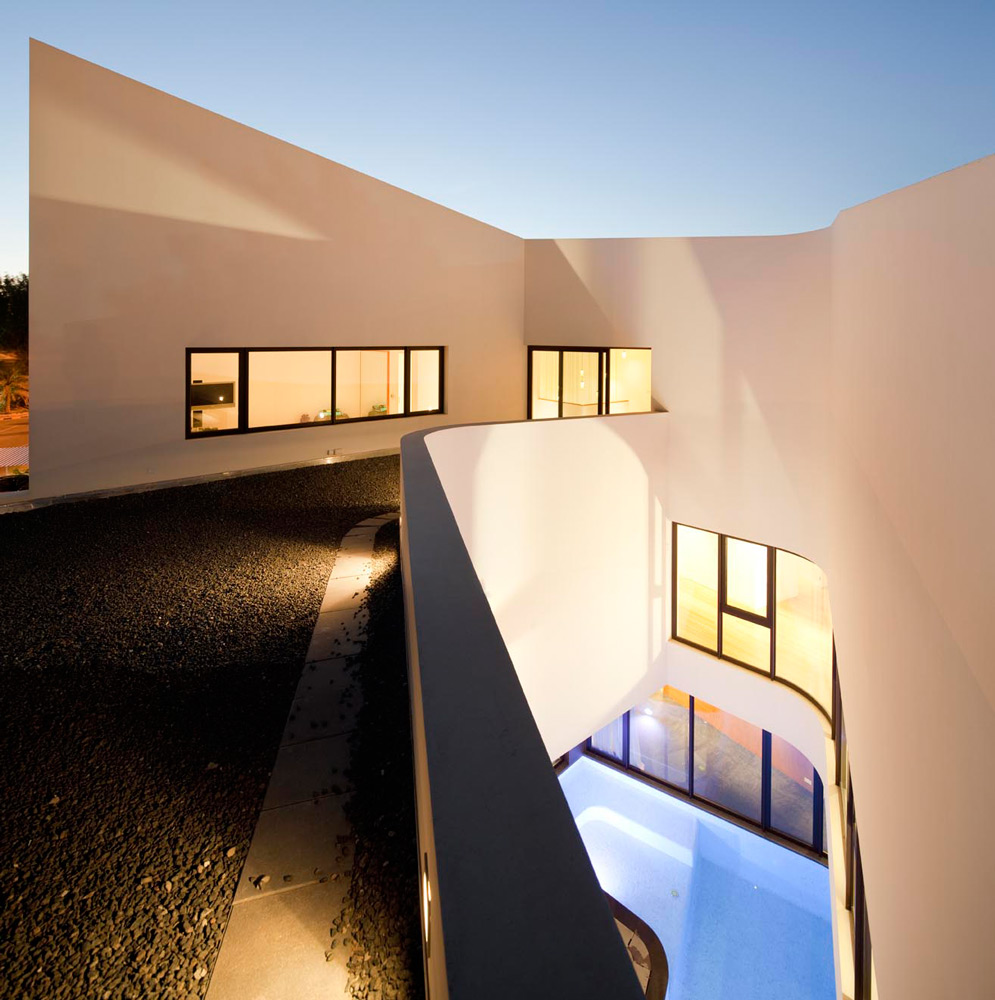 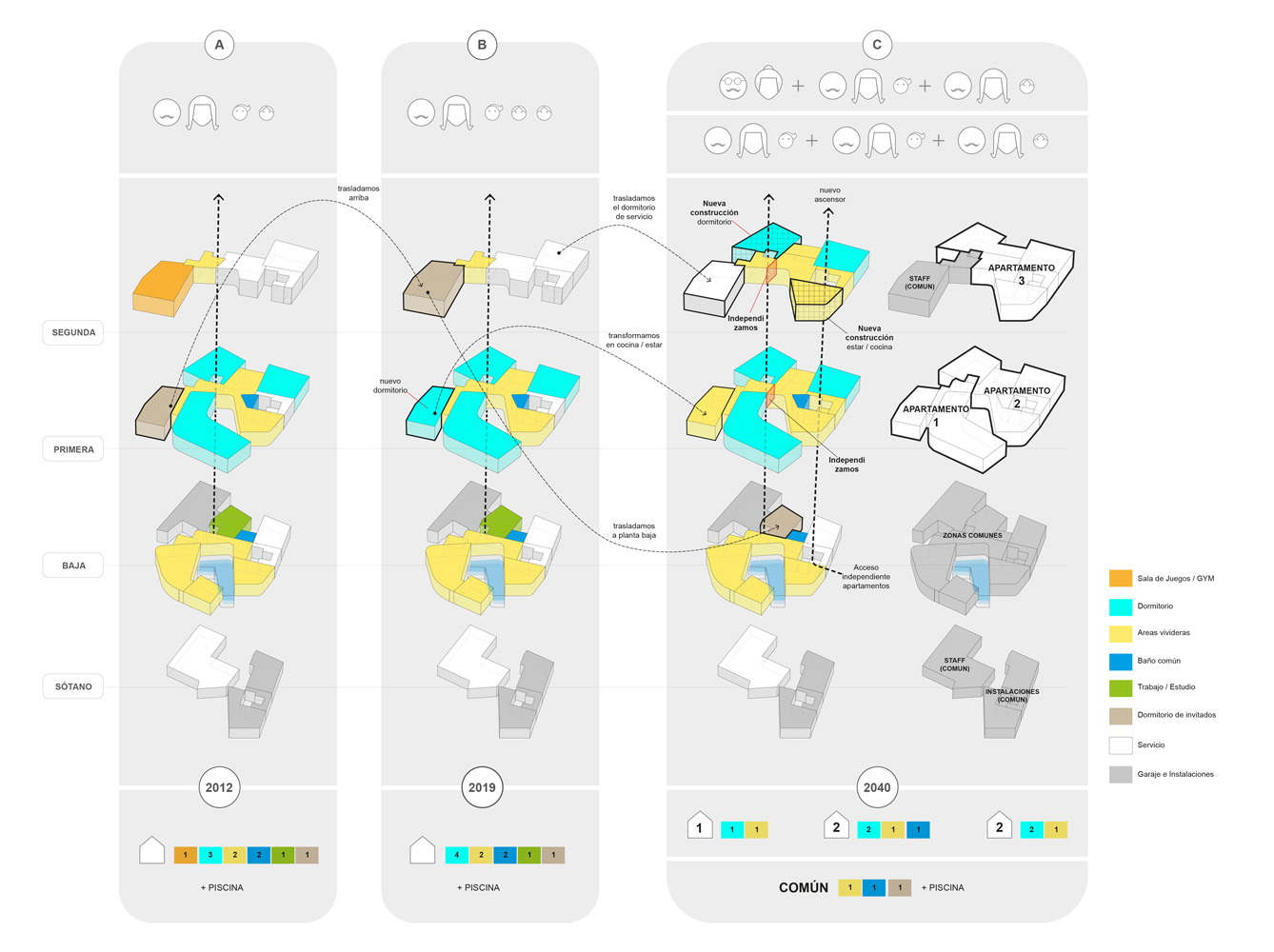