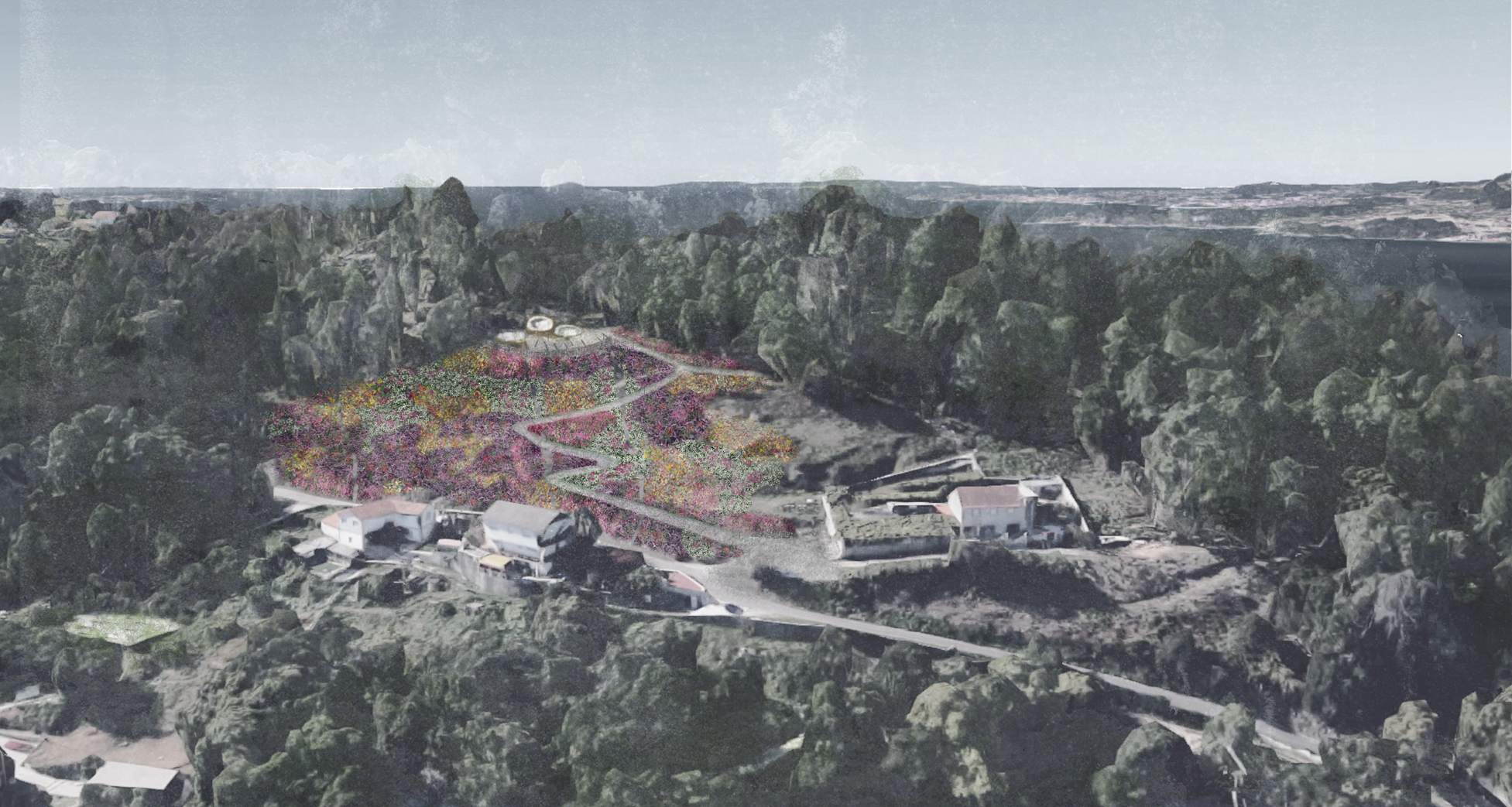 The proposal takes as its starting point the intrinsic nature of the proposed program: the creation of a space for the preservation of memory in a natural environment chosen as a living place hundreds of years ago. The proposal enhances the apprehension of the natural and archaeological landscape, bringing the observer closer to nature but also to that imagined and projected abstract world, through a non-formal intervention. As a natural museum, it recreates the memory of landscape through the maintenance, consolidation and recovery of the lost native vegetation. In order to do this, a guiding proposal, an abstract system composed of different layers, is established with the intention of transferring ad hoc knowledge for each of the sites, integrating them into a unique network for the interpretation of the Galician archaeological landscape. –Pikes, Grids, and Quadrant- An orthogonal mesh based on the archaeological methodology of excavation by strata sectorizes and catalogs each area of the site and its immediate surroundings. At the vertices of the mesh, the generating museographic element appears: the Pike, which allows to narrate and illuminate the visitor’s experience as well as to create an alternative visual landscape closer to the world of the uncertain, the unknown and the buried. –Vegetable Soil- The proposal analyzes the historical evolution of each “castro” and its surrounding landscape in order to recover the original state of the settlement. Slopes, excavations and plant species will be restored, according to the ‘ways of doing’ of the natural and geological native environment together with the building operability and the inherited local techniques. –Paths and Soils- Different paths across the sites are designed enhancing perception. Walking speed, floor textures, the sound of footsteps, the color and the scents of the surrounding vegetation… amplify the experience of the observer directing his steps through the archaeological site. –Light actions- This experience is completed with a lighting proposal organized in two levels. The first one is a horizontal plane of lightning displayed on the floor in the form of occasional photo-luminescent paintings. The second one is a dispersed constellation of spotlights integrated in certain pikes and displaying different intensities and colors. –Sound Actions- The pikes become witnesses that storytell the historical past. Sounds, music and information of interest will be heard at strategic points. Footsteps, the rustling of the soils, the murmur of the wind moving leaves, branches and shrubs, are the instruments that interpret the music of the natural environment. –Types of soil- Pavements will always consist of natural materials related to the territory, having different densities and hardness, colors and textures depending on where they are applied: wood and bark for the forest areas; aggregates, gravel and boulders for the archeological sites; ceramics and mixed soils for the pathways. –Plant species- A new vegetation intervention covers the landscape, helping to create a new reading of the environment that clarifies the different local landscape units: closed forest, open wild pastures, scrublands, vegetal and rock slopes. 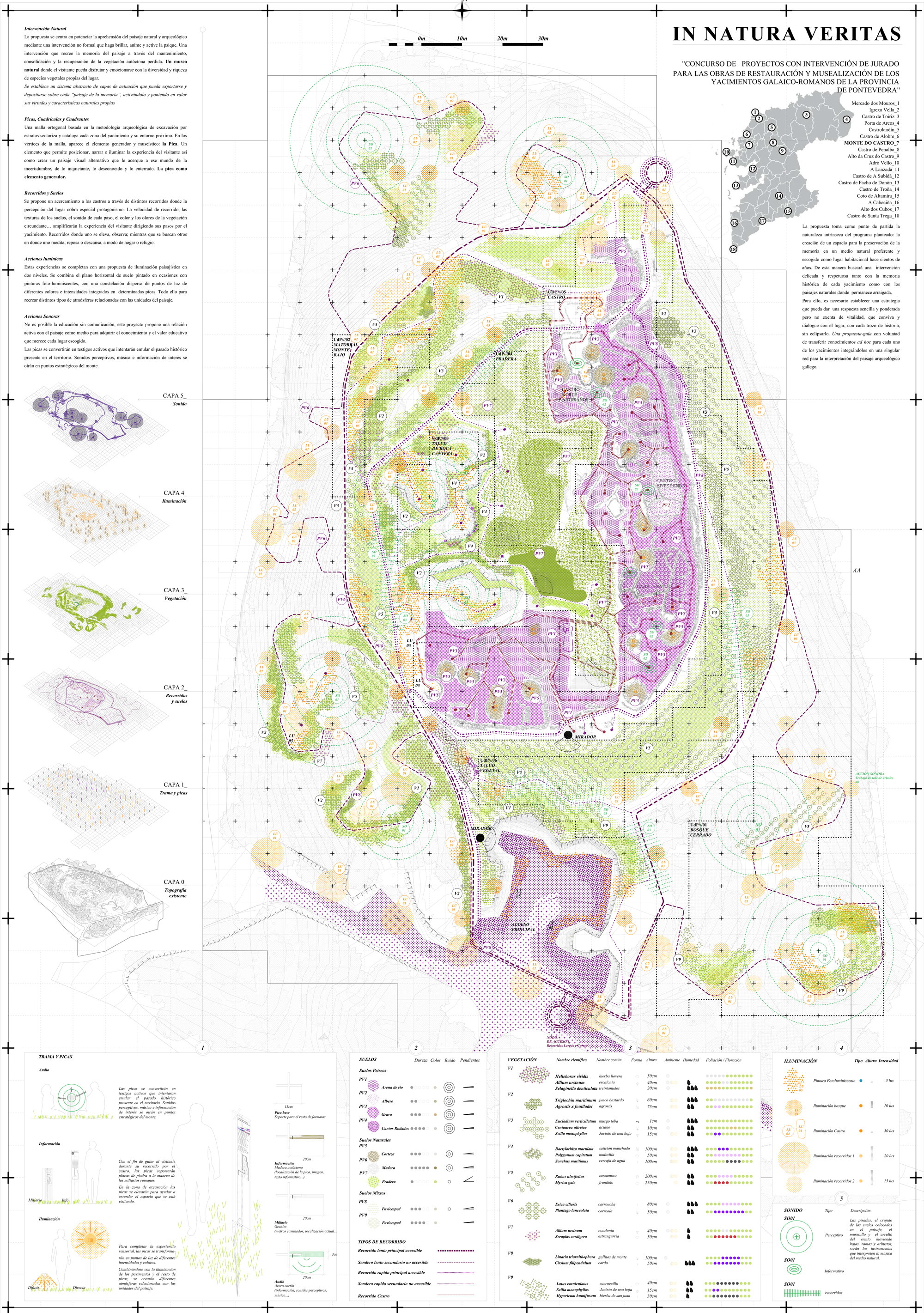 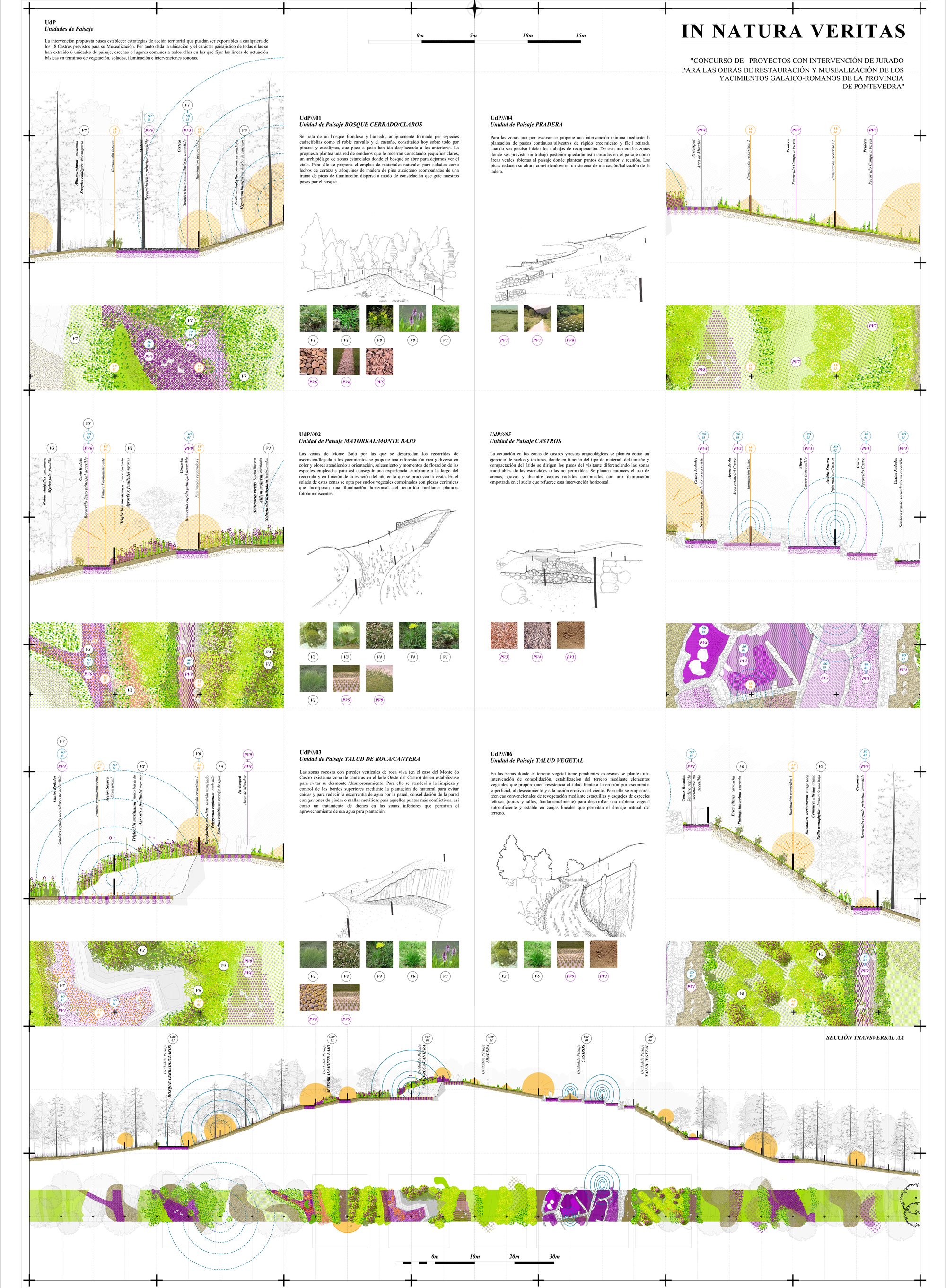