Which would your house be if it belonged to the same Zodiac sign as you? Houses and Zodiac signs: we went through twelve amazing homes, marked by the horoscope.

Aries, a fire sign, is driven to action. Aries is strong-willed, a leader. The Sheats-Goldstein House, designed by American architect John Lautner, would surely be an Aries. We may remember this house for its appearance in various Hollywood films, such as The Big Lewonski and Charlie’s Angels: Full Throttle. This house reflects the impulsive and independent temperaments of its fictional owners. Its stunning and strong roof shows the frank and forthright character of Arians. The angularity in all rooms, and the transparency of the house, enclosed by glass, reflect the direct style, the security and the energy of Aries. The house, built between 1962 and 1963, has been donated to Los Angeles County Museum of Art (LACMA).

The Kaufmann residence, better known as the Fallingwater, was built by American architect Frank Lloyd Wright between 1936 and 1937 on a leafy plot in the State of Pennsylvania. Built with stone extracted from the site, and crossed by a vertical stone chimney which is the heart of the house, this house is undoubtedly a Taurus, an earth sign. Firm and permanent, its conservative and stable character is reflected in the large concrete overhangs that underline the horizontal – secure – image of the house. These concrete structures were complemented with steel reinforcements, which the client insisted on making. They have already withstood the 80-year life of the house, and even a tornado.The Kaufmanns wanted to live in front of the waterfall. Wright thought it would be better to make it «an integral part of their lives». So the house is placed on top of it, plunging into the forest like a nest that is already part of it. The taste for nature and love for a kind of beauty that appeals to the senses typical of Taurus personalities is evident in this elegant and refined house. Today Fallingwater is a national monument.

Gemini is an air sign ruled by the planet Mercury, which is said to have a double face, a double personality, as shown by its symbol, the twins. It is versatile and adaptable, loving the new. Imaginative, educated and eloquent, the Trubek and Wislocki holiday homes designed by Denise Scott-Brown and Robert Venturi and built between 1970 and 1972, are a pair of Gemini. Planned from a dualistic point of view, they present themselves through similarity and difference: alike silhouette, different size; same material, differing details. The taste for a mental, rational way of playing, is typical of Geminis, and articulates these two beautiful houses. Their design is based on the local archetype of the second residence. A post-modern language, a semiotic of the image of housing, is set in motion. These two Gemini houses, which like their sign, are self-centered but playful and erudite, speak eloquently about themselves and also about the history of architecture. 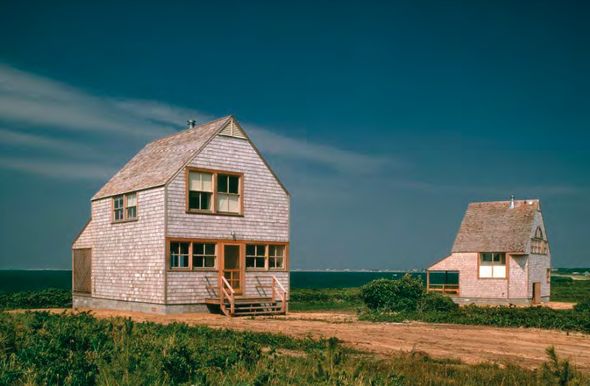 As we wrote in another of our blog articles, Case Study House 8 is a house full of memories, inhabited by the objects of a life, which are loved, and collected during the years. This house is a cancer personality, a homely sign, rooted and with a strong emotional memory. Cancer is always aware of the wellbeing of the group, tuned in to the collective energy, something that its architects Ray and Charles Eames took very much into account. The Eames were fantastic hosts, and in their lives, the act of gift-giving became central. «The motivation behind most of the things we did was that we wanted them for ourselves or wanted to offer them to someone. And the practical way to do that is to make gifts…» The rich inner world of the Eames household, a loving haven, is certainly a cancer-ridden universe. 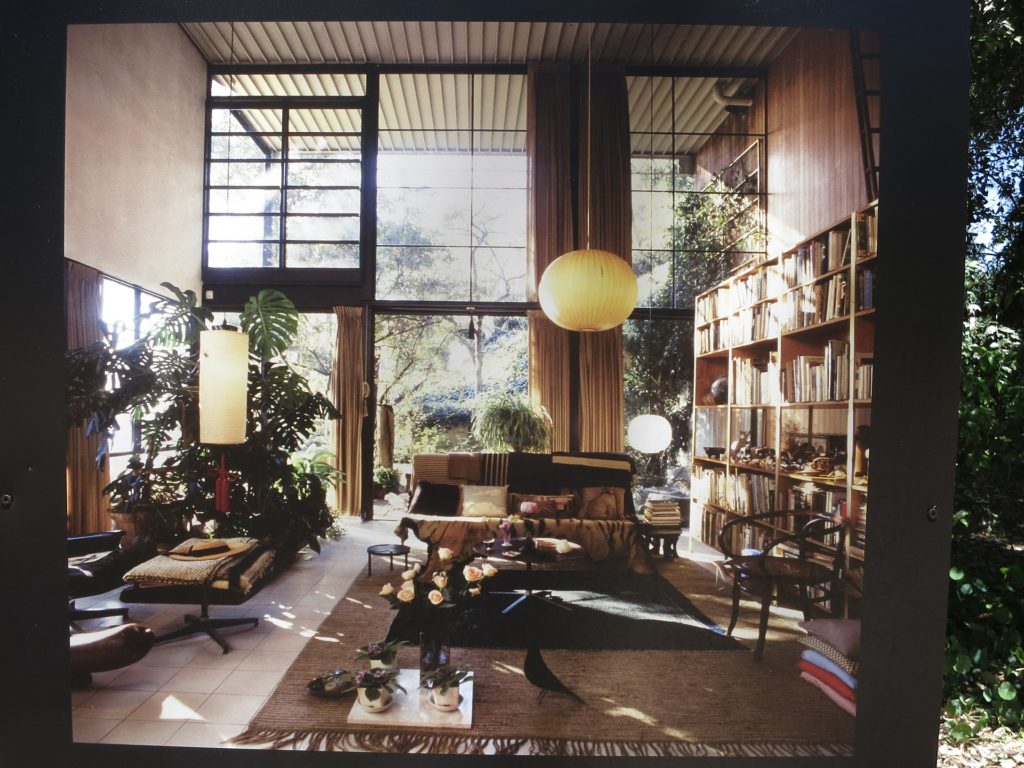 If you have to choose the ultimate Leo villa, this must be Villa Saboye. Brave, daring, strong, proud: this is the house that summed up the five points of architecture established by its architect, the also proud and naturally leading Le Corbusier. The Leos like to be the center of attention, to impress, they are charismatic and enthusiastic, almost narcissistic, like this house that exemplifies the destiny of modern architecture. Built in 1929, it advanced the principles of modernity with a capital “M”. The sun shines on its magnificent rooftop. Its leonine character shows the enthusiasm for a new, modern and extroverted life. In its architectural promenade, it parades the vitality of a whole new aesthetic and programmatic paradigm for the architecture of the 20th century.

The E1027 House is hidden on a hill on the French Riviera, overlooking the Mediterranean Sea. It is one of the greatest, and earliest, examples of modern architecture. It was built between 1926 and 1929 and designed by the architect and designer Eileen Grey. She created an exemplary space, pure and white, whose entrance is poetically marked: Entrez lentement. Virgo is efficient, critical and perfectionist, like this beautiful white house whose design reflects the careful study of the winds and the sun. Grey would go beyond the functionalist premises of the modern movement with a more holistic positioning that understood the house as a whole. The home should also integrate the environment and the people. Moreover, just like a Virgo personality, the E1027 house is prolonged in the furniture, in the details. It is also efficient, practical, and carefully thought out for human activities.

The Libra character, communicative, good conversationalist, empathetic, sociable and diplomatic, is perfectly represented by this splendid house by Antoni Bonet. Located very close to Barcelona and completed in 1963, La Ricarda harmonises modern premises, such as the repetition of the constructive type of the vault, with a sensitivity to the surroundings, marked by the undulations of the pines on the plot. The passion of its owners, Inés Bertrand and Ricardo Gomis, towards music and art resulted in artists and intellectuals meeting at the house in the 60s and 70s. The Libra’s idealistic, romantic spirit and love of fashion and art, along with a good taste and sociability, were reflected in these events held in the house. Major artists of the time coincided in La Ricarda, such as John Cage, Merce Cunninghan, Carles Santos, Joan Prats, Joan Miró, Antoni Tàpies and Joan Brossa, among others.

Any of the country houses designed by Sir Edwin Lutyens in the beginning of the 20th century could be the perfect setting for Scorpio. The complex, mysterious energy that is so much like the magic of Scorpio is undoubtedly within the walls of residences such as Little Thakeham. This is a huge stone mansion heir to the Arts and Crafts movement. It was completed by the English architect in 1902. In this house, the last romantic architect in England designed an unforgettable living room, marked by classic stone details. Elements are contrasting and discordant (the balcony and the fireplace open to the same space). They evoke the passion and intensity characteristic of Scorpio, as well as its constant internal battle. The result is an ambiguous space, with a personality that shows a dark side, revealing a mysteriously attractive hidden face. Little Thakeham is both a ceremonial banquet hall covered by wooden trusses and crossed by cold draughts, and a romantic garden surrounded by cherry, pear and apple orchards. 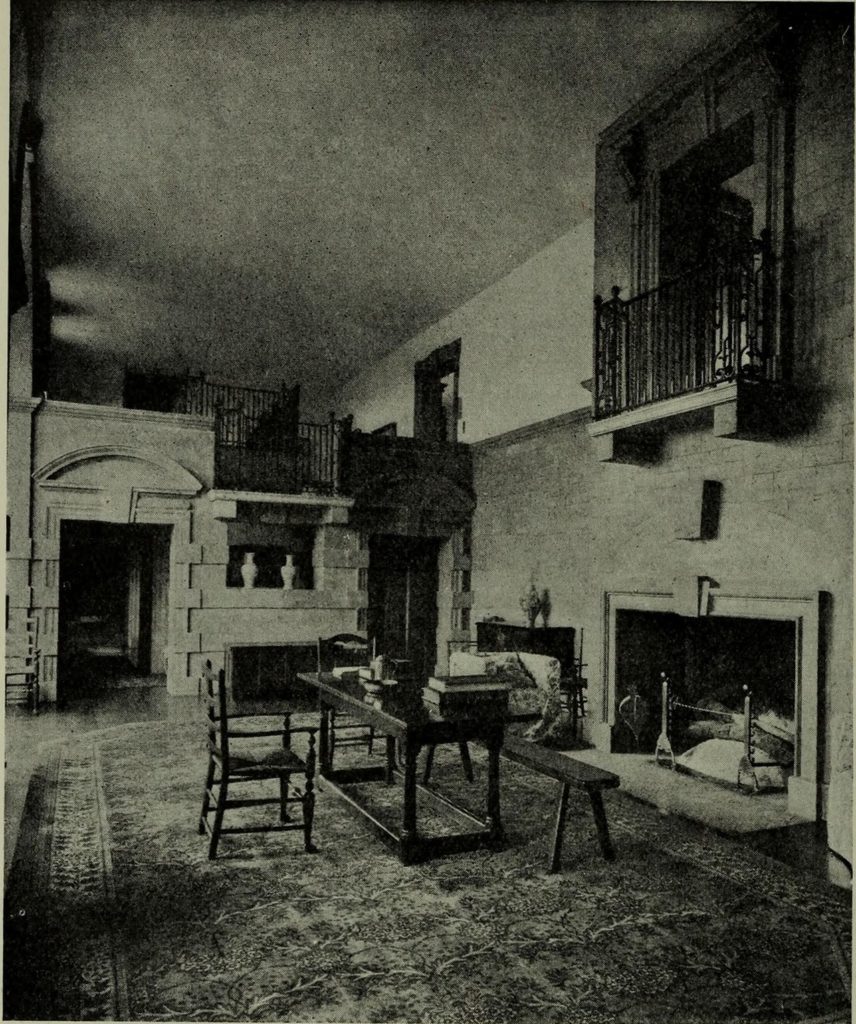 Sagittarius is a fire sign ruled by Jupiter, a planet that is related to abundance and joy. It is adventurous, curious and optimistic, a traveller and a giver. Among its dwellings – for it is possible that with its tendency towards a life in excess of its means a Sagittarius has more than one – The Retreat or the Cockpit by Team 4 is also a Sagittarius. It is a minimal shelter with a sink and a stove, built between 1963 and 1964. It offers splendid views over the estuary. The house values the wonderful nature of the surroundings and is camouflaged in it, altering it as little as possible. But it is designed with its unique rock crystal shape, geometric, crystalline and unconventional, cheerful as a Sagittarius. The cockpit, where the primitive hut becomes a technological capsule, is a space that reflects a Waldenian spirit, a love of outdoor life typical of Sagittarius.

Capricorn psychology knows how to distinguish the essential from the superficial. It is secretly passionate, an earthy sign that stems from a rational spirit, focused on the tangible, and capable of great abstraction. Can Lis, on a Mallorcan cliff, is a house built with barely any elements. It has a strong presence made of bare sandstone, arranged on large ashlars. Despite its austere appearance, achieved through careful design, it breathes the beauty of something primitive and timeless. Can Lis reveals deep connections with the building tradition and the material essence of the place, and, through the right proportion and orientation of space builds an almost mystical environment. It is defined by the views, the sky and subtle references to the Imaginary, through symbols drilled into the stone, like the moon. This house was built in 1972 by the Danish architect Jørn Utzon.

Aquarius is original, detached from the material, and creative. It has a rational background, although always combined with something rebellious, inventive or eccentric. Shigeru Ban’s Curtain Wall House, completed in 1995, is a house with an Aquarius feeling. In the language of architecture, “curtain wall” stands for a heavy yet transparent glass wall that is structurally independent. In this house, it activates a playful emotion, a sense of surprise, through the play of words. The typical exterior enclosure is replaced by the lightness of a textile curtain, which closes the perimeter and waves slightly in the wind. Aquarium creativity unfolds in this bold and poetic gesture that underlines the presence of the wind. It undoubtedly reveals a temperament based on a deep sense of freedom.

In the 1960s, architect Dante Bini was commissioned to design the summer house of film director Michelangelo Antonioni and his partner, actress Monica Vitti, in Costa Paradiso, Sardinia. Typical of Pisces sensibility, this house is meant to be sensed. The distribution of the space is organic. The sound of the sea and the wind enters through the windows and the zenithal oculus. The smell of the aromatic plants in the interior garden is always present. Without a doubt, this is a hedonistic, sensitive and dreamy house, much more emotional than rational, which reflects the rich unconscious world of Pisces.

The cover image corresponds to Little Tackenham, by Lutyens. Via Wikipediacommons.