A City for Justice is the winning proposal of the international competition for the design of a city of justice in Saudi Arabia. The project had to propose a scheme that could be developed in three different locations, Riyadh, Mecca and Jeddah. AGi architects’ proposal was the winner, and was praised for being able to generate a systematization concept valid for all three locations. 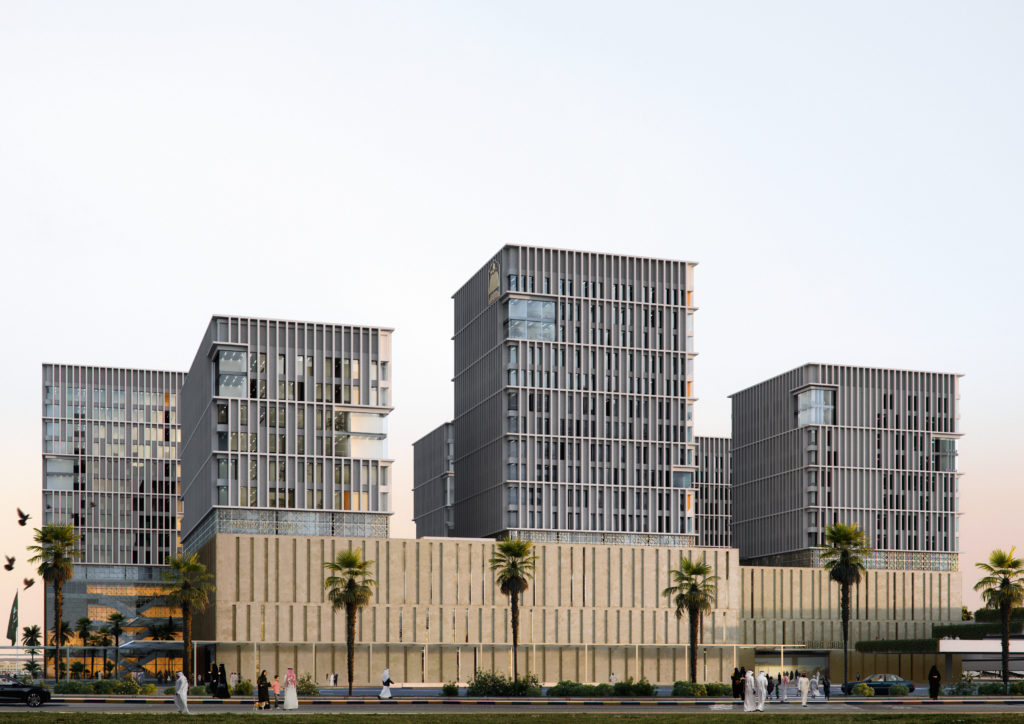 The ancient cities of Saudi Arabia are the formal and organizational reference for these new cities of justice. In these centuries-old cities, the different buildings, prismatic towers with different sizes and orientations, are integrated into the landscape forming a whole in which their parts can be distinguished. With this reference, in this project, each of the five courthouses that make up the city has its own character that allows the public to identify it, while at the same time they are integrated into a unit, which forms the city of justice.

It is not just a building, but a city, a city inserted in a landscape.

Under the five towers, a large plinth is configured as a landscape or topography that integrates them. The plinth, permeable and at street level, creates a sense of openness and clarity that responds to the desire to configure a more democratic architecture. 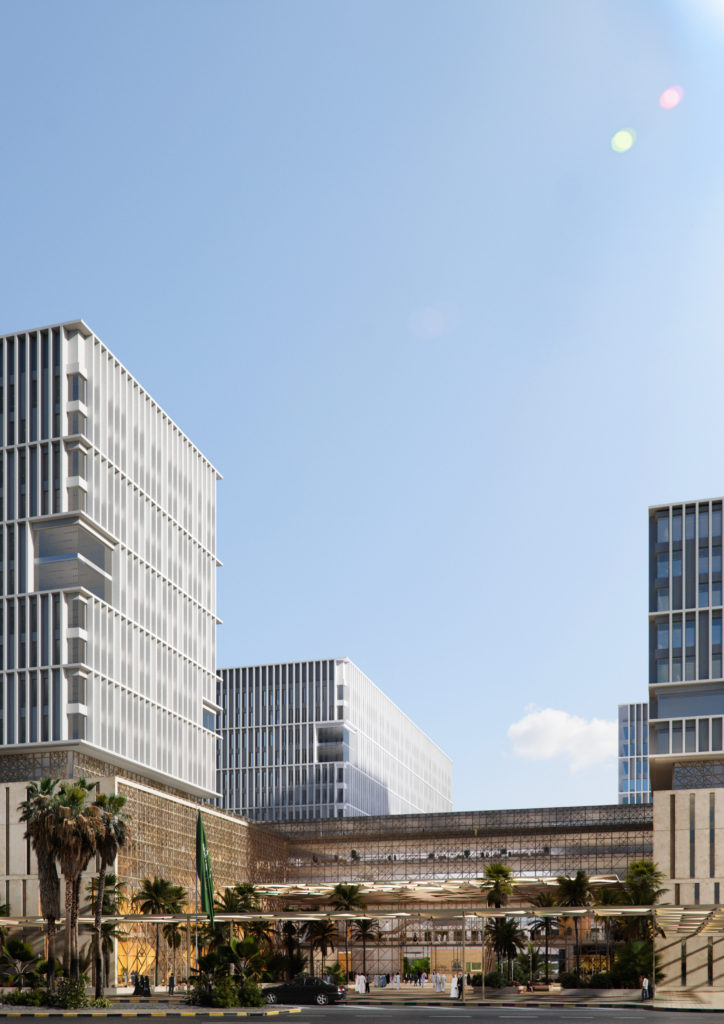 In this way, the access space is organized in a clear and permeable manner. Visual transparency allows the building to feel open. The circulation is arranged as a chain of plazas with zenithal lighting. A large triple-height atrium welcomes the visitor and displays the necessary information to go to each of the different areas. Triple-height atriums give a hierarchy to the entrances. Visitor orientation is easy and friendly. The waiting rooms are designed as very pleasant, spacious spaces, with views to the exterior, and plenty of light. Circulations are clarified through visual connections.

More than an institutional building, a building for citizens.

The lower plinth adapts to the plot, allowing the project to be specific to each of the three possible locations. It houses the public distribution and waiting areas, as well as the parking lot. The proposal developed for the competition was for the city of Jeddah, the middle of the three sites. 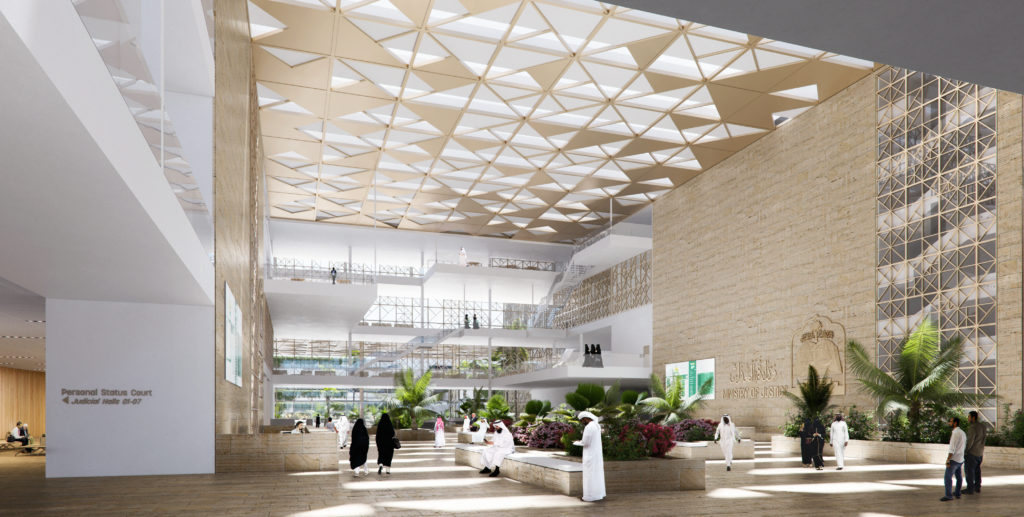 On the upper levels, above this plinth, are the towers, the five courthouses. Each of the buildings has a public part and a staff part. Each of them gives rise to its own circulation system whose paths converge in the courtroom. The same is true of the prisoners’ routes, whose paths are protected.

On the outside, a solution is sought that generates a uniform character. The building shows a stony image. Narrow openings open up the exterior while keeping the sunlight under control. The façade protected by the brise-soleils, as well as the courtyards, allow passive climate control through the control of insolation, the distribution of indirect light, and the evaporation produced by the vegetation.

The scale and materiality of the complex are based on local historical references: materials linked to the land, gardens, terraced buildings and a minimalist aesthetic. All these references create a connection between the citizens and the complex. The city is designed in such a way that the plinth is simultaneously transparent and solid. Transparency conveys the sense that the court system is accessible, and solidity shows strength and resilience.