For the last few months we’ve been working from home. Now that we are gradually returning to the office on a rotation basis, we would like to show you some of our workspaces over the past few weeks. We have sketched them.

María’s collage emphasizes the presence of plants in her work space.

Some AGi architects members adapted a space of the house to place the office. In other cases, our homes already had a specific space dedicated to studying, to professional work or to creative tasks. For example, Lucía’s office is a specific space in a house where all the rooms are connected by arched doorways. Similarly, the space where Loreto works is an independent one, that she designed entirely in wood and glass. In other dwellings, there was a flexible and transformable room that could be connected to the living room, converted into a guest room or an office, as in the case of Joaquín’s apartment. 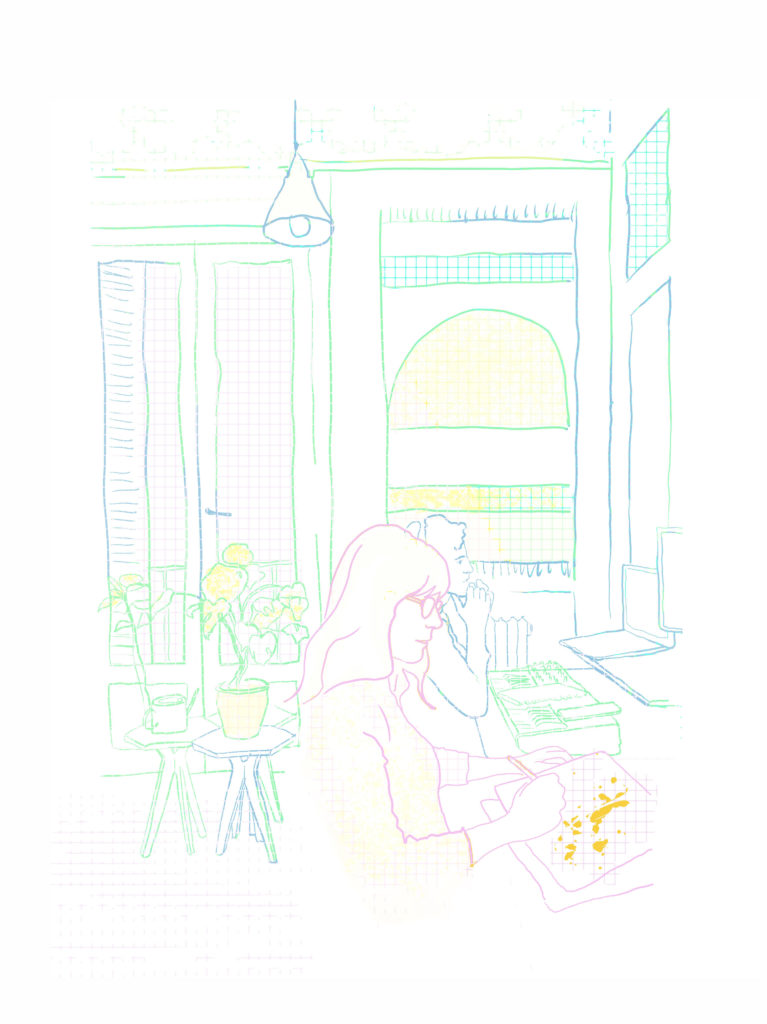 These weeks, screens became central to the home, but at the same time, the office was surrounded by the objects we love, our furniture and plants. 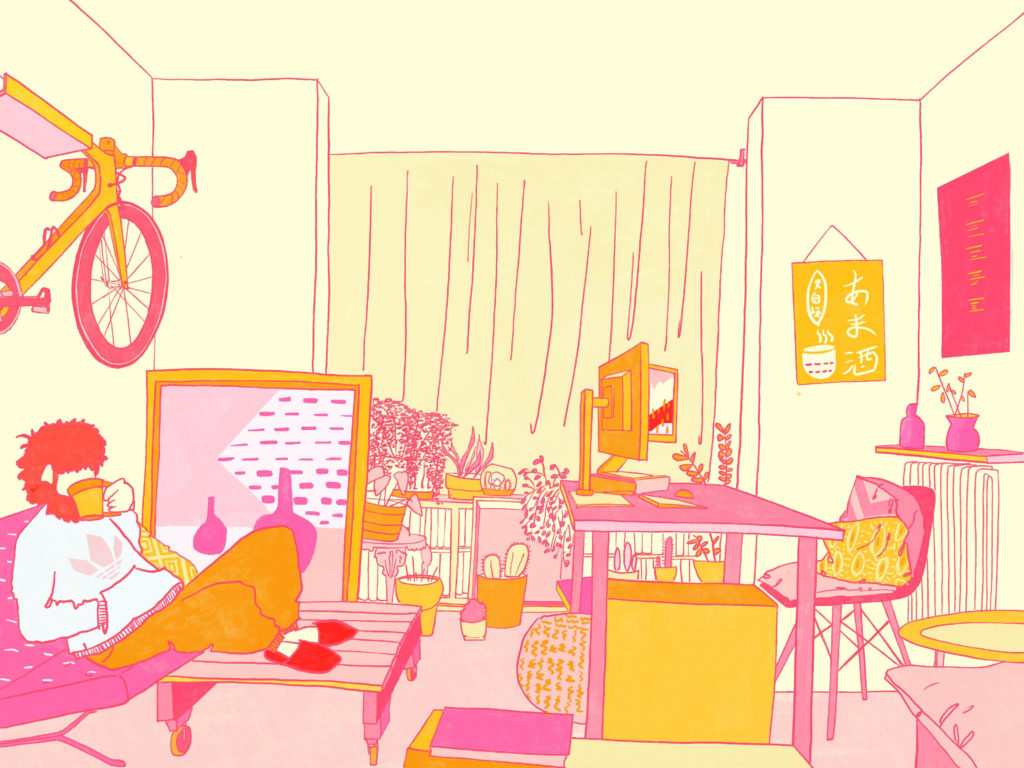 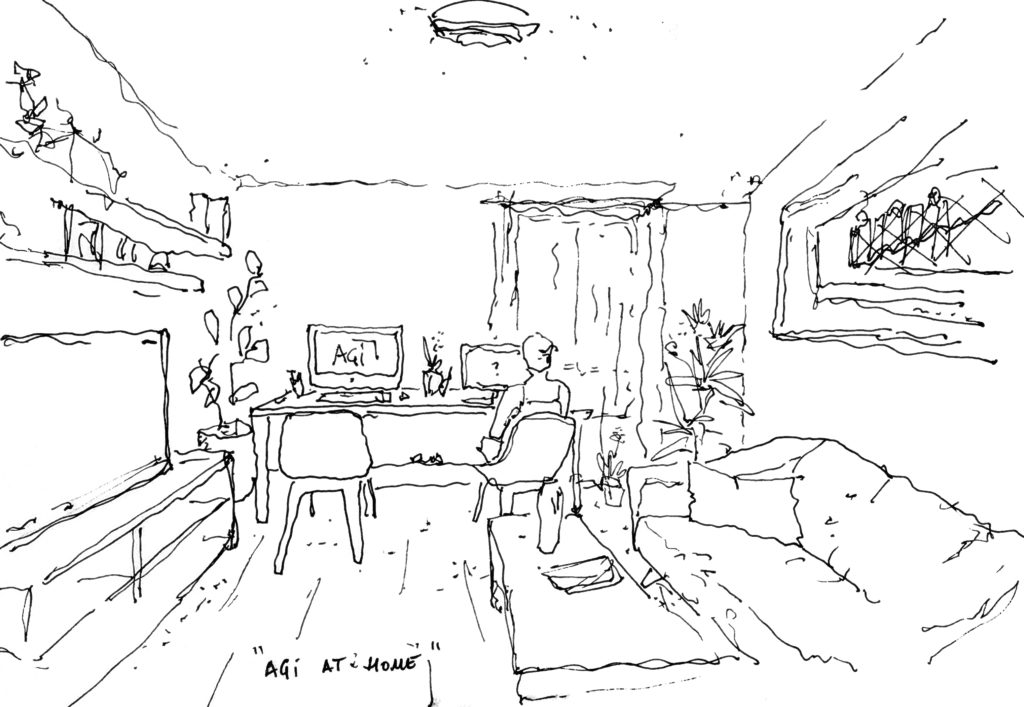 Ignacio’s place when working from home.

New companies also appeared working from home. The ride to the office on the subway, on a motorbike or by bike disappeared. We were no longer meeting at the door on arrival, nor did we drink coffee during the mid-morning break. The physical meetings became virtual and we worked together with our partners, or even with our children. 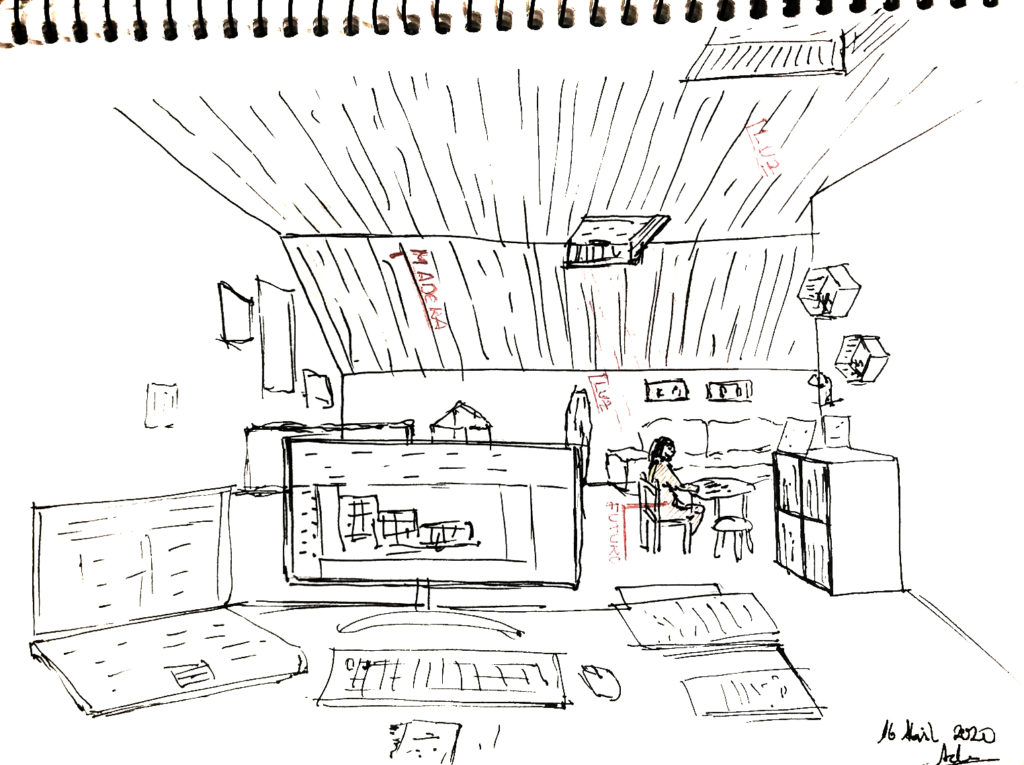 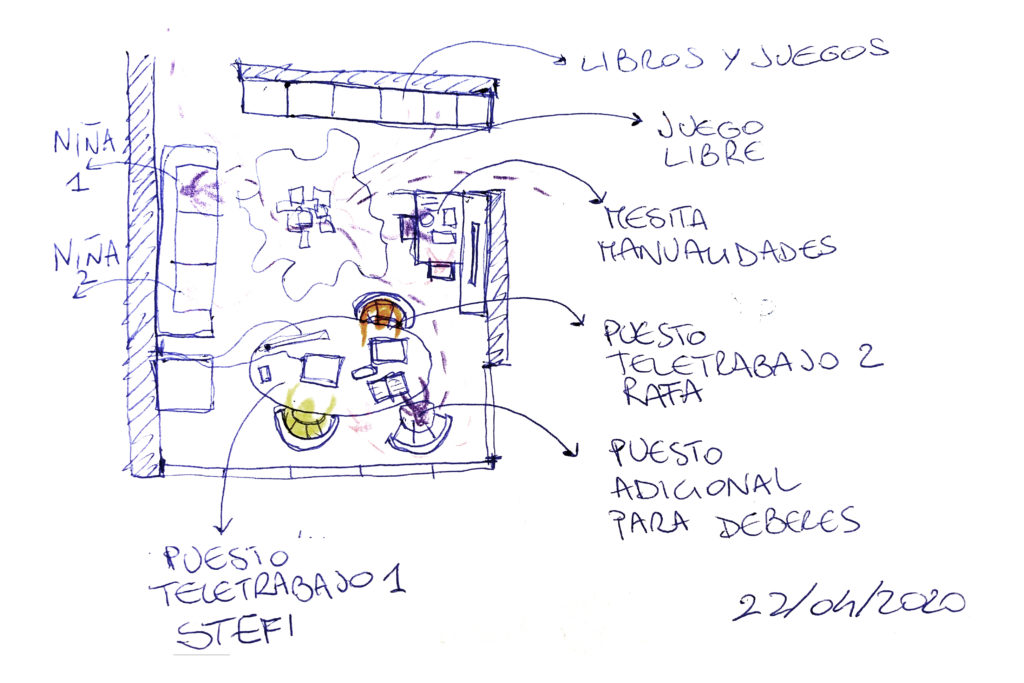 In Ada’s and Stefania’s home office, the family joined in and new activities such as schoolwork and handicrafts appeared.

Despite all this, we have always been virtually in touch, through technology. And also, we have been waiting for the time to come when we can finally enjoy the sun and outer space. 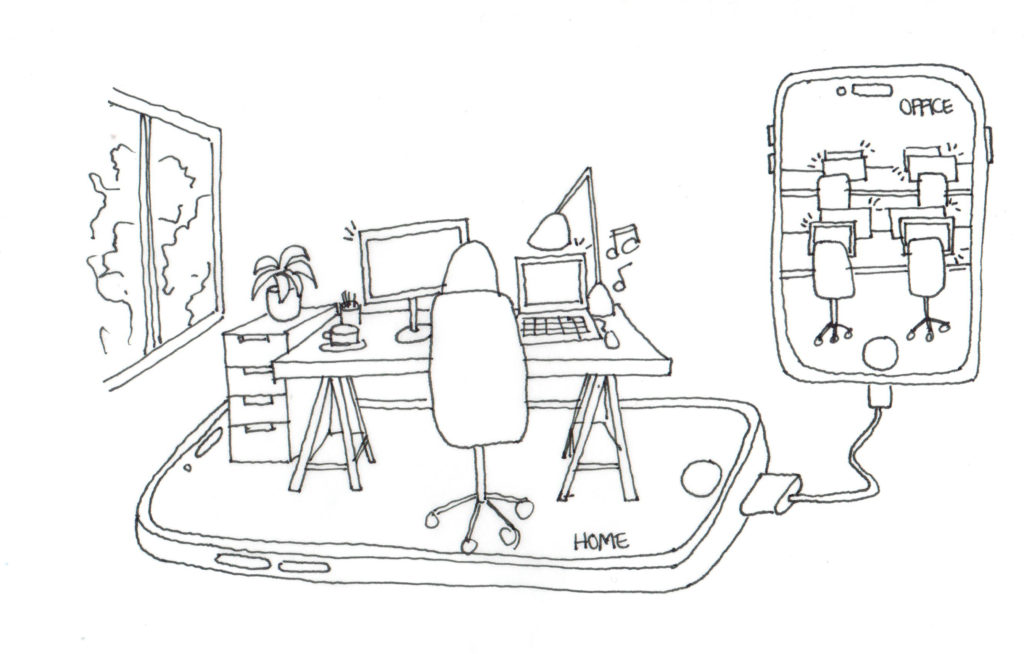 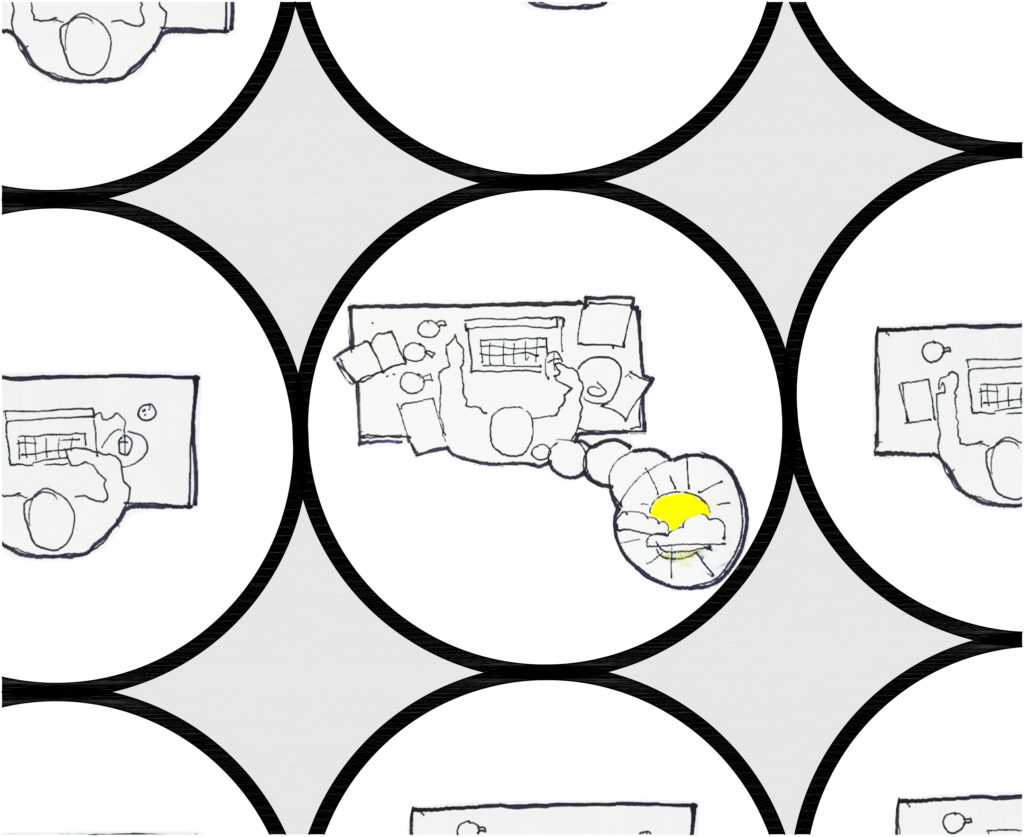 Marta’s and Pablo’s drawings reflect how work spaces expand through the architecture of the digital, as well as having a psychological dependence on leisure and nature.

We are updating with the Kuwaiti edition of the team work spaces at home. The drawings show the set of objects that made up the work area. They also feature feelings and thoughts arising in this new setting. Not forgetting the new coworkers found at home. 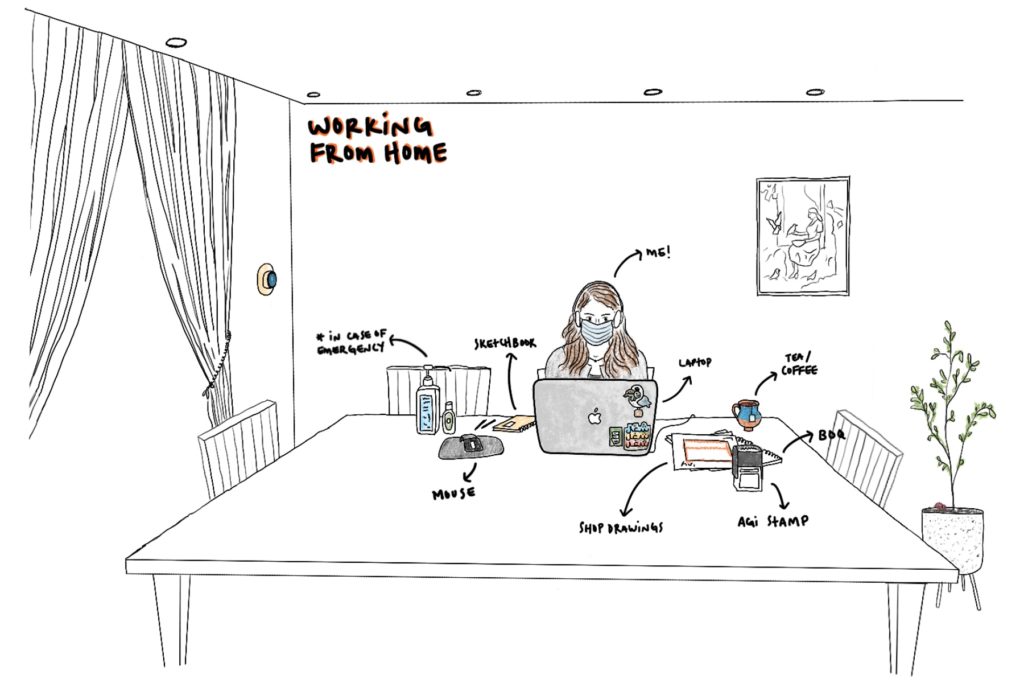 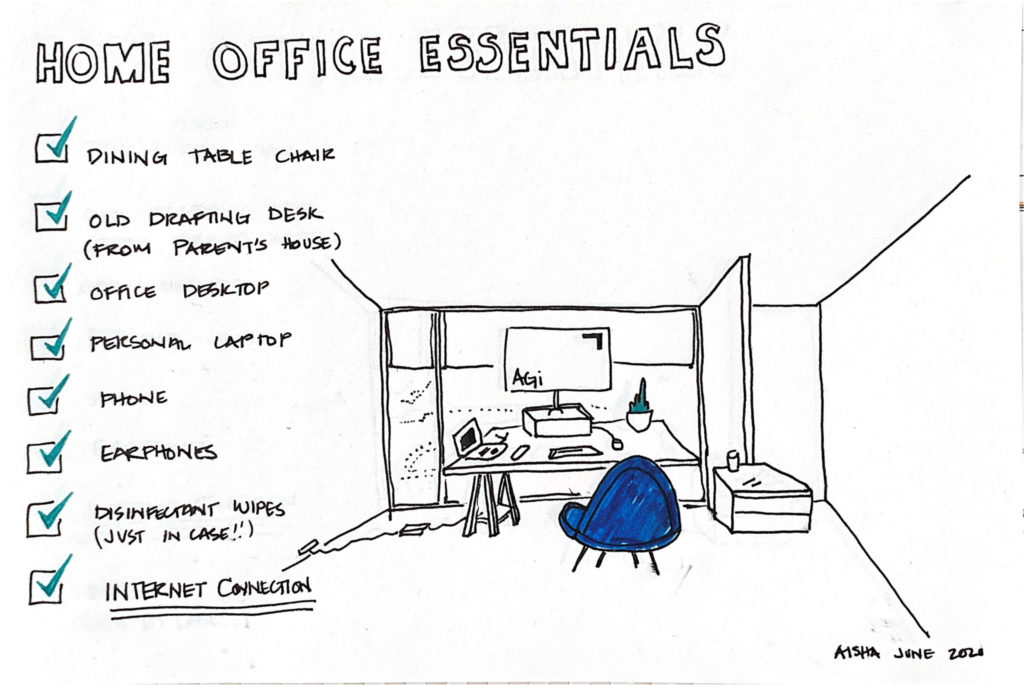 Yasmeen and Aisha’s lists of essentials. 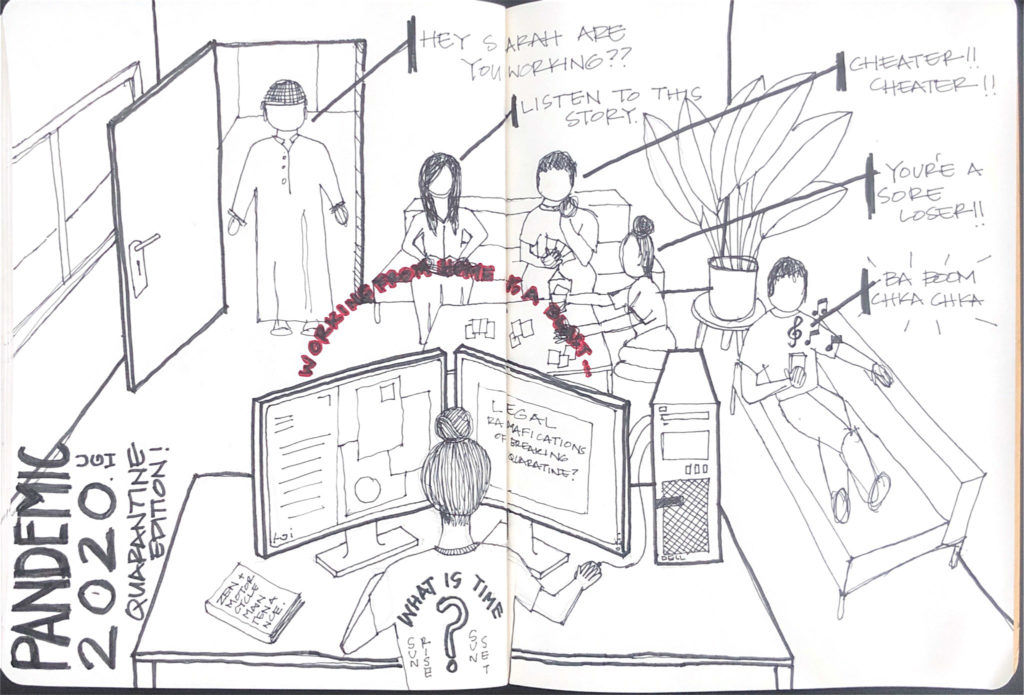 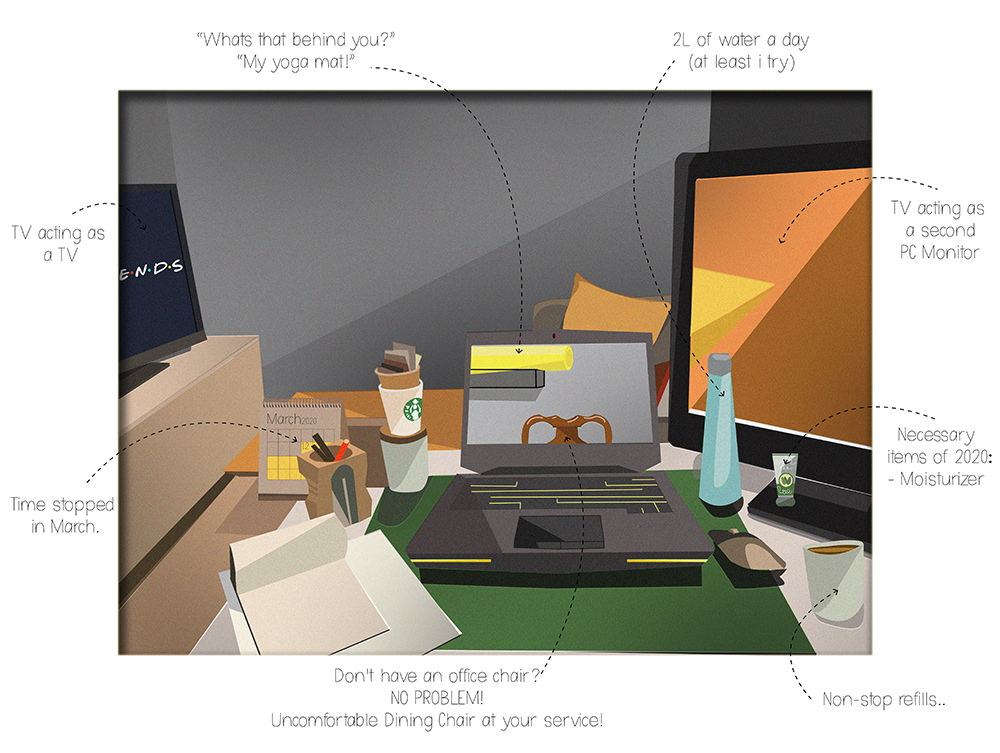 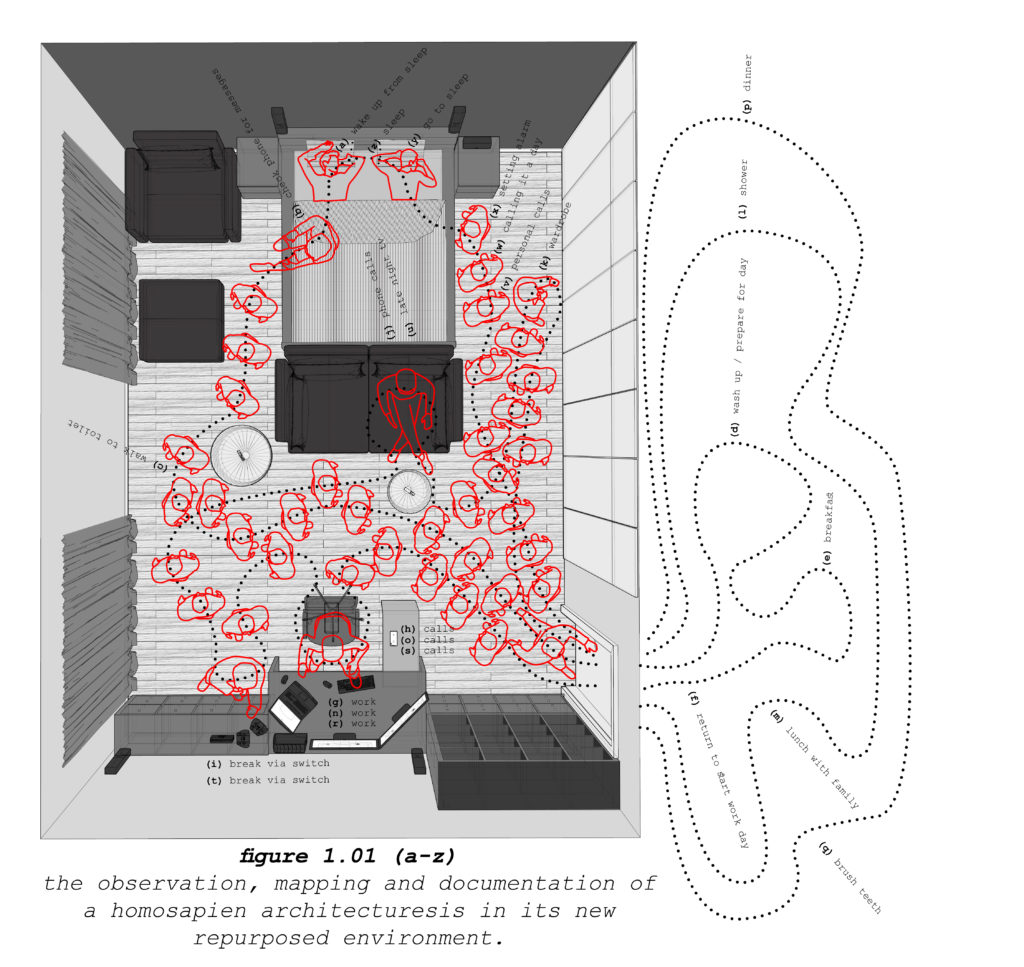 Sarah, Ameenah and Saren’s illustrations show the feelings and thoughts that came up throughout the workday. 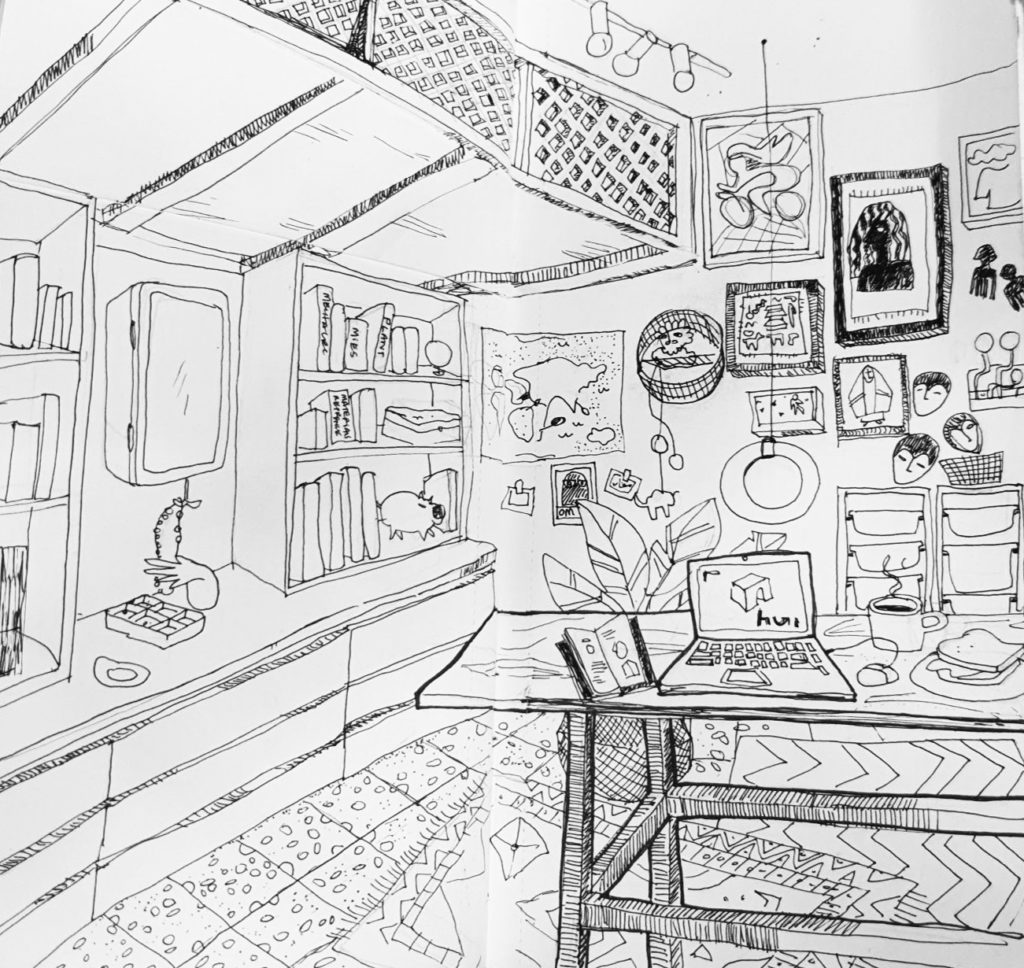 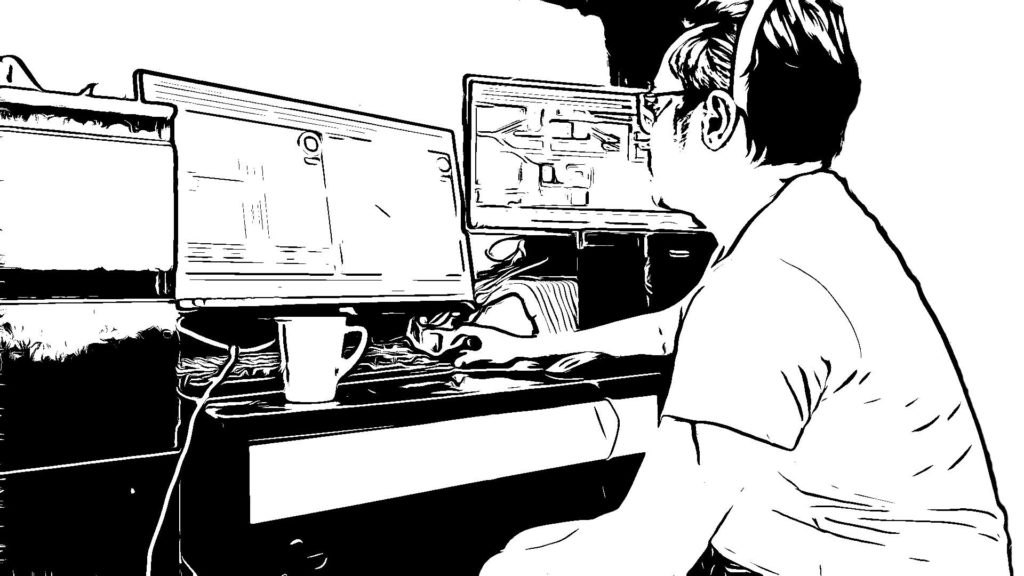 This is how Lulu and Vengie’s work space looked like at home. 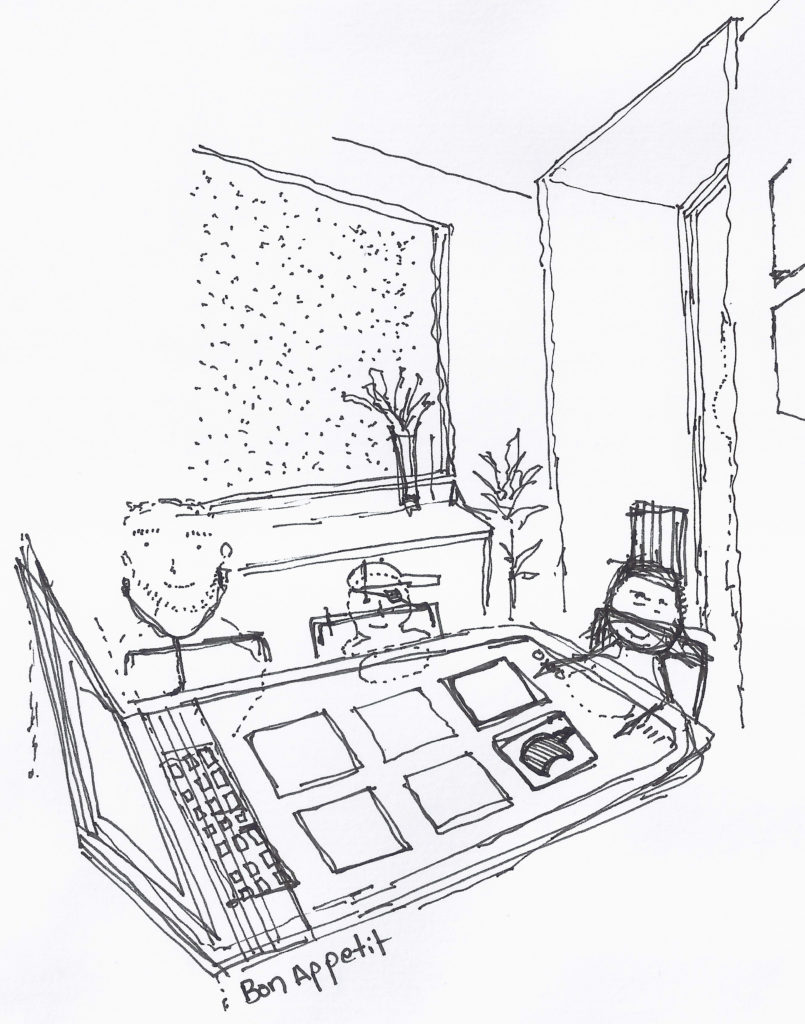 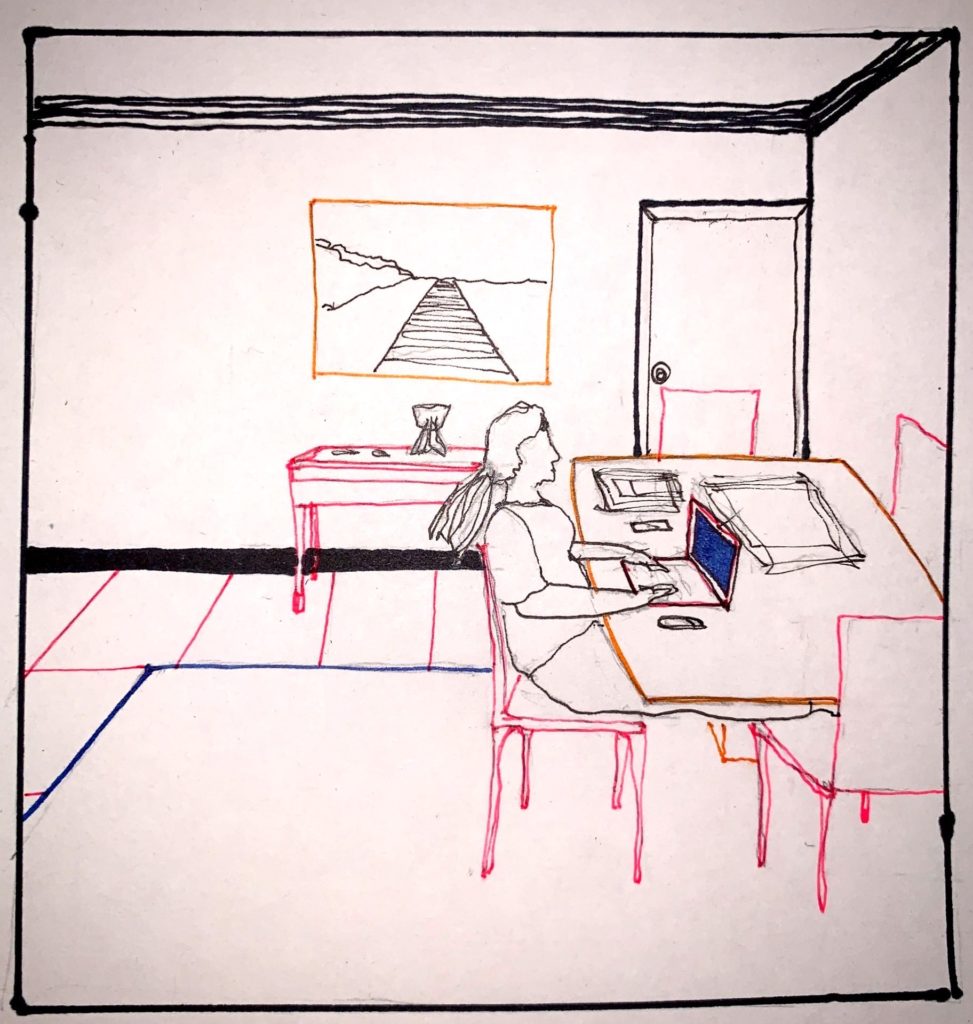 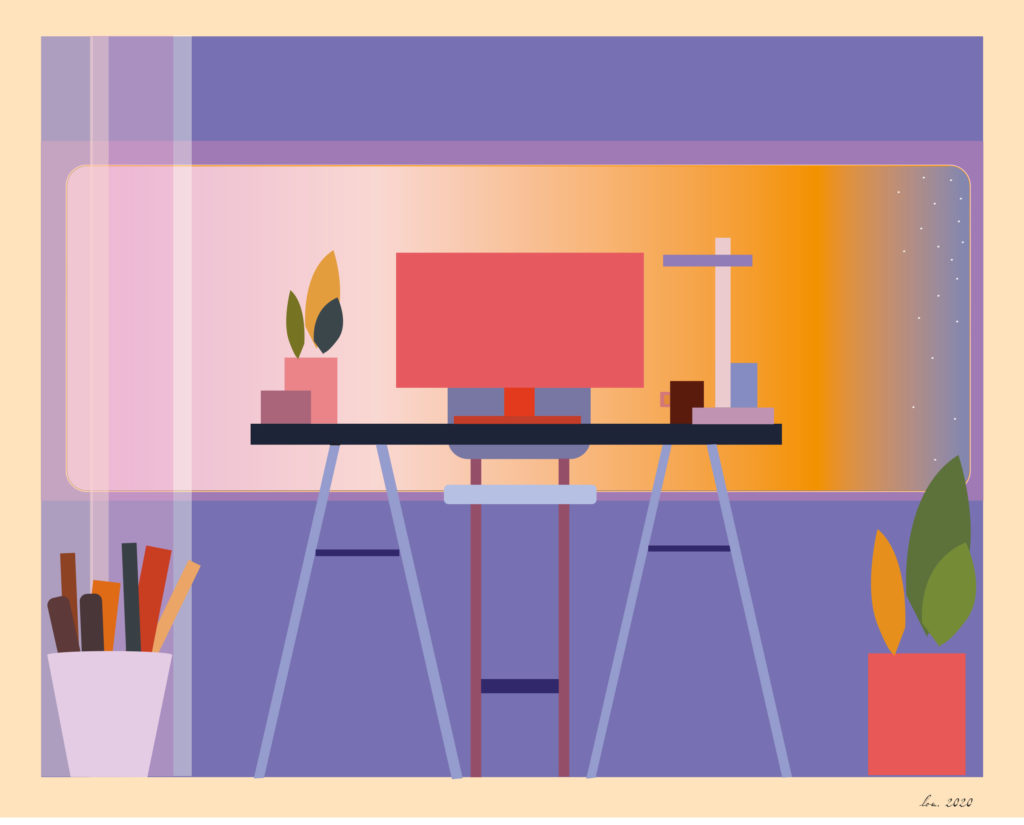 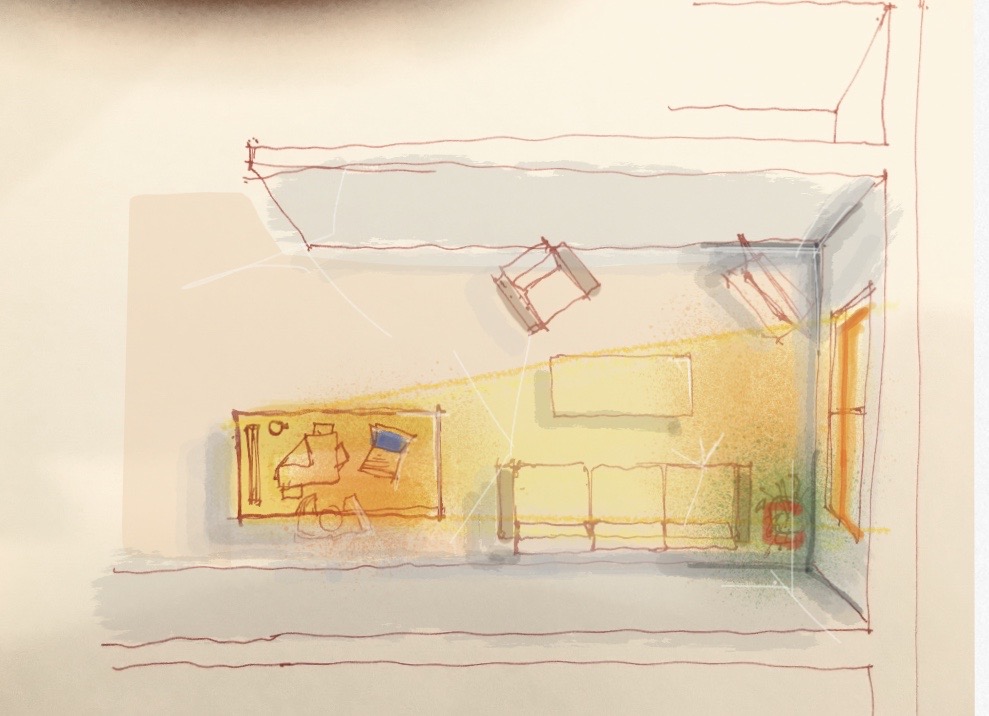