Between Kuwait and Spain. The influence of modernity.

[Help me San Rafael, being so close to water / and not being able to drink it!]

These lines are now being sung by Rosalía, a young Spanish flamenco singer. But they were written 70 years ago, for a film, “La blanca paloma”, and for another voice, that of another highly successful singer, Estrellita Castro.

It was perhaps what the Arabs settled on the northern tip of the Persian Gulf used to think, long ago. The sea was close, but there was no fresh water to drink. Boat after boat, drinking water was brought from southern Iraq. Its scarcity contained the size of the population in the area. Kuwaitis built dhows to navigate, dived in search of pearls and traded by sea, but fresh water was an almost inaccessible resource.

Neither was water very abundant in the Iberian Peninsula, although conditions were not so extreme. Around year 941, in the Caliphate of Cordoba, the shortage of rain dried up cisterns and fields. The chronicles relate how the qadi prayed for months to propitiate the arrival of rains. During Christianity, prayers were also sent: “…Holy Virgin of Hawthorn, have compassion for the poor, -send us a stream of water, -defend the farmers”.

With the arrival of the twentieth century, technology changed the tide. The story was no longer about propitiating rain through the mystical. It was about using technical resources. Technology then seemed to promote only good things. So, in 1914, Emir Sheikh Mubarak Al-Sabah acquired the first desalination device. It did not work, but finally, in 1953, the first desalination plant opened. The prosperity brought by oil allowed to secure this basic resource: water. The city then expanded into the interior of the desert. 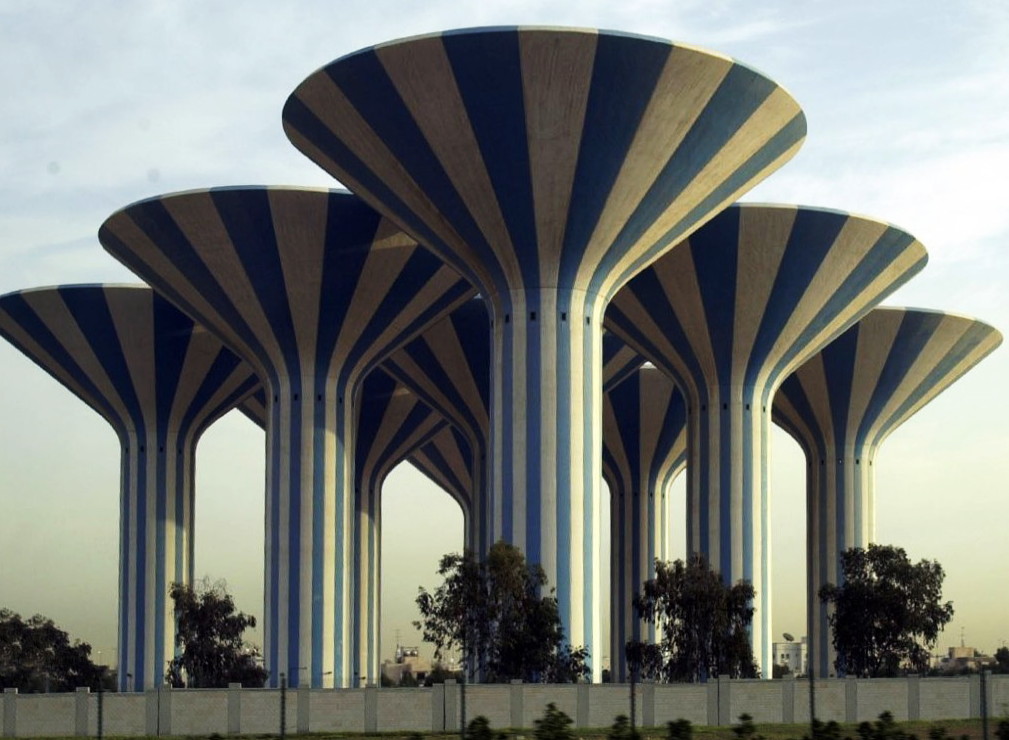 The Swedish team of engineers VBB was entrusted with a water supply plan. The city was divided into six districts with a distribution network whose most significant element were mushroom-shaped deposits. They took the name of Kuwait Water Towers. For the sixth sector, the towers, on the edge of the sea, were projected with special attention. They were to become, as they did, an icon. The Danish architect Malene Bjorn won the design competition in 1975.

In one of the most significant architectural texts of the 20th century, Delirious New York, Rem Koolhaas says: “the history of Manhattanism as a separate, identifiable architecture is a dialectic between these two forms, with the needle wanting to become a globe and the globe trying, from time to time, to turn into a needle”. Bjorn’s project seems to start from these same ideas. It is the sum of a concrete needle, which reflects the idea of reaching higher, with the sphere, whose illusion is that of a magical weightlessness.

Two spheres are suspended in the main tower. The lower, larger, is a water tank, and also, a restaurant, an observation area and a reception. Upstairs, a smaller sphere houses a revolving cafeteria that completes one round every 30 minutes.

The second tower holds another water tank, and the third is simply a needle whose purpose is to illuminate the other two. The spheres, finished with blue, green and silver metallic discs, establish a decorative relationship with traditional religious architecture. As pointed out by Aisha Alsager, of AGi architects, in her text for the catalog of the Kuwait Pavilion at the 2014 Venice Biennale, the towers of Kuwait monumentalize the architecture of water, a symbol of modern progress at the service of the human being. 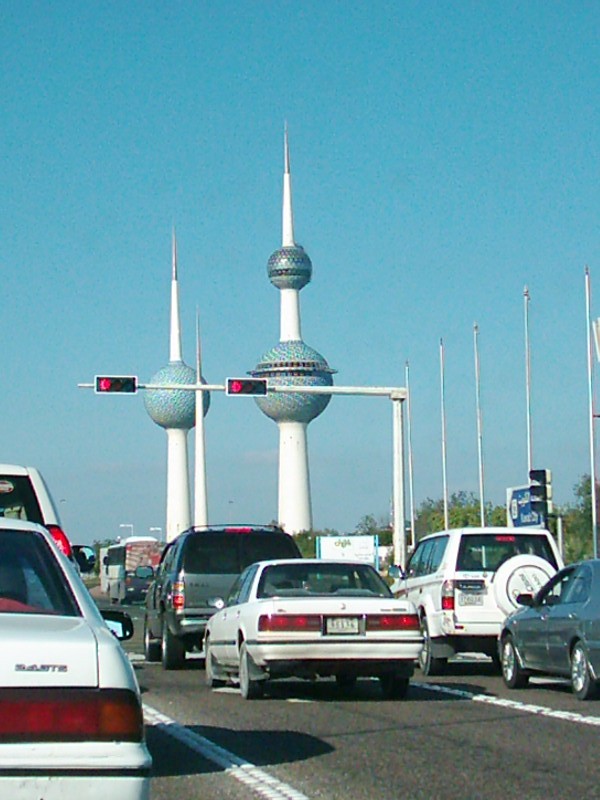 In Spain, during the 20th century, water scarcity also had historical relevance. In 1930, the acute drought was one of the factors that influenced the proclamation of the Republic a year later. Subsequently, technological advances, the influence of modernity and the ideological configuration of the regime gave rise to a macro project in relation to water. Throughout the following decades, up to 1,070 reservoirs were built. Dozens of towns and villages were flooded, and a hydraulic network was formed. Today, Spain quantifies the largest area of reservoir water per inhabitant.

One of the most special reservoirs is the one of Salime, located in Asturias, north of Spain. Construction works began in 1946. Concrete was manufactured on site, and supplied through a cable car that was then the largest in Spain. A new town was built to house the workers, now abandoned. The dam was the largest in Spain and the second in Europe. It was necessary to flood “1,995 farms, 3,000 plots, 25,360 trees, 13,800 fruit trees and 14,051 vines; 685 hectares of uncultivated hillsides, urban farms, ruins, patios, corrals, eight bridges, five churches, several chapels and four cemeteries”. 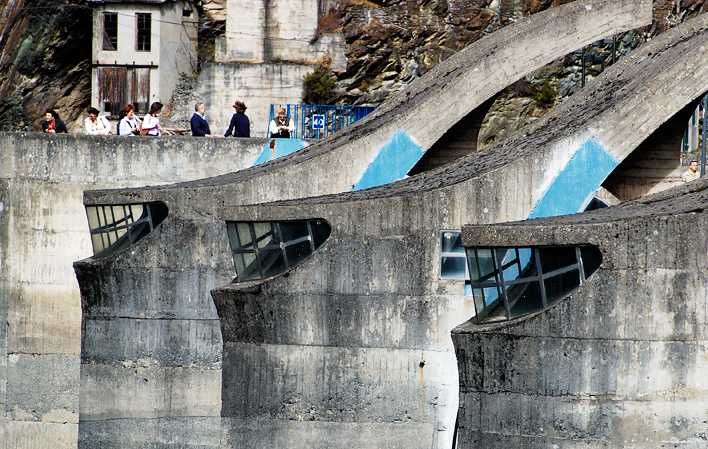 In addition, the dam was thought of as a work of art. Two significant architects and artists, father and son, decorated it. Joaquín Vaquero Palacios designed a beautiful architecture for the interior installations and the reliefs on the facade. For his part, his son Vaquero Turcios designed a hanging gazebo, from which to observe the construction and landscape. He also painted the murals of the turbine room. They represent the entire construction process of the plant. The beautiful painting also shows us the villagers abandoning their homes about to be flooded. It is impossible to overlook the relationship of the piece with the work of the Mexican painter Diego Rivera.

Despite the distance, both in Kuwait and in Spain, the confluence between technique, politics and the ideology of modernity, which relied on the enabling drive of the artificial, gave rise to macro works of engineering and architecture. Constructions that reflected the way of thinking of the time, celebrated an unquestioned idea of progress. The globalized modernizing influence made it possible to improve the living conditions of the population, but it also destroyed previous ways of life, many of them in better balance with the environment. In both countries, the relative harmony that could be expected after solving the water shortage has been broken by favoring consumption, always above the availability of the most precious resource.