During the 18th century, the Dukes of Osuna owned up as much as 180 hectares of land in the northwest of the city of Madrid. In that area they built the Palacio del Capricho, an aristocratic country property surrounded by a large garden, the sole Romantic park in Madrid, as well as other buildings such as stables and the service house.

Today, next to the Palacio del Capricho there is a large abandoned urban space. Its urban regeneration has been fostered through a public competition. In this context, AGi architects proposed a project that was based on an almost obvious premise, the strengthening of the connection between the neighbourhood and the palace and its garden, in which a Museum of the Enlightenment is to be established. 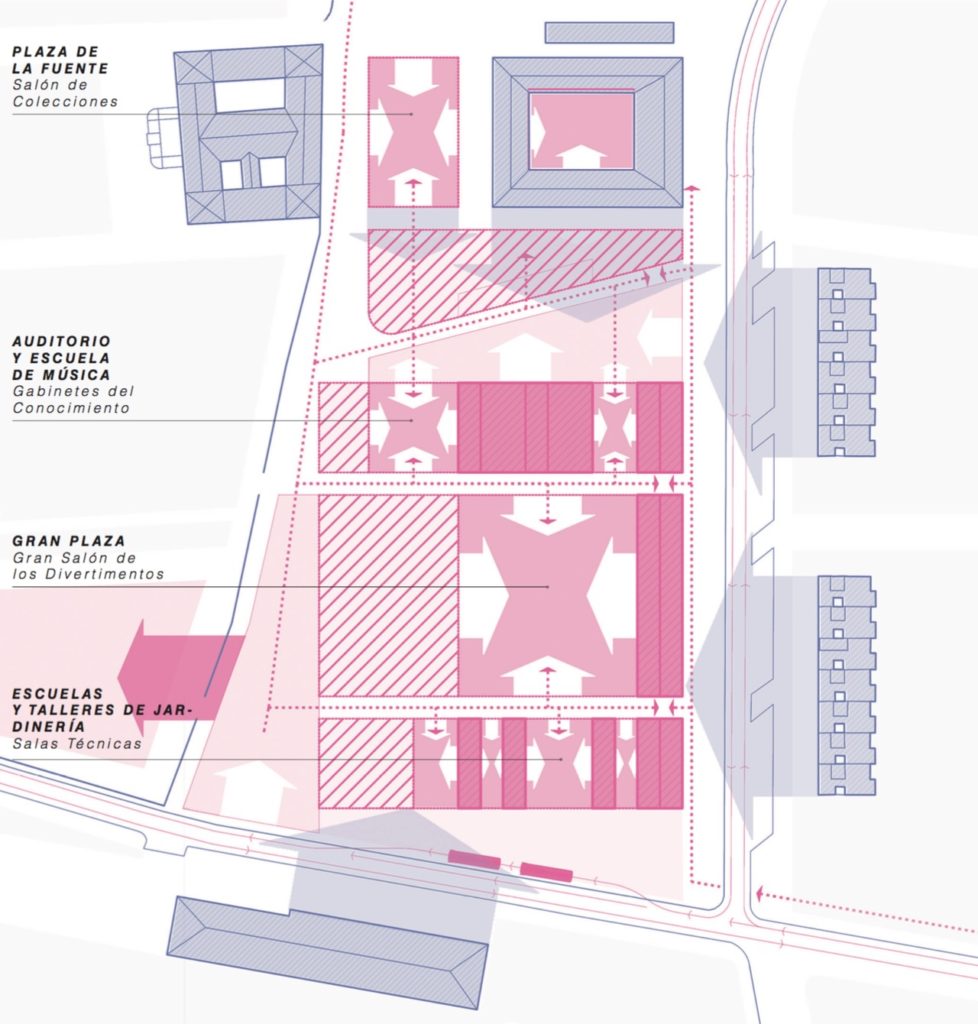 Thus, the project for the urban regeneration of the Plaza de la Duquesa de Osuna was conceived as a space structured through a series of interconnected plazas.

In first place, next to the Palacio del Capricho, the Plaza de la Fuente connected with several spaces among the buildings designed to house the auditorium and music school. These areas, further south, opened onto the Grand Plaza, the main square. The various open spaces located in between the different gardening workshops closed off the whole and connected it with the neighbourhood.

The project included buildings dedicated to two specific programmes: educational activities linked to music; and gardening and urban agriculture. Both were chosen for their collaborative character, already successful in other projects located in the city of Madrid. 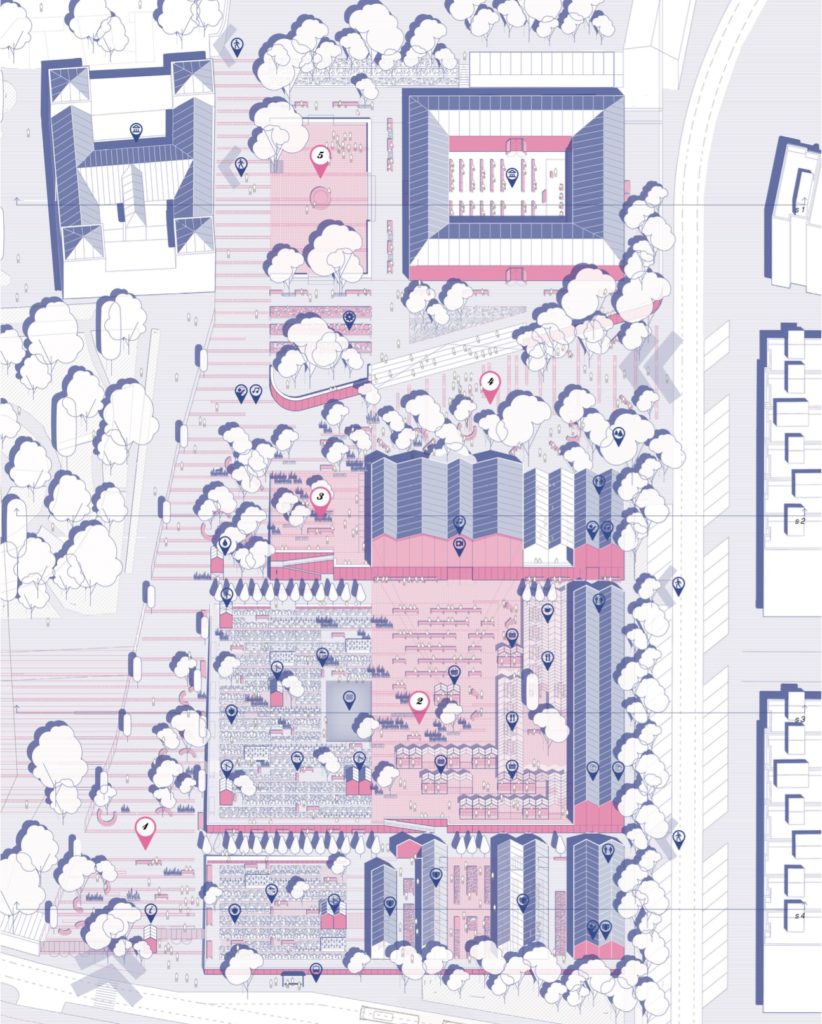 The temporal dimension of the project was also taken into account, given the scale of the intervention. A strategy was proposed for the gradual development of activities and elements over time. In order to do this, a geometric arrangement of the site was used, based on two patterns perpendicular to each other.

A first grid of 5×2.5 metres, in a northwest to southeast direction, organised the location and progressive extension of the architectural elements and urban regeneration. These were planned using standardised modular systems easy to build.

A second plot, organised in the opposite direction, structured the use of an urban orchard in the shape of horizontal bands five metres wide and well oriented towards the sun. This large space would envisage a collaborative activity for the neighbourhood, being self-managed by the neighbours themselves. This large community garden was not only conceived as a centre of agricultural production, but also as a learning space open to school and social programmes.

Besides, the proposal tried to recover the former use of the site as vegetable gardens and agricultural crops owned by the Osuna Family, resignifying and adapting them for public use.

This in turn generated a series of architectures and infrastructures for gardening, farming and maintenance of the orchards (greenhouses, seedbeds, tillage houses, irrigation system, and underground canalization systems). With this, a whole series of routines appeared that allowed its productive management and maintenance (pruning and fertilization in winter, maintenance, nutrition and fertilization of the soil in spring and tillage and harvesting in summer and autumn), showing the passage of time.

Read more about the project in AGi architects’ website.