Second part on ‘Thinking Scale’, an horoscope dedicated to large and medium scale buildings, following the previous blog article that rescued great works by French Charlotte Perriand or Chinese Xiu Zelan, among others. Scale is one of the main problems of architectural design and also one of its great tools. Let’s approach here the internal messages and design issues of six other splendid works of architecture. 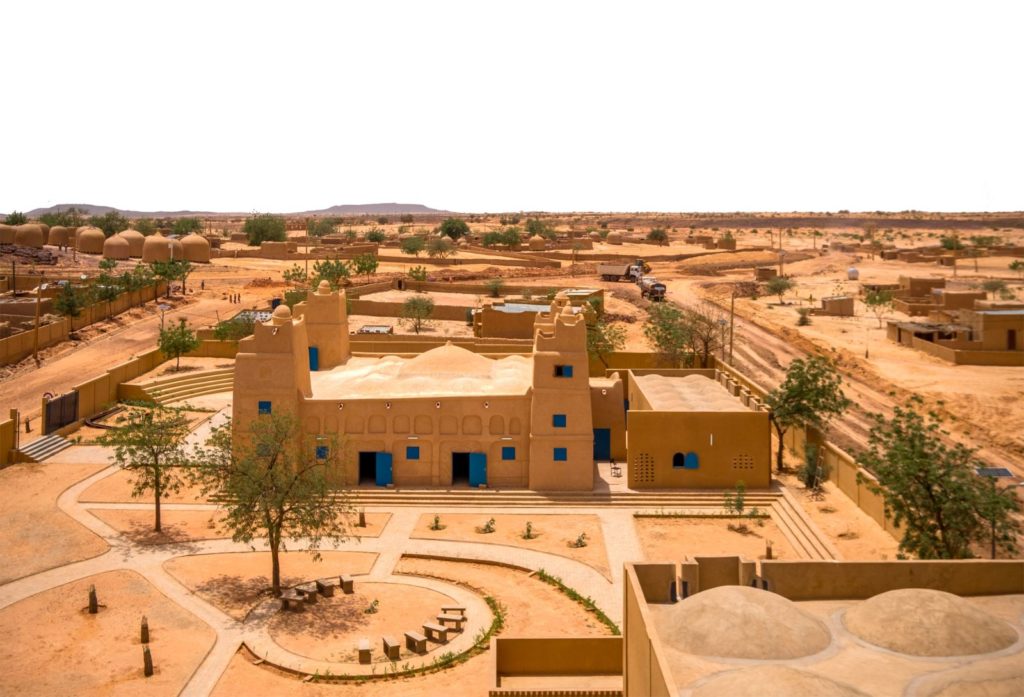 Firms led by Nigerian Mariam Kamara (Atelier Masomi) and Iranian Yasaman Esmaili (Studio Chahar) collaborated to convert a former mosque into a library and community center in the village of Dandaji, Niger. The first step in this project was to rehabilitate the building. This was followed by a structural intervention. In the end, the project was sensitive, contemporary, culturally and socially aware and sustainable. Libra is the sign of harmony and relationships. Characterized by a desire to be in the world in collaboration with others, Libra searches for balance and beauty. Thus, intelligence and a sense of justice guide this project. Scale is approached from an idea that, while not spectacular, is essential. It puts cultural heritage and community before any other desire. 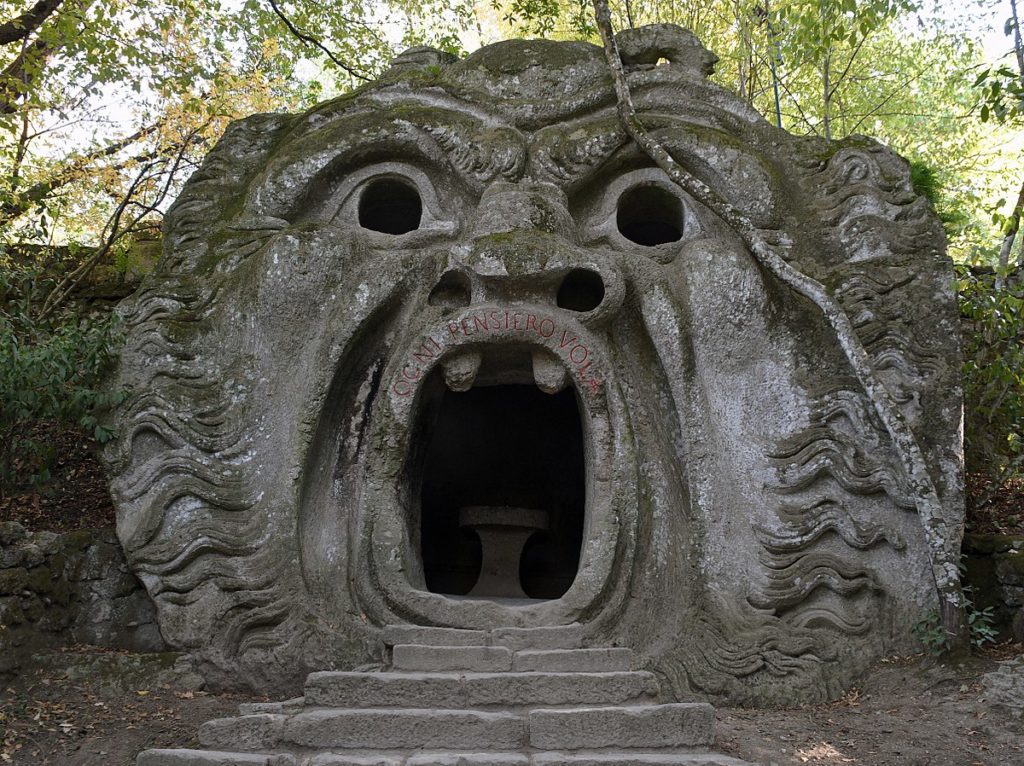 If Italian Renaissance gardens are characterized by order, Bomarzo, the Park of Monsters, is the opposite. Its beauty comes from the sadness of mourning. In 1552, Duke Pier Francesco Orsini, devastated by the death of his wife, Giulia Farnese, commissioned the architect Pirro Logorio to design a series of gigantic sculptures in the woods of the Italian province of Viterbo. They were fantastic elements loaded with symbolism, with continuous references to mythology. After Duke Orsini’s death, the garden was abandoned and clogged by the growth of nature. In the second half of the 20th century it was bought by the Bettini family, who opened it to the public after restoration work. This project organizes scale through the escape from convention. Collapsing into feelings, it constructs a very powerful narrative expressed through the fantastic. The same that Scorpio would do, creating a space for healing. 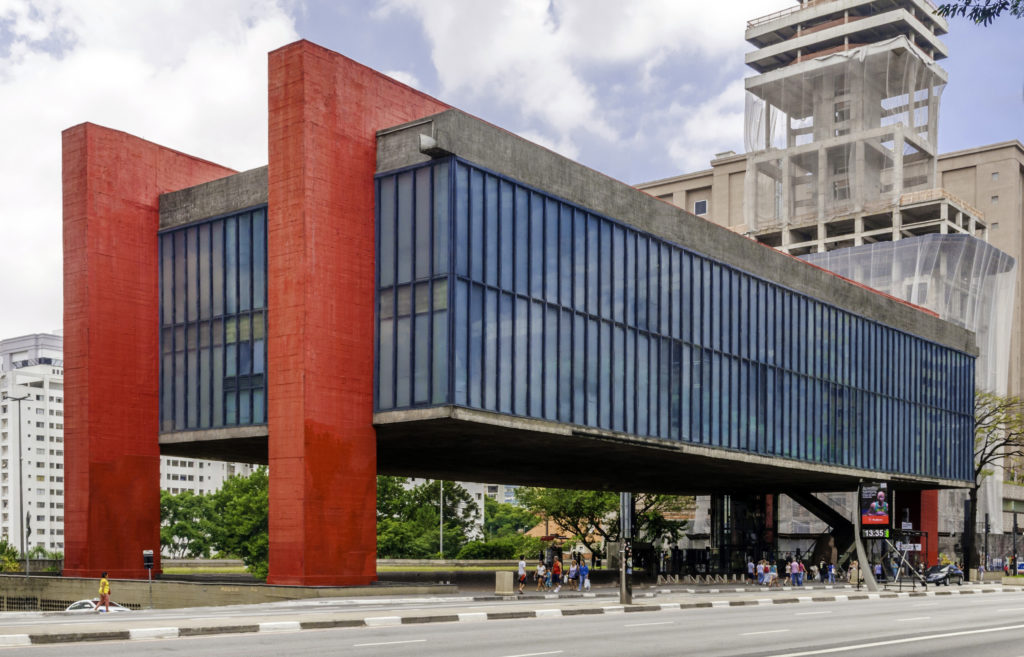 Sagittarius is an optimistic, positive and idealistic sign. It seeks freedom. Perhaps that very freedom is what reverberates in the large square that the São Paulo Museum of Art liberates under the cantilevered prism that gives body to the building. The city council made the express commitment to the donor of the site that no construction work would ever be built there that would cancel out the urban panorama. Lina Bo Bardi, together with the engineer José Carlos Figueiredo Ferraz, designed then an elevated block. It was suspended at eight meters thanks to four large pillars intertwined by two gigantic concrete beams. The result was the largest free floor in the world at the time, consolidating the prestressed concrete technique in Brazil. A forcefulness where scale is acquired through a direct, frank, adventurous and honest attitude. Typical of Sagittarius, in a structural, functional and aesthetic sense. 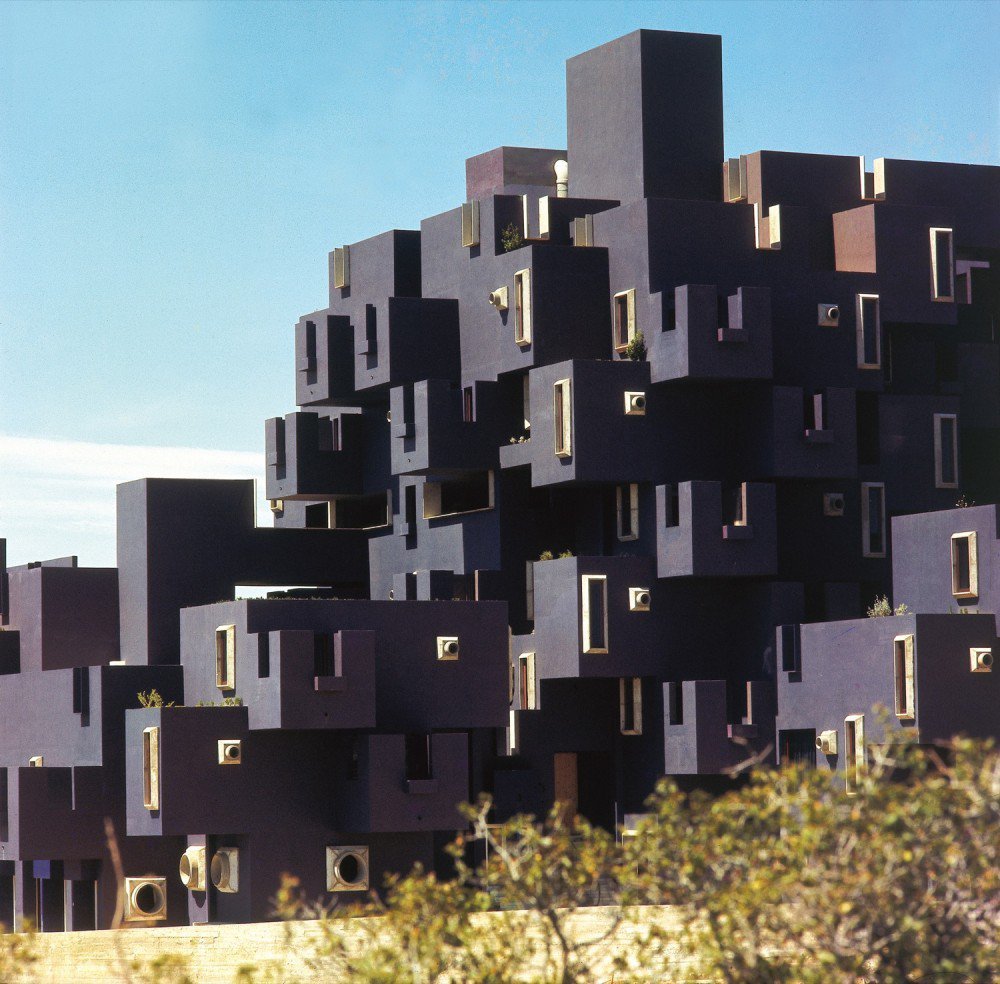 Built in 1968, this striking collective housing building was one of the first projects undertaken by Taller de Arquitectura, the studio co-founded by Ricardo Bofill. Its construction was a break with any tradition. However, behind its formally striking resolution, there is a carefully elaborated system. Capricorn is ambitious, has a sense of social responsibility, and works hard. This resonates in the castle: a pursuit of excellence through dedicated research and refinement. The building takes its name from Kafka’s book The Castle, an unfinished novel where bureaucracy is taken to its extreme. The building is composed of numerous cubic-shaped structural units whose order is dictated by equations. A first equation determines how many modules connect the circulation cores. Another, the height of the spirals that wrap around the axes. Each apartment is formed through the grouping of multiple cubes. Scale is resolved here from a system. Yet Kafka’s Castle is like a magical experiential game in which to lose oneself, like a novel whose plot traps. 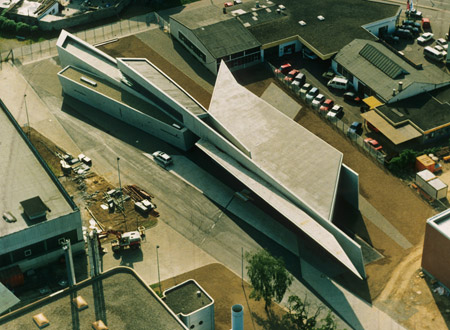 Logical and rational, yet original and eccentric. This is how we could describe this project, one of Zaha Hadid’s first built works. And also the sign of Aquarius. Although the Iranian architect began her career in the late 1970s, it was not until 1990 that her work became a reality. In the fire station, the concrete planes crisscross obliquely, translating Hadid’s powerful drawings into space. The building is refined to an apparent simplicity in search of the purest abstraction. It is the materialization of a concept that is first and foremost based on language. Aquarius is a sign that shows rebellion, independence and a relationship with the intellectual. A “frozen movement” is what is conveyed by this building that advances decidedly the aesthetics of deconstruction. Here, scale is approached from a language based on abstraction, the mental, and a sophisticated rupture of order. 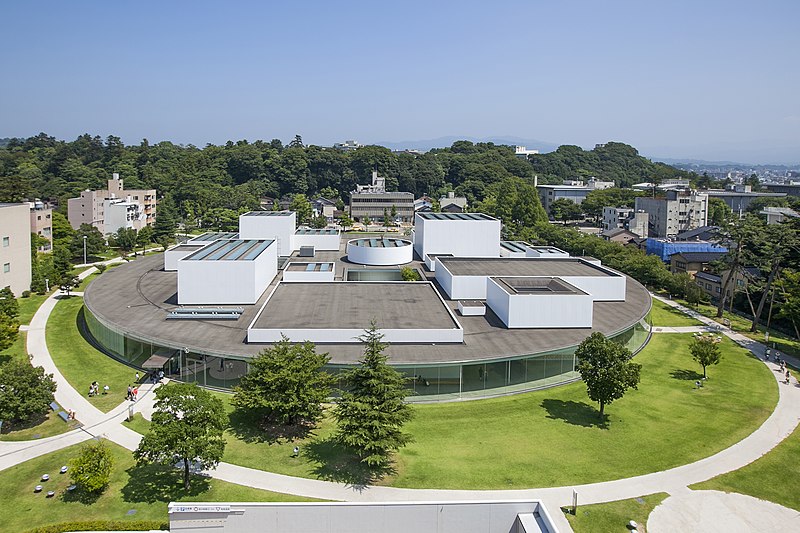 Pisces is friendly, likable and dreamy. The 21st Century Museum of Contemporary Art in Kanazawa, on the west coast of Japan is conceived as a circular building relating equally on all sides. SANAA (Kazuyo Sejima and Ryue Nishizawa) envisioned a space where people can gather whenever they want, seeking to convey enjoyment. Inside the museum, multiple rooms play to create a space where hierarchy has no place. Each of these rooms is different in terms of area, height and level of opacity. In this way, with a typical Pisces approach, artistic and sensitive, the building is organized in a seemingly simple way, but defies the traditional museum space to provide freedom. Scale is resolved here with a simple but virtuous gesture: a perimeter gives unity while generating equality with respect to its surroundings.