We bring back the relation between the Zodiac and architecture, which we already read a year and a half ago to a set of classic houses of architecture history. This time we will do the same with medium and large scale buildings. Maybe you believe that planets and their movements inspire our personalities and destinies, or maybe you don’t. But in any case, this report will bring you closer to the inner messages, and design issues, of magnificent works of architecture.

Scale is a key question when approaching the design of a building. Not only because it involves a high level of functional complexity, but because it requires a formal resolution that spans from the micro to the macro. The relationship of large buildings with their context poses a fundamental question to the design team. They must provide variety, expressiveness, functionality and respect for the context. In addition, different periods in the history of architecture have encouraged different approaches with regard to this topic. Tradition or originality, contrast or blending with the environment, geometric abstraction or figuration in the resolution of details, the choice of industrial or handcrafted materials, all these aspects appear when it comes to design. Or is it perhaps the influence of the stars? 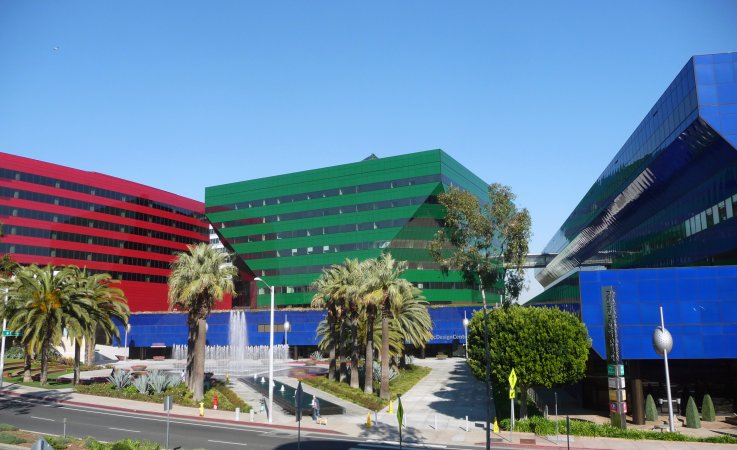 Aries is a pioneer and a strong-willed one, as was Norma Merrick Sklarek, who could be considered the first African-American female architect. She was born in 1926 in Harlem, during the golden age of the bustling and legendary New York neighborhood. Being a black woman unfairly made it difficult for her to find a job after graduating from college. And then led her to work behind the scenes. However she developed some of the largest projects in the USA. Among her most iconic buildings is the Pacific Design Center, designed with Argentinian architect César Pelli in West Hollywood, California. The Blue Whale, as the first of the buildings in the complex is often called, displays a strong and extroverted character, like the early spring energy of Aries. Its late-modern language is reminiscent of large rocks fallen to earth. It is finished in glass in cheerful and direct colors, characteristic of a direct expressiveness. The scale is resolved through the clarity of a gesture and an idea.

Taurus enjoys the pleasures of life. However, they never neglect security and comfort. This hedonistic indulgence is what is conveyed by the Clubs, a project by Luis Barragán. He was the Mexican architect who brought the International Style to a sensory synesthesia. At the age of 62, in 1964, the architect began this complex conceived for a community of equestrians. Here, the impeccable use of water, geometric abstraction and color are the protagonists. Through a sensorial and sensual understanding, beyond the visual, scale is approached. Barragán thought of the interaction between architecture and dwellers, whether human or non-human, at such a level that he declared: “I calculated the depth of the pond so that the water would reach the horse’s belly when it passed by”. A calm but forceful architecture that soothes, cares for and defines at the same time. The scale is approached here through the stimulation of all the senses. The sight of the pink colors of the architecture and the framing of the environment between its planes, the thermal sensation of the evaporating water, the smell of the vegetation, and the sound of the water. 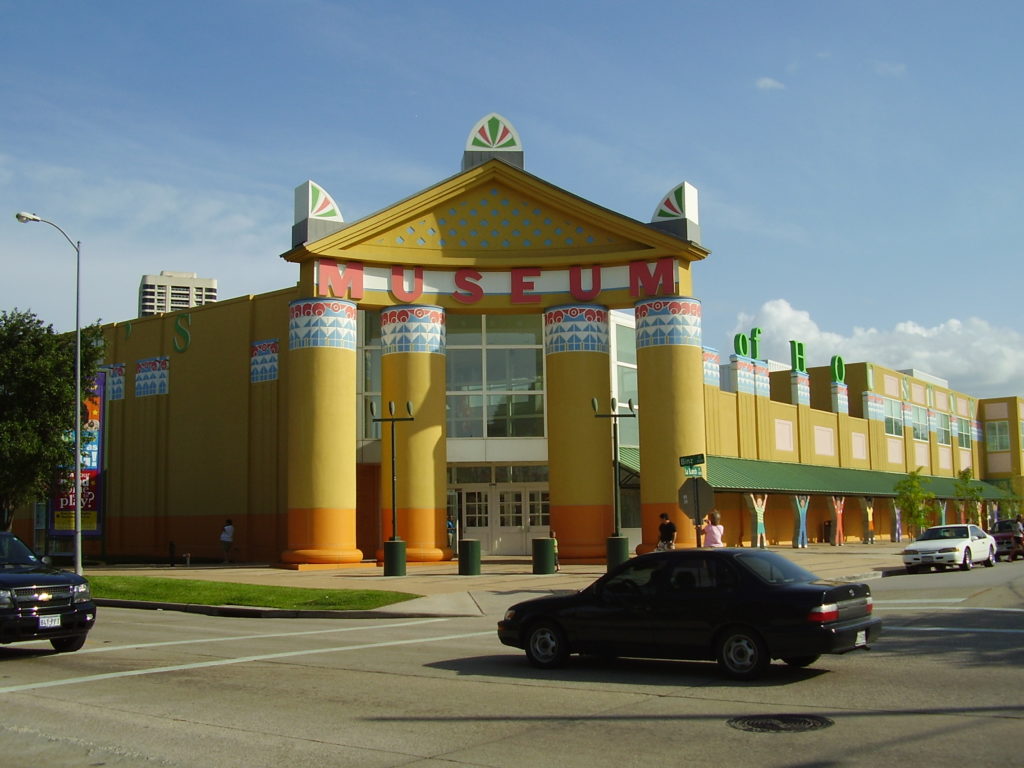 The visionary minds behind Learning from Las Vegas (or at least two of them), Venturi, Scott Brown and Assoc. collaborated with Jackson & Ryan Architects to design the amazing Children’s Museum of Houston, which was completed in 1992. The building interprets classical architecture as if it were a game. The large columns are topped by letters. The pillars are cut out in the shape of children’s drawings. A pediment seems to be integrated into the building, but in reality is an independent sculpture. Here it is all about surfaces, icons and images that are not as much as they are to be read. Gemini is the sign of communication, logic and the mental. The building can be understood as a great text. It is loquacious and ambivalent, as it shows itself to appear to be what it may not be. By those who opened the door to architectural Postmodernism, this work solves the problem of scale through the resources they defended in their famous book Complexity and Contradiction in Architecture: play, combination and contrast. 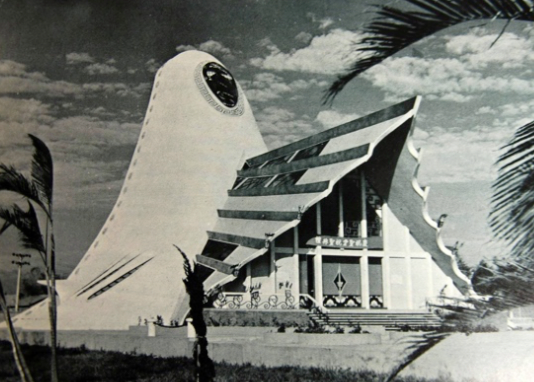 Xiu Zelan was born in Hunan Yuanling, in mainland China, in 1925. Her work developed since the 1950s could be classified as “critical regionalism”, combining the use of reinforced concrete with local traditions. Her contribution to the promotion of the active participation of women in the labor market is considered important. In the church of St Viator Catholic High School in Taichung, now sadly demolished, Xiu Zelan imagines a thin shell of reinforced concrete whose morphology refers to the traditional canopied boat that used to be seen on the Yuang River. Its function was to provide stability and protection. Behind it, reinforced concrete allows Zelan to play with form. The result could be connected to both Ronchamp and Japanese Metabolism. Cancer is the sign of care and protection, a sign that takes the experience of the past and transports it to the present. Zelan’s work further demonstrates the search for security, solidity and focus. These are the same ideas which modern techniques seemed to bring across the world. The Church demonstrates the architect’s capacity for formal composition. Scale is resolved through the recovery of traditional solutions executed with modern techniques.

Expressiveness, creativity and assertiveness: perhaps Le Corbusier’s Unité d’Habitation, a hymn to the sun, the star that rules the sign of Leo, is a good example of what this zodiac represents. More than a building, it is a manifesto. It became a reality on several occasions, the most acclaimed in Marseille: the Cité Radieuse or radiant city. The Unité d’Habitation is a utopian city, where residents had green space at their feet, terraces and brise soleils, an interior street equipped with stores and services, and a roof, where a nursery was located. Sculpted with nautical reminiscences, the rooftop overlooks the Marseille skyline. Le Corbusier solves the scale from within the idea, because the scale (grandiloquent as Leo), is the idea. For this purpose, what better material than raw concrete? And what better design solution than to turn geometry into necessity, or, to put it another way, to turn solar protection into a decorative game? What comes first, reason or emotion? 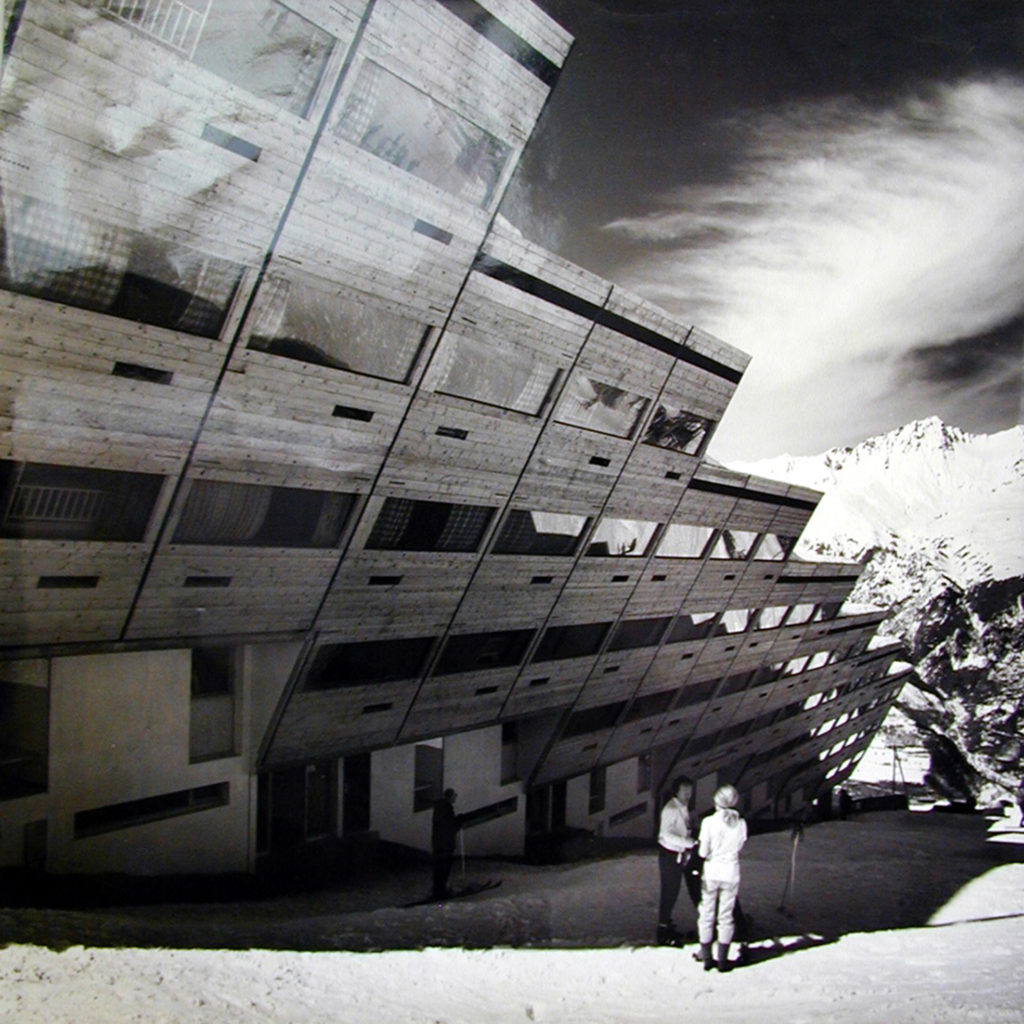 Charlotte Perriand, Le Corbusier’s collaborator, yet overshadowed by him (partly because of her gender and partly perhaps because of the architect’s vanities), is no less than the Swiss when it comes to using geometry to organize an entire ensemble. Meticulous, endowed with form and structure, like virgo, this Alpine resort was overseen by Perriand in its first two phases. Today it consists of four villages named for their altitude, Arc 1600, Arc 1800, Arc 2000 and Arc 1950. Perriand, who at the time of this project was 60 years old, sought to go beyond the limits of prefabricated mass housing. While at the same time she was thoughtful in its integration into the natural environment. Therefore, Le Cascade’s building, for example, is adjusted so that its visual impact is the least possible. The inclination of the roofs is arranged parallel to the slope, while the orientation of the buildings is arranged perpendicularly. Virgo is characterized by attention to detail and service to the common. Thus, in the interior of the apartments, she insisted that the kitchens were open to avoid being isolated from the rest of the spaces in the house. Les Arcs is characterized by a meticulousness when it comes to scale. One that does not neglect the minor (interior wellbeing, economic accessibility or landscape integration) in order to resolve the major, the urban scale.