A few weeks ago we wrote about Art Deco swimming pools, built in the 30s and 40s, now we write about modern and postmodern pools that took the good feeling of going swimming to the garden of single-family houses. 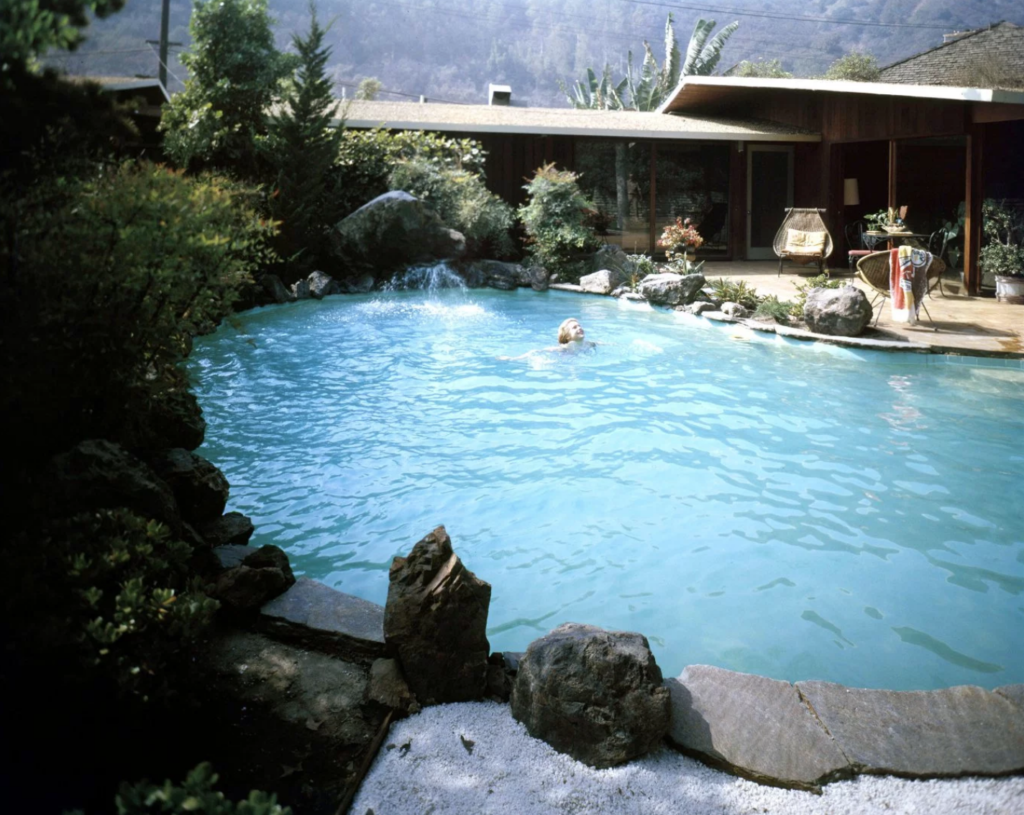 Photograph of a swimming pool in Beverly Hills taken by Joe Scherschel for LIFE magazine in 1960.

In 1960, LIFE magazine sent Joe Scherschel to photograph what was in that moment a new domestic phenomenon: the private swimming pool. According to LIFE, Americans would spend $ 250 million in building their own swimming pools. It were precisely the Americans the ones who popularized the idea of having a pool at home.

‘The climate is sunny, the people are less tense than in New York … When I arrived I had no idea if there was any kind of artistic life there and that was the least of my worries.’ British artist David Hockney said about his arrival in Los Angeles in 1963. He was fascinated by California’s hedonism. Everyone had a swimming pool. Hockney would return to the city the following years, and then in 1976, he moved there. The most famous work of the artist precisely features a swimming pool. ‘A Bigger Splash’ was painted in 1967 from a photograph that Hockney discovered in a book. In addition to the water, the painting shows a modern style house. 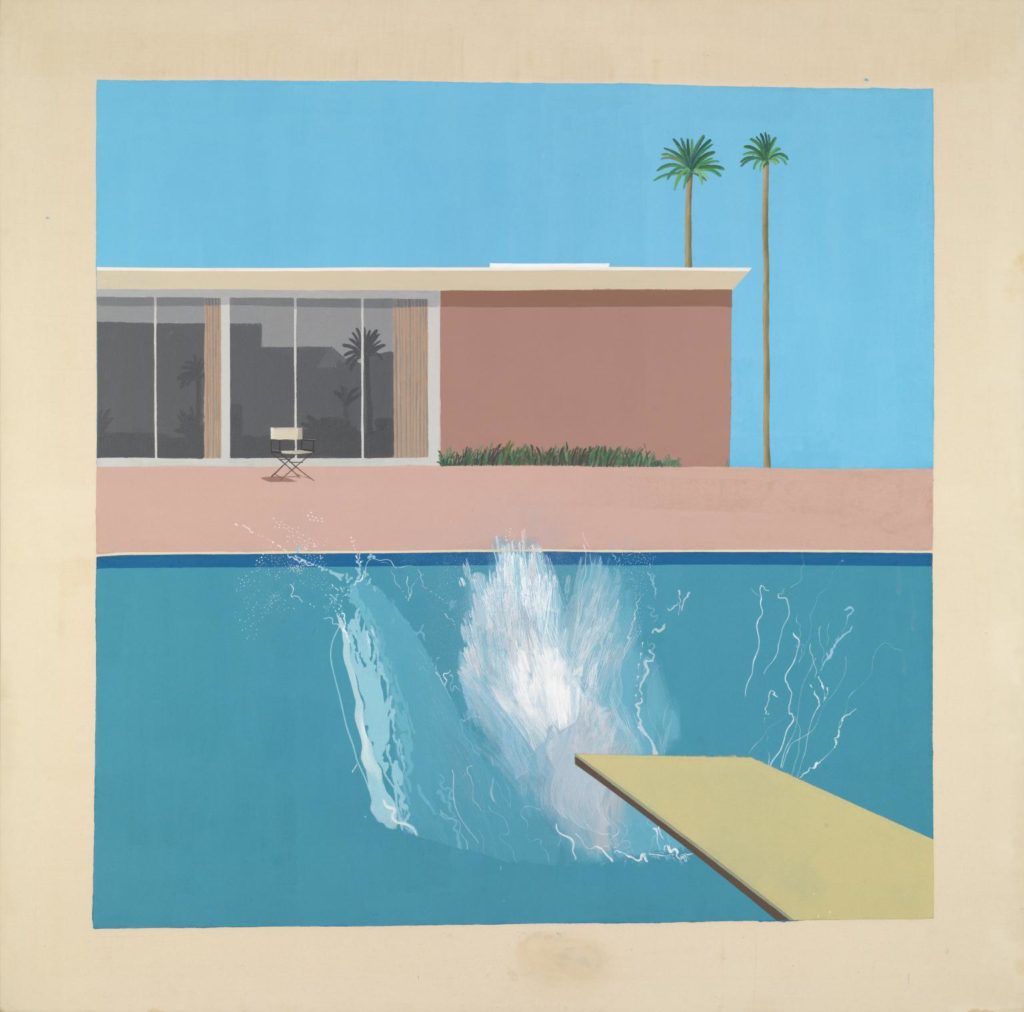 Modern architecture in California in the 40s, 50s and 60s, meant transparency and lightness. The best example of this are the Case Studies Houses that were built between 1945 and 1966. The program was an experiment in residential architecture that ‘Arts & Architecture’ promoted. The magazine was then directed by John Entenza. The best architects of the time, such as Richard Neutra, Raphael Soriano, Craig Ellwood, Charles and Ray Eames, Pierre Koenig or Eero Saarinen, participated in the program.

Of course, most of the Case Study Houses were built with a swimming pool where the owners and their guests could cool off the sun. They were incredible examples of architecture. Among them, perhaps the most famous is House number 22, designed by Pierre Koenig. The building is surrounded by water ponds that circulate to the roof and return the water as if they were fountains. In addition, a swimming pool faces the spectacular views, which have become an icon of Los Angeles. 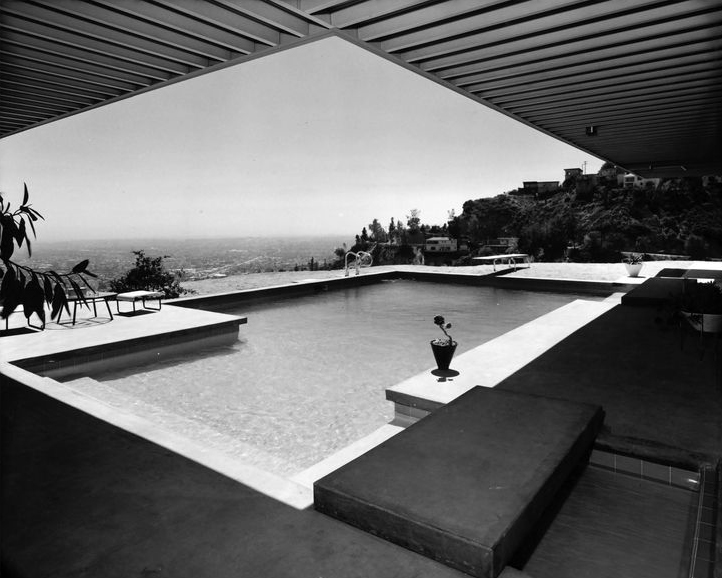 The simulation of a natural style was then a fashion trend. Many swimming pools were designed as free shapes and surrounded by rocks. Sometimes, when located in the countryside, they replaced the inconveniences of bathing in a lake or in the sea. 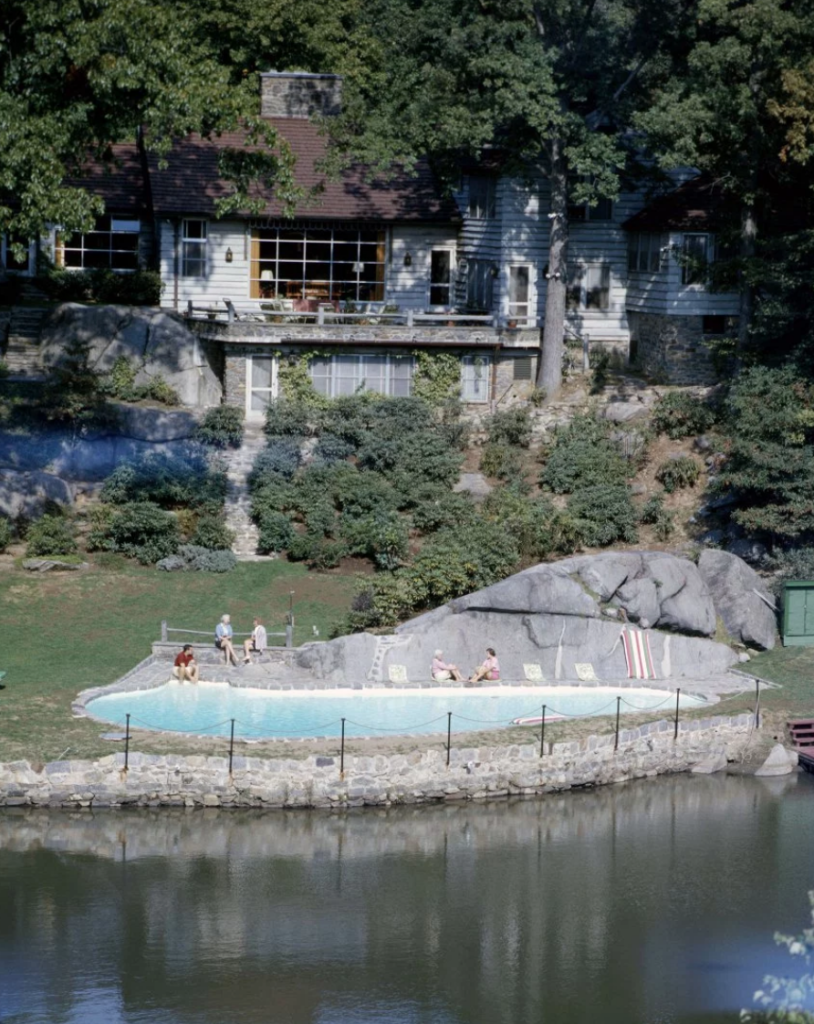 One the best designs of curvilinear swimming pools is the Case Study House by Albert Frey in Palm Springs for Raymond Loewy. Loewy was an important designer of the 1950s. He was the author of the logos of Lucky Strike and Shell, and the Coca-Cola bottle. He was also a designer at Studebaker, a car brand in which Loewy applied a new style called “streamlining”, characterized by stylization and aerodynamics. His work, developed under the slogans ‘Most advanced, yet acceptable’, and “Ugly things sell badly”, is characteristic of the Golden Age of design in the United States. 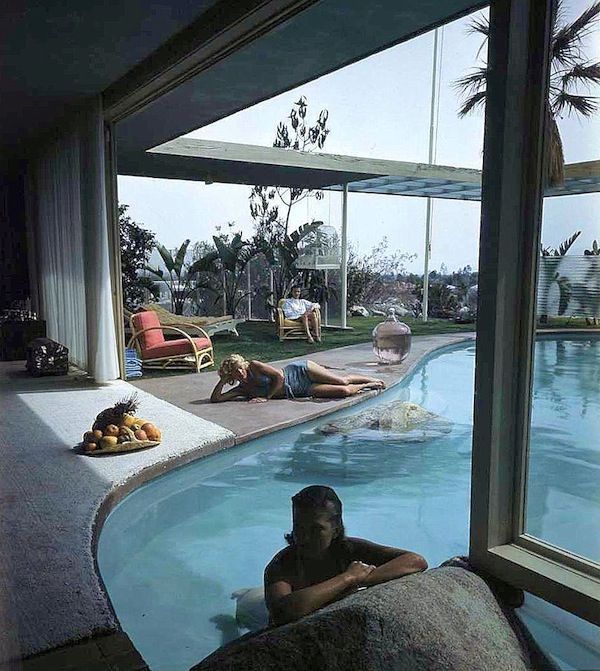 In this Case Study House, the pool is curvy, and penetrates the interior of the house diluting the inside and the outside. The images of Julius Shulman, the excellent photographer who immortalized much of the California architecture of the moment, reveal it as the centerpiece of the house. The swimming pool, closed by a pergola and a rock garden, and the one floor house, is the setting for intimate parties in a summer that lasts all year round. 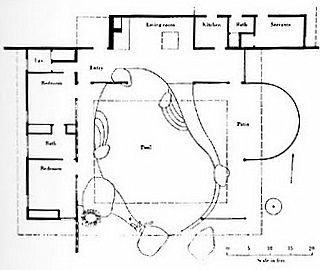 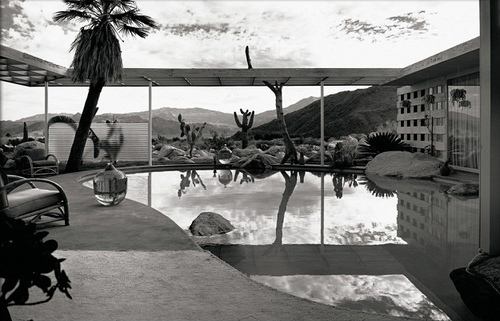 The Canarian artist César Manrique was also in the USA in the 60s. After spending two years in New York, Manrique returned to Lanzarote and built a house in harmony with the island landscape. The dwelling rises in a territory affected by the lava stream of the last eruption in Lanzarote in the eighteenth century. The first floor is located on the top of a lower part formed by a kind of grottoes, volcanic bubbles, which the artist used to create rooms. They were connected by corridors drilled in the magma. One of these bubbles, devoid of roof, naturally, since it sank during the volcanic magma movement, served to create the pool. Manrique called it ‘jameo del agua’, which means sinking.

After the 60s, the private swimming pool become a global phenomenon. Some pools designed in the following decades showed luxury and hedonism. In 1976, Ricardo Bofill built a house for himself, where the pool, this time through color, was unforgettable. It is the holiday home of the architect, located Mont-Ras, in the Costa Brava. Finished in red tile, under the strong light of the Mediterranean, the theatricality of his architecture is emphasized. The dining room, a meeting place, also coated with red ceramics, is oriented to the pool and connected to the kitchen.

In the houses by AGi architects, the swimming pool is also essential. It often occupies a central place, becoming the heart of the home, either outside, like in Mop House, or in the interior, as in Three Gardens House, where, in the patio of the house, several swimming pools relate to the volumes that configure it. The pool sometimes relates to the horizon, as in Star House, and in others, it links interior and exterior, such as in Wind Tower pool. Finally, color and type of finish give personality to each swimming pool, illuminating the spaces in which they are located, and endowing them with character. 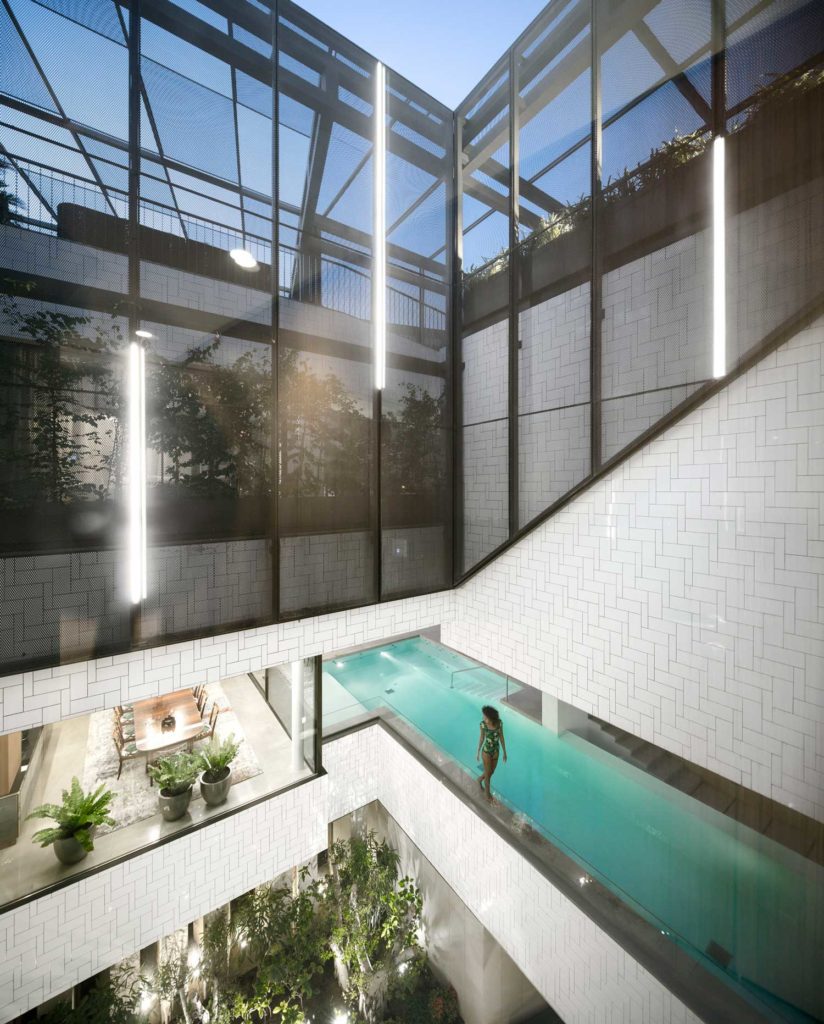