The Delicias station, in Madrid, is going to be upgraded to accommodate a new Railway Museum. It is located near the main cultural centers of the city, such as Medialab Prado, Tabacalera and Matadero Madrid. These are renovated industrial buildings which bear witness to the economic past of the south of Madrid.

While industrial heritage continues to be threatened by urban development, gradual appreciation of its value has encouraged recovery for contemporary programs. Ornamentation, materials, singularity as well as collective memory provide a framework of undeniable value for cultural programs. In this context, the adaptation of the old Delicias station for the new Railway Museum is proposed. Industrial heritage is at the center of AGi architects’ project, winner of the second prize.

Lucía Azurmendi, the architect at AGi architects who led this project, explains how heritage is addressed in it.

“Our master plan prioritizes the infrastructure’s understanding from a historical point of view”. One of the starting points has been to identify elements that disturb the original design and recommend their removal. “And secondly, we have recovered and incorporated various other elements belonging to the Spanish railway network”, since it is not possible to understand the functioning of a 19th century station as a mere train container.

“It is common in the railroad world to reclaim elements initially intended for one place in order to use them in another”. By applying this approach, the project expands the existing facility at Delicias with “an open-air museum located around the existing tracks. In this museum, elements of the Spanish railroad network are recovered. Many of them are now abandoned and forgotten. So, this is a way of preserving them. Indeed, we have managed to accommodate certain programs inside them”.

The project creates an open-air museum around the existing tracks, with elements of the Spanish railroad heritage.

Here, Delicias’ large outdoor public space highlights the territorial nature of the railway network. There is a kinematic quality to its landscape. “In terms of circulations, we organize two routes. One is public and is open to the city. In this first, these reclaimed structures are perceived as a set of large urban sculptures. The second route is linked to the Museum and located on top of a footbridge. By means of a chronological narrative, it shows the evolution of railroads in Spain”. 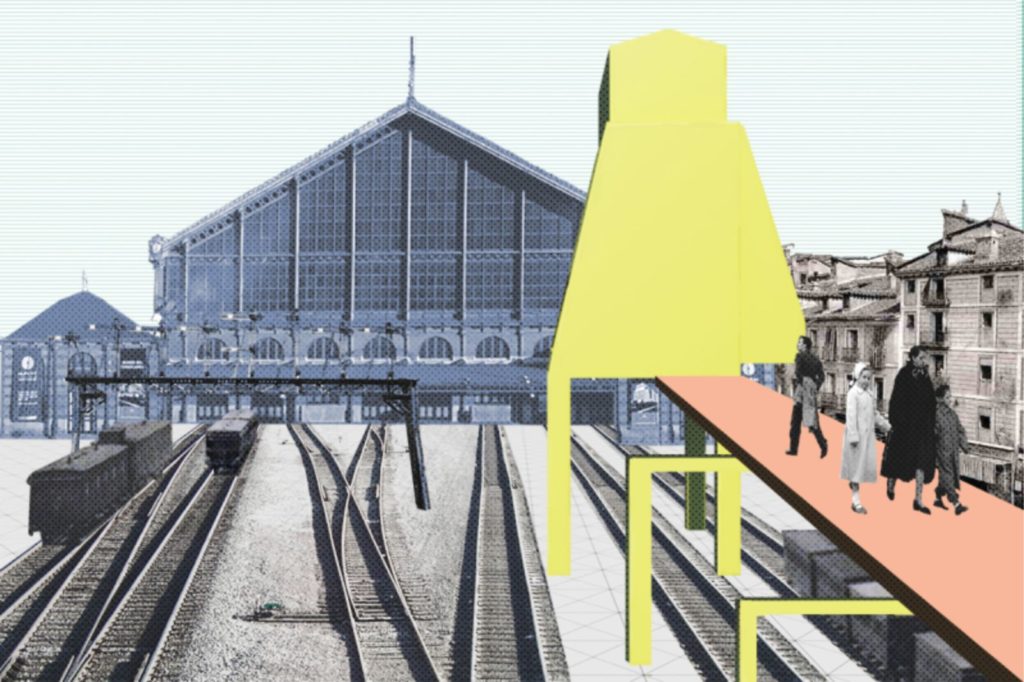 One of the problems that has traditionally been associated with city train stations is the interruption of the urban fabric by railways. “Delicias station was a terminal station, so the tracks only run south of it. These tracks articulate a linear public space that connects the station with the Tierno Galván park. Currently, this space is a barrier, not only because of the presence of the tracks, but also because of the great urban void that exists on the other side”. In the project, “all this barrier is filled with different programs, so that in the future it becomes a link with the neighborhood. The area is woven through these landmark-sculptures and the plazas that surround them. There are level crossings, typical of the railway language itself”.

A Railway Museum simultaneously poses the challenge of conveying the history of railroad transportation and its impact on society, as well as being home to the collection of historically important and large-scale railway vehicles. “Since the main piece is a 19th century station, all the elements typical of this period are recovered. Thus, one of the tracks is set in use for explaining steam technology. There are tanks, water tanks, cranes… and one of the most representative structures: the rotunda or rotating plate, with its annexed tank. This structure was used to rotate locomotives. However, with the advent of diesel and electric traction, it fell into disuse. The Delicias station had one, now gone, with a capacity for 24 locomotives”. 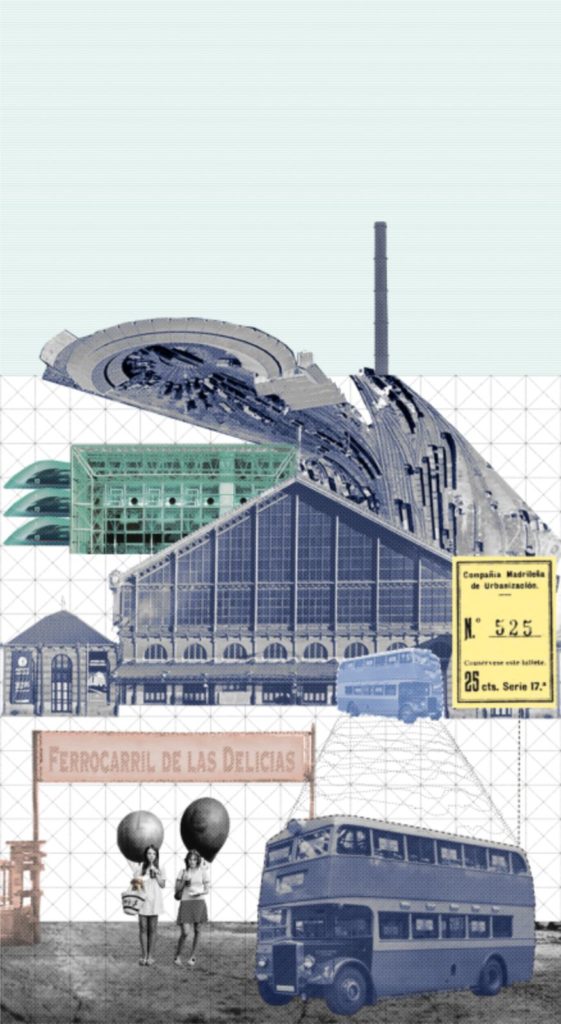 Working with the many trains in the museum’s collection was the biggest challenge posed by the project. The team found that “one of the problems with Madrid’s Railway Museum is the amount of patrimony it has. It is currently displayed statically in the station. We thought it was important to recover the dynamism of these elements. It was also important to empty the station as much as possible. A new pavilion is designed to accommodate electric trains. The rotunda will be sheltering steam locomotives and wagons. Thus, the station will be ‘sponged’”. 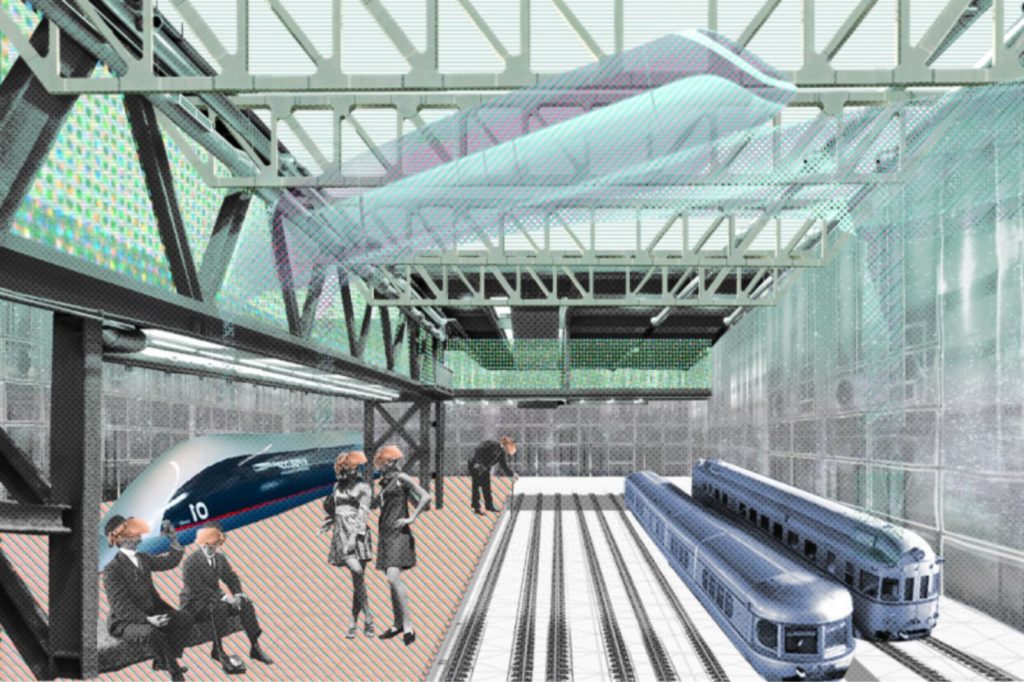 It was important to recover the dynamism of the Museum’s collection as well as to empty the station as much as possible.

In parallel to the museum program, new functions have been incorporated. “The project is conceived as a large mixed-use space that includes restoration, innovation incubators, and contemporary culture. Its flexibility and sustained use will help to preserve it and keep it alive”. 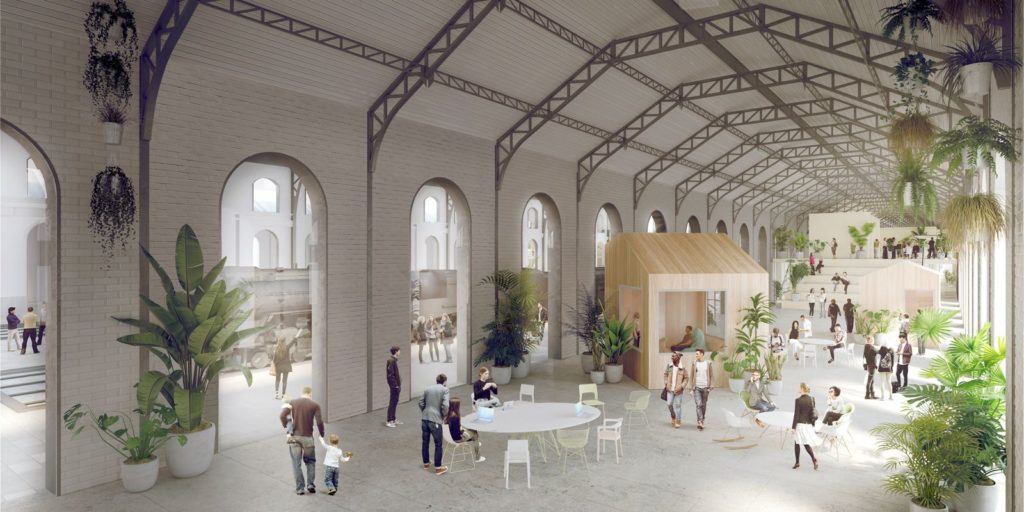 Given the threats that urban pressure can pose, in AGi architects we find that the conservation of facilities such as the Delicias Station is a way to preserve the city as well. For Lucía Azurmendi, this kind of project must be approached in such a way that both cultural programs and neighborhood life are enhanced. “In addition to its importance for being industrial heritage, and for being part of the collective memory of the citizens, these large infrastructures are great for contemporary activities. This is a more sustainable way of living in the city for the future”. And it is a guarantee that heritage is preserved.

These spaces must be “open to all citizens and especially to the neighborhood’s people, who will inhabit them the most. Several programmatic layers and different types of users are compatible, and ensure sustainable urbanism”. More specialized programs must coexist with programs of local scope. “We cannot have an event like the current Motor Market, in the Station, held once a month and heavily visited, while the neighbor who lives close to the station is unable to enjoy the space at any other day of the week”.