The designer couple Ray y Charles Eames lived in Pacific Palisades, Los Angeles, in a small, sunny home made of steel and glass and surrounded by trees. The iconic example of Modern domestic architecture, today considered a landmark of Los Angeles, began in the early 1940s. At that time, the couple of designers had just begun working on the site, selected by their friend John Entenza. They had imagined how to build a home and, together with the architect and colleague Eero Saarinen, finished designing it. They had already ordered some of the constructive elements necessary to build it. 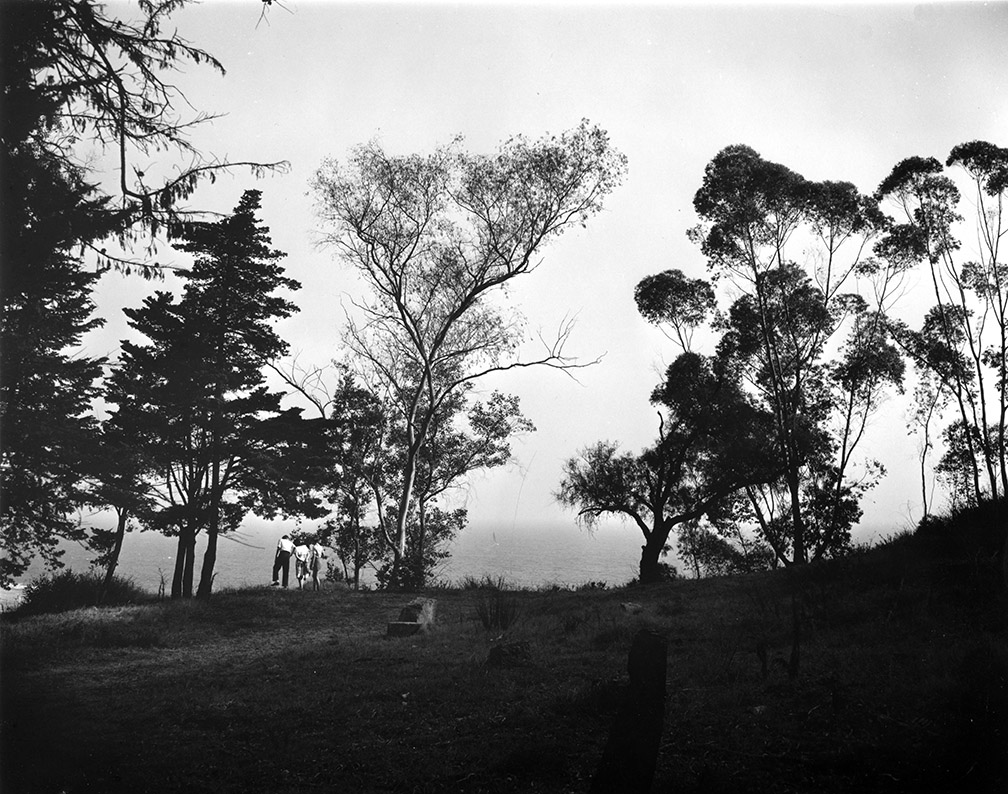 The project was very modern. As it was published in the December 1945 issue of Arts & Architecture magazine, directed by John Entenza, the house was configured as an elevated volume, over the the horizon. It took the name of Bridge House.

But the participation of the United States in the Second World War caused that structural steel was not available until 1948, since the armament industry was being given priority. Meanwhile, Charles and Ray Eames continued to think about their house.

Influenced by a new sensitivity to the place where the house was going to be built, since they used to visit the plot, the couple began to modify the project. In addition, Charles Eames had recently seen the Mies van der Rohe exhibition at the MoMA in New York. All these made them reorganize the industrial elements they had ordered in a new design. The encounter of Ray and Charles Eames with the place and with some pieces of the industrial catalog, together with the influence of the International Style, would give rise to the final form of the house. 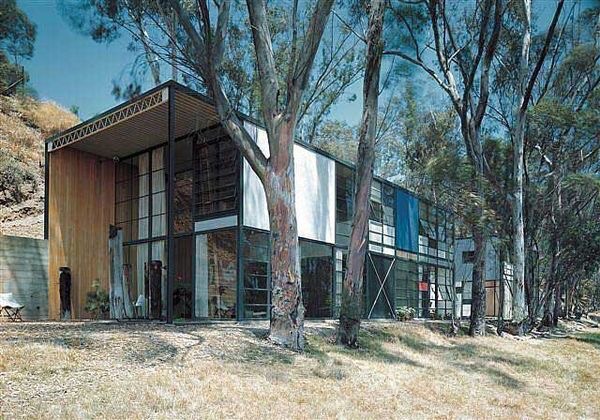 This second project also defined a container, or rather two, the house itself, and next to it, the office. But its proportions now responded to two new priorities: keeping the landscape as intact as possible, and maximizing space. The volumes were placed close to the hill, but they were hidden, taking advantage of a row of trees. The house lost all possible formal definition, and the constructive details simply arose naturally in the union of one piece with another.

The walls were largely glass, so the separation between interior and exterior was ambiguous. This feeling was multiplied by the impressions of nature on it, in the form of shadows and reflections. The trees were the true limits of the house. 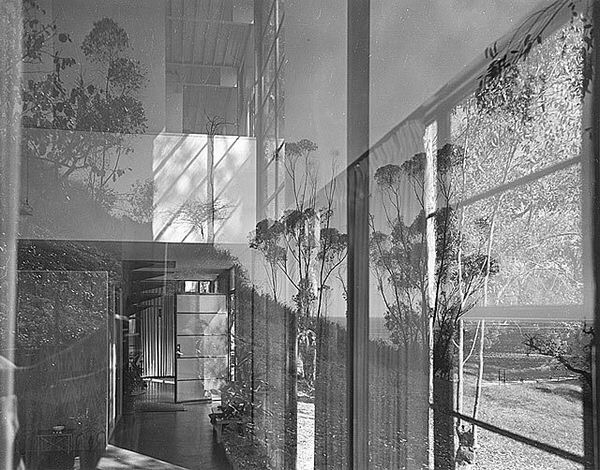 The Eames house was no more than an envelope that protected thermally an inhabited interior. As Iñaki Ábalos wrote about the house by Alejandro de La Sota in Alcudia, in his book La buena vida, the dwelling is a «sensorial experience technically induced». Thanks to technique, Ábalos suggests, the Californian Modern domestic architecture turned the outer wall into a membrane with no other functions than to protect from the rain and wind, letting in the light. This was possible thanks to the environmental comfort produced by machines.

«We are interested in the house as an essential tool for living in our time, the house as a solution to the human need for shelter that is contemporary from a structural point of view, the house, above all, take advantage of the best techniques engineering of our highly industrialized civilization».

Charles Eames, in What is a house? What is design? 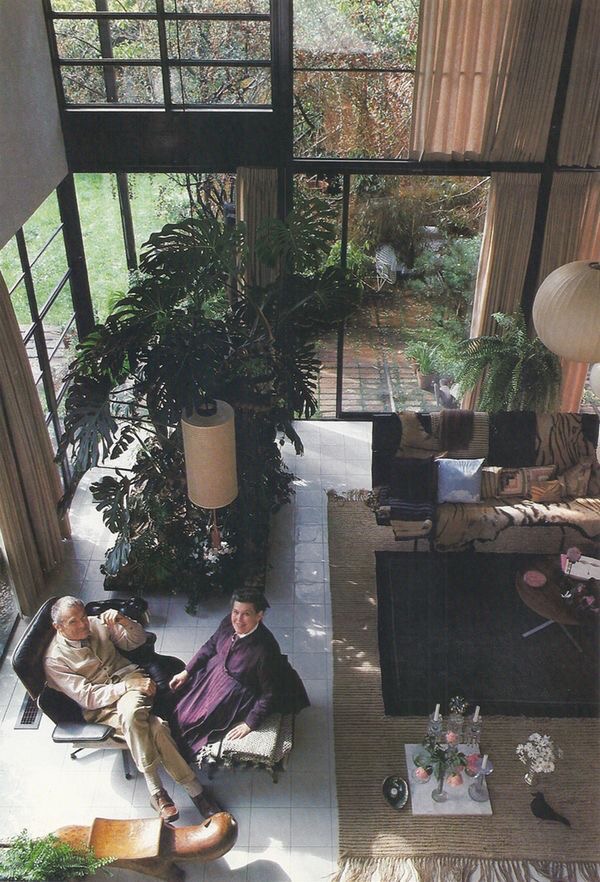 The new home took the name of Case Study House # 8. It was part of John Entenza’s well known project of preaching Modern domestic architecture through projects built by significant representatives of West Coast architecture, such as the Eames. The initiative, which began in 1945 and ended in 1966, occured in a context of housing scarcity in the United States, just after the end of the Second World War. The new design was published in Arts & Architecture magazine in May 1949.

The house had been designed with the artistic technique of selection, juxtaposition and reorganization of existing elements. Ray and Charles Eames used these ideas for other architectural and visual projects. An example is the movie «House: after 5 years of living» from 1954.

The film shows 11 minutes of fragmentary views of the house. It does not have a clear narrative. It is not a journey or includes general images of the places. Instead, the scenarios repeat, randomly the interior or the exterior appear, the image zooms in or out. It is not about making the viewer understand an architecture, but about sharing a lifestyle through domestic tools, constructive details, the leaves of a tree or the shadows of nature. The walls end up functioning as pictures made up with color, reflections and transparencies.

Nature is equivalent to architecture here. The house unfolds as a heterogeneous collection of lived moments. They are represented by carefully selected objects that form a beautiful set. As a result, the house is no longer a group of functional rooms, but an amalgam of situations lived in a day-to-day basis. 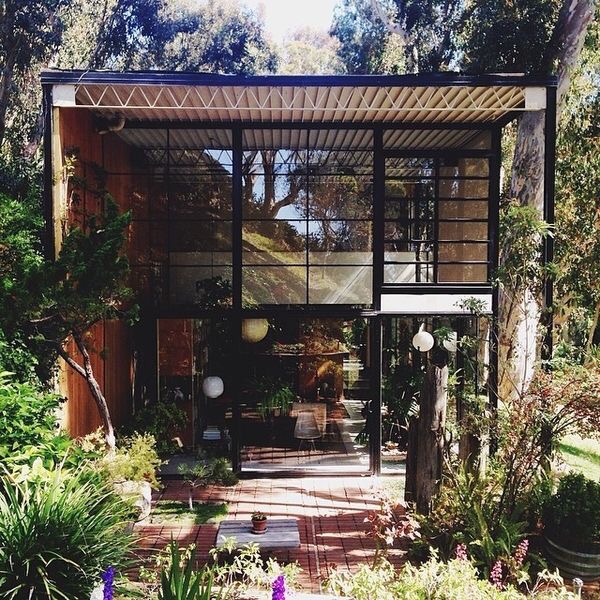 «After thirteen years of living in a house with exposed steel frame, Ray Eames said, ‘the structure long ago ceased to exist. I’m not aware of it’. They lived in nature and its reflections —and reflections of reflections».

The Eames erase the boundaries between interior and exterior, between life and architecture. An understanding of the relationship of the home with its users and their surroundings that is pleasant, aesthetic, contextual and attentive. AGi architects works to incorporate it into every domestic architecture project.