The Castilfalé Palace is a fine example of Renaissance architecture in Burgos, originally built in the second half of the 16th century. Converted and altered in the 1920s, it now houses the municipal archives of the city of Burgos. Our proposal was the winner of the competition for the expansion of the city archives on the adjoining site.

The palace is located in front of the Cathedral of Burgos, a 13th century Gothic temple, one of the jewels of this style in Spain and among the most important buildings in Europe. The cathedral was built in connection with the Camino de Santiago pilgrimage route. Its elegant spires over the roofs of the houses give beauty to the whole old part of the city.

Main ideas from which the project is approached

A series of questions had to be answered when it came time to propose a proposal, linked to this special urban context, and the particularities of the program of an archive. 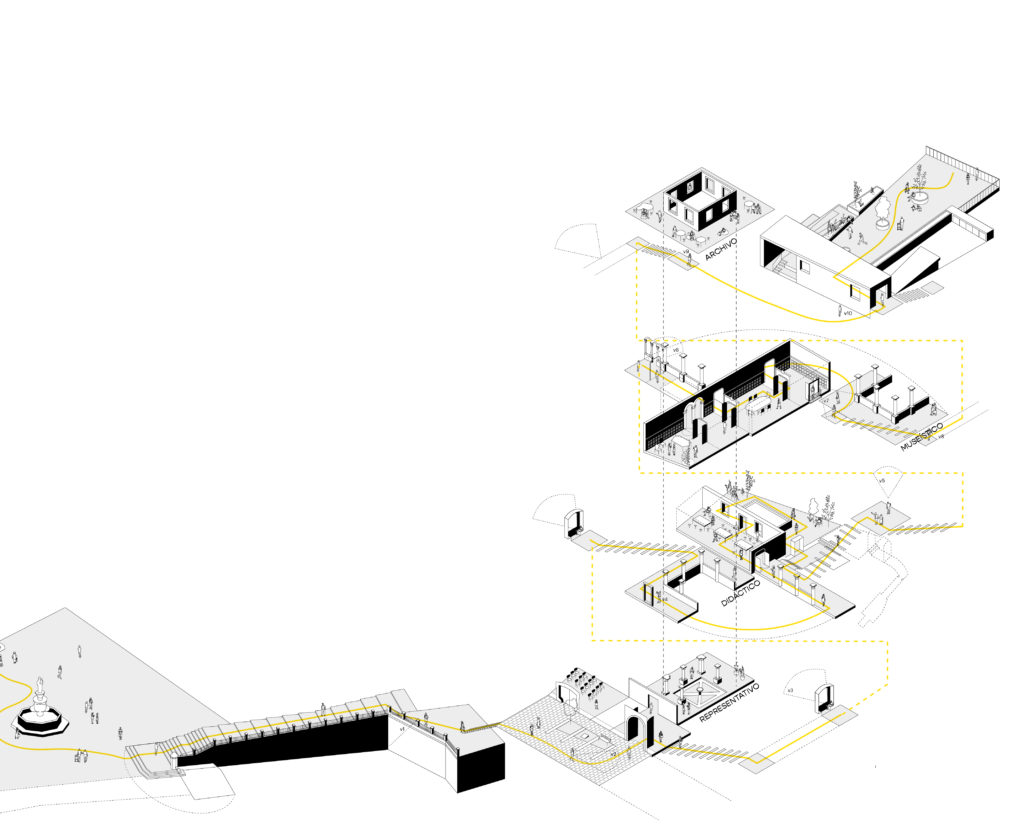 We propose to work on the existing building to restore as much as possible the original building. We will demolish the modifications produced throughout the various renovations and simplify the complexity of the interior space, its levels and staircases.The ground floor will house a series of spaces in which to hold conferences, concerts and other cultural activities. On the first floor, classrooms and workshops will house an educational program. The second floor, which currently already contains the exhibition rooms of the original dwelling of the nobles of the Palace, expands with new rooms for the display of topics and documents from the archive. The fourth floor will include research areas.

In the garden, a series of actions are proposed to restore the original spaces. The demolition of the roof of the statue garden area, recovering its original height, will provide the palace with a private garden. The cistern will be restored as a sheet of water. The garden in the southwest area will also be recovered.

New building dedicated to the Archive 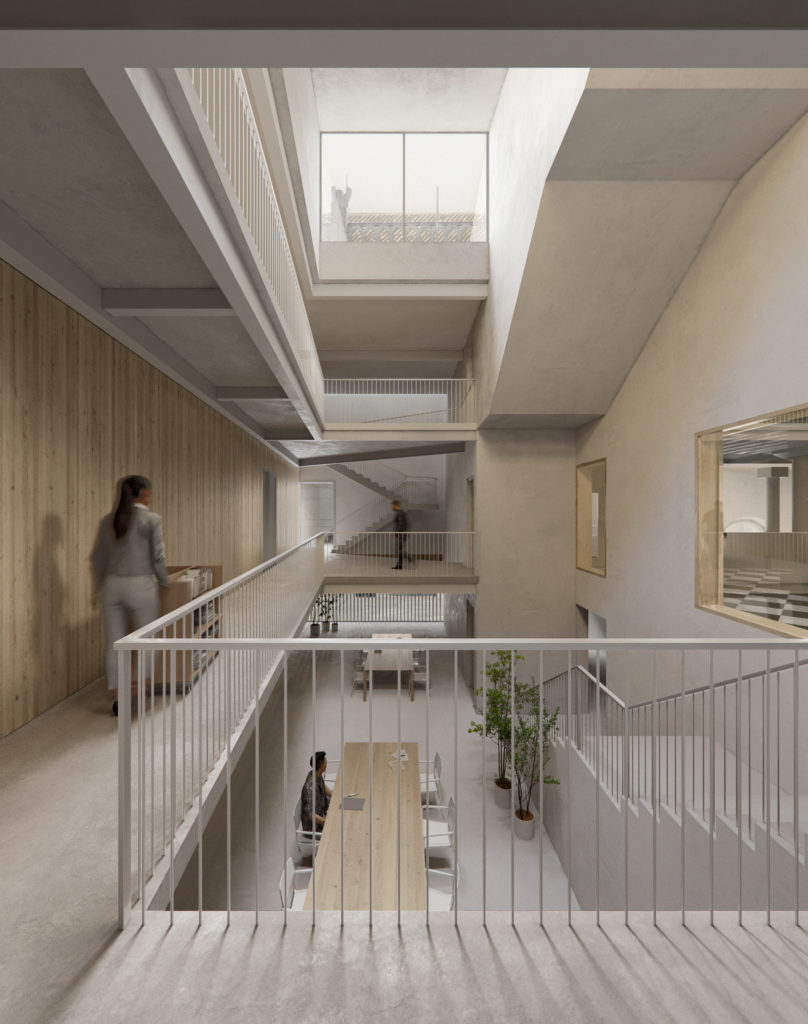 The archive storage is concentrated in the new building adjacent to the palace. Its volumetric definition is expressed as an opaque form that complements the facade of the palace. For this purpose a coherent material relationship is established through the use of stone, wood and brick. The façade becomes muted, like an abstract cloth that gives prominence to both the Palace and the Cathedral.

We projected an atrium of vertical circulations with zenithal light, which organizes the routes and accesses to the storage rooms. The volumetric compacting of the storage rooms optimizes the circulation areas, and the storage of documents, in order to make them easily accessible. A double technical wall with high insulation delimits the storage areas. This guarantees the conservation and safety of documents, photographic and cartographic material, books and special media. The air conditioning system is located in this wall to ensure the specific climatic conditions for the documents.

Creation of an urban route through the building

The project includes the creation of a route through the Palace’s interior. It is an ascending path that begins in the Cathedral Square and ends in the newly created Plaza Mirador, overlooking the Cathedral.

This architectural path connects the variety of experiences that activate the spaces of the Castilfalé Palace through visual frames. Other connections visually frame views of the cathedral. The aim is to make the daily activity of this container of the city’s memory accessible.

The project pursues the energy efficiency standards of a passivhaus building. The interventions include the perimeter continuity of the thermal envelope, a heat recovery system and a skylight oriented to the southeast that allows solar gain in winter.