Archipelago Villa’s concept is born from the idea of living the house in a different way. We organized the house in independent areas, which we called islands, each dedicated to a specific function. Every island establishes a relationship with its own garden. And at the same time, each island is connected to the others.

In this way, the living spaces and gardens form a whole, an archipelago. 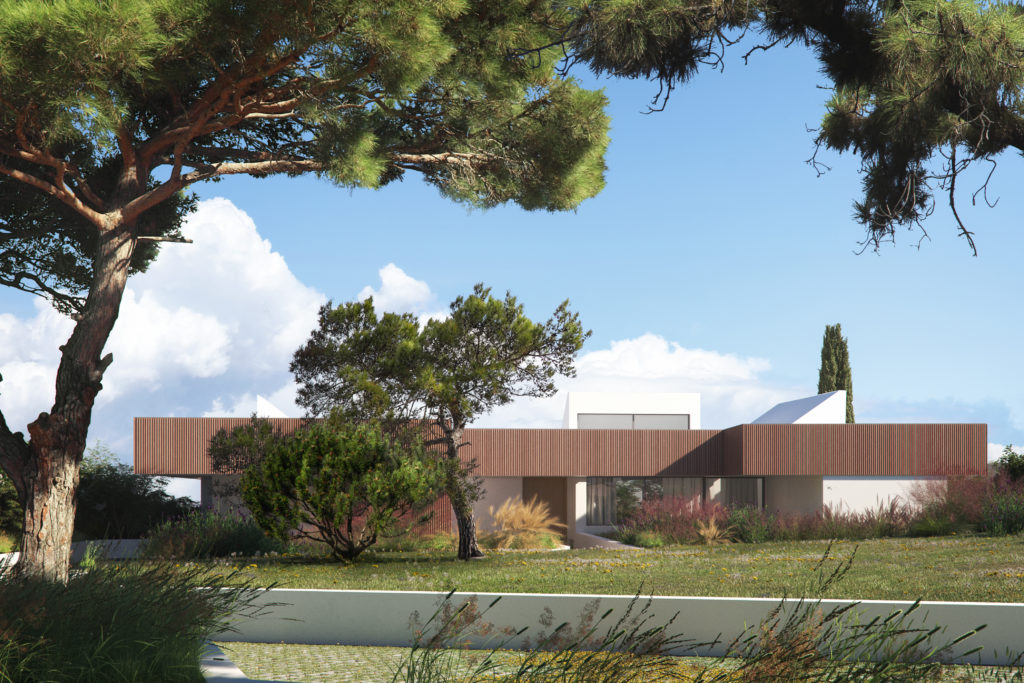 In the house, each island has its own character that relates to its function. But at the same time there are common spaces between them that link the islands naturally. All of them visually connect with the garden that surrounds them by the outer perimeter. In addition, they turn towards a central atrium. These visual connections between spaces are one of the main ideas that articulate the design of the house.

Thus, from the aromatic garden that is located next to the entrance of the house one can see the large central atrium, located just across the living room. All of the islands maintain these interior-exterior relationships with each other and with the atrium. In this way, the space feels fluid and related to the exterior, while at the same time it seems autonomous and private.

The design of the roof of the house was also a key element of the project.

A large roof is common to all the islands and provides them with shelter, unity and shade. With it, the archipelago is closed. This roof has a great visual presence. It is a flat ribbon that wraps around the house and floats over it. 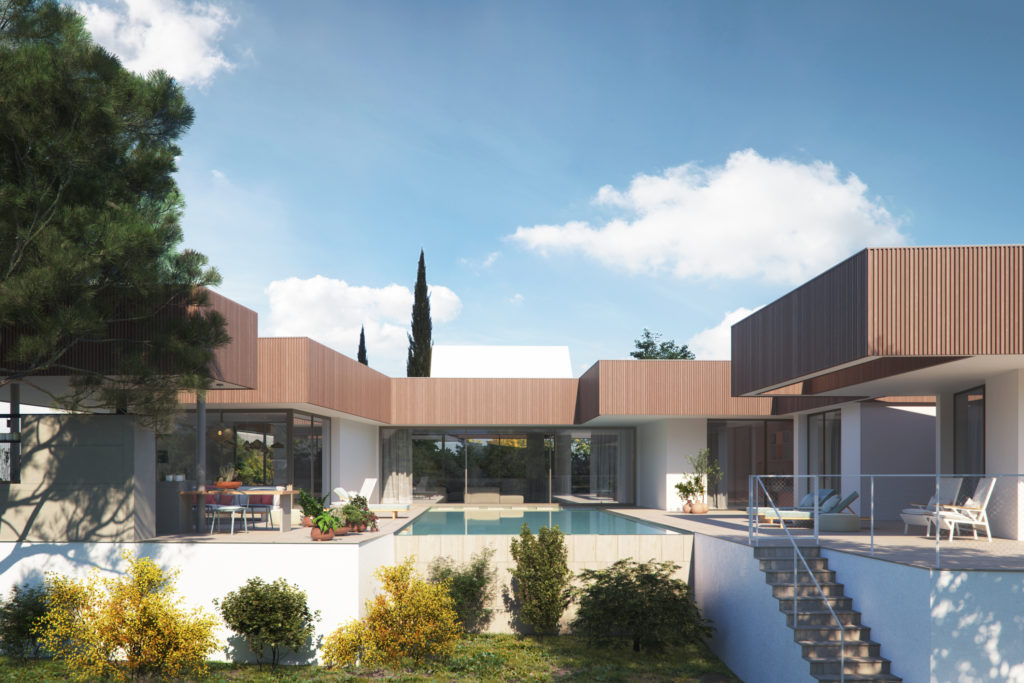 Archipelago Villa | View from the atrium. Image by The Viz Design Company

The house is accessed via an aromatic garden next to which the family island is situated. The island has a closed dining room, a large living room and an open kitchen. In the kitchen, a large skylight located above the cooking area illuminates the entire space. One can see the sky while cooking. Another large skylight is located above the living room. The roof slopes creating perfect spaces for cooking and meeting.

The roof is a sign of the importance of these common areas. 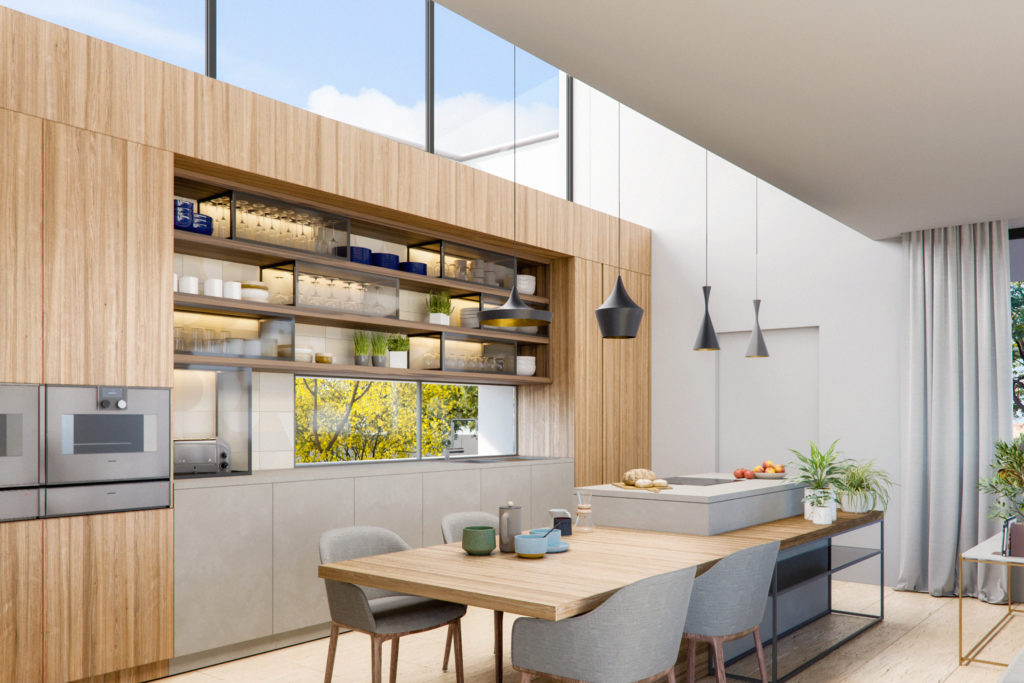 On the other side of the entrance, there is the cinema island. There is also the island designed for the daughters. It has three large bedrooms each with its own bathroom. Because of its organization, they have a lot of privacy. The outside garden in front of the bedrooms is a flowery garden whose tones are related to those of the interior decoration. In connection with the girls’ island is the privée island, dedicated to the parents. In it, a large bedroom with a large dressing room and spacious bathroom opens to a large private garden that has a tropical accent.

The islands surround a large open atrium bordered by gardens. A large swimming pool dominates this space. There is an outdoor kitchen and dining area that connects to the indoor dining room, whose glass doors can be completely opened to the outside. This is the chill out island.

The house has a characteristic ceramic façade that gives a warm materiality to the whole space. In the interior, the finishes consist of oak floors and oak wall panels. These materials create a harmonious interior. They complete the concept of the house as an integrated space capable of accommodating the different uses of the house in all its diversity.