Organised by the Ministry of Public Works, the competition for the ‘Valorisation of the Archaeological Site of the Andalusi Settlement of the Arrixaca and the Garden of San Esteban in Murcia’ aimed to protect the valuable archaeological site of the Arrixaca and at the same time create a public space for the citizens. AGi architects participated in this competition with a proposal inspired by the historical use of water in the area.

The Arrixaca was the main suburb of the Muslim city of Murcia. It was the result of a process of urban growth outside the walls that began with the construction of recreational houses with gardens and orchards. Over time, the suburb became an area of dense houses, baths, oratories and souks, with a wall of its own. With the Christian conquest, the Muslim expulsion in the 13th century, and the plague epidemics of the 14th century, Murcia lost population. The city decreased. The suburb fell into abandonment and was transformed again into an agricultural area. In this way it arrived up to the 20th century. The construction of an underground car park in the area led to the discovery of the site in 2009.

Once the site was found, its conservation at a lower level than the adjacent streets, and the decision to restore the previously existing public space at a higher level made an architectural project necessary. The difficulty of the project mainly lay in the resolution of the spatial and functional coexistence of the two levels.

The plaza and garden of San Esteban 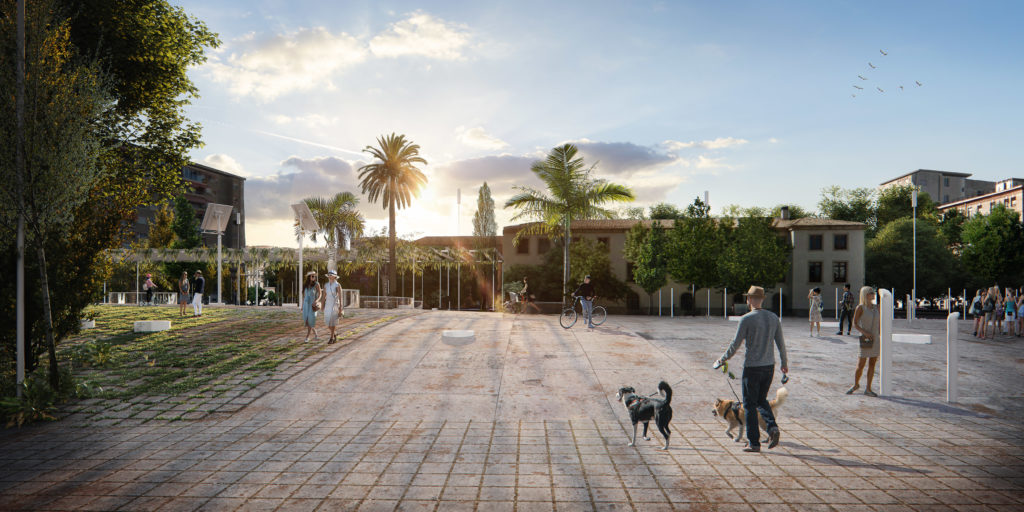 Archaeological site of the Arrixaca. The plaza.

At the plaza level, the most important aspect was to create an accessible urban area that would restore one of the city’s most important public spaces. For this reason, the square was designed as a continuous, gently sloping plane. It shared the same level with all the streets in the context. Only one point was raised to generate urban access to the archaeological site. 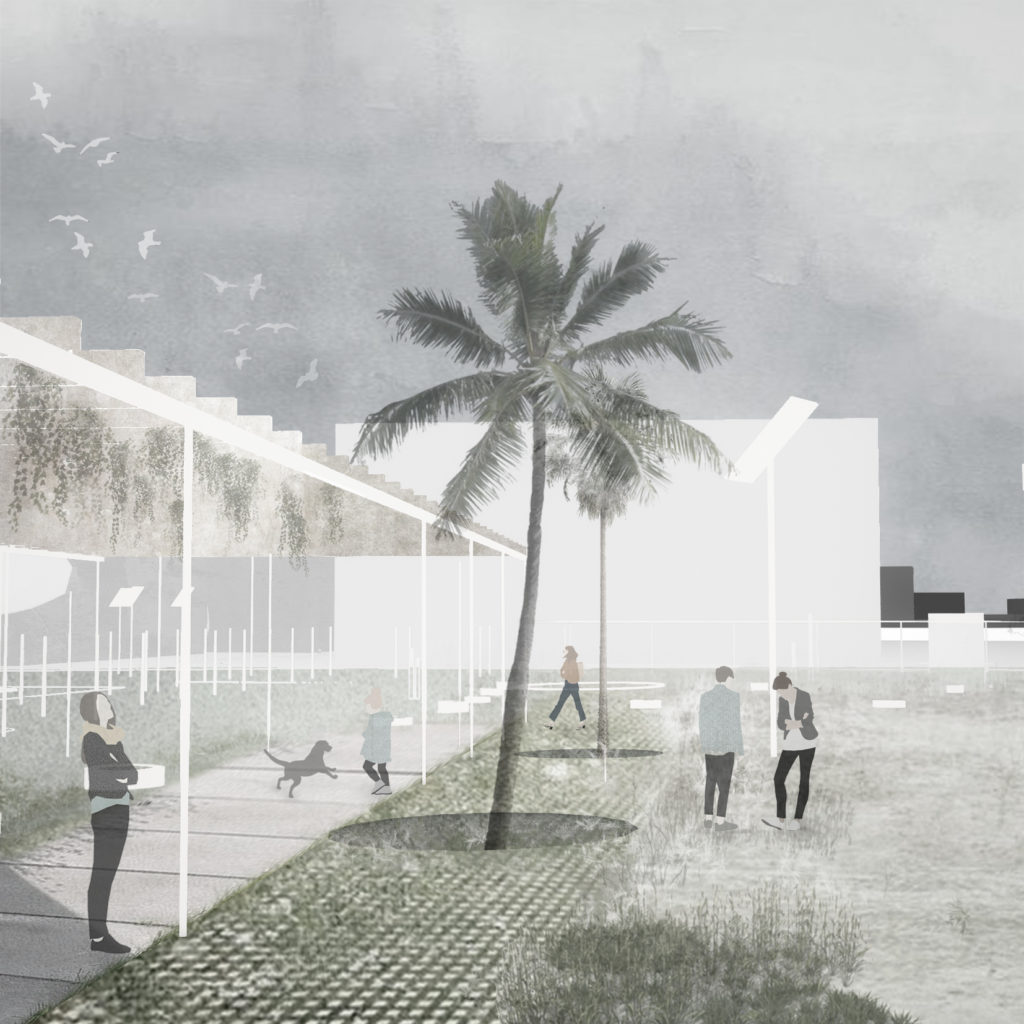 Scheme of the landscaping proposal.

For the formal and functional definition of the plan of the square, the memory of the site was taken as a starting point. The proposal evoked those phases of the history of Arrixaca in which cultivated areas predominated. Therefore, a landscaping of the square was proposed. Two water sheets were created, recovering a key resource of the Andalusian garden, and a contemporary interpretation of it was designed using vaporisation devices.

In the outermost areas of the square, for functional reasons, hard floors were alternated with pixelated stone to accommodate indigenous vegetation. The space was spotted with water games and shadow structures.

Valorisation of the archaeological site of the Arrixaca 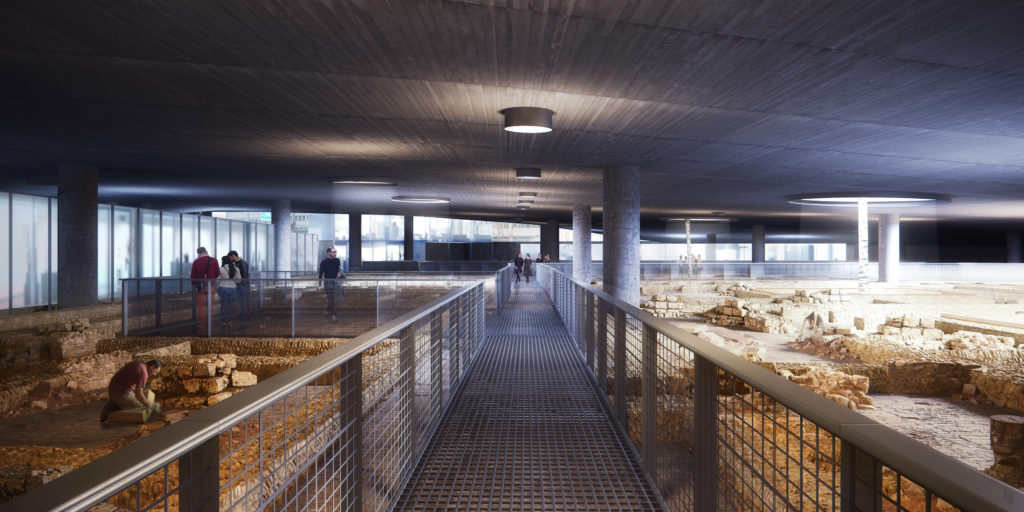 As far as the archaeological site is concerned, the main operation consisted of the conditioning and protection of the zone. The structure respected the conservation criteria of the site: the circular supports were located in the corners of the murarian structures, made with deep foundations. The whole project was designed with the same construction system, modular and reversible.

As a museographic solution, a walkway was proposed to direct routes. This platform was widened at those points of greatest interest, allowing these areas to be equipped with museum content.

In order to favour the spatial  understanding of the complex, natural light was introduced by means of a series of skylights in the position of the old streets. Three palm trees would be born in the level of suburb, rising from this plane surpassing the square and uniting the two worlds.

The project also envisaged the implementation of different connection devices between the square and the site. Among them, a set of periscopes made possible the vision of the site from the square keeping at all times the protection of the elements of the patrimonial set. 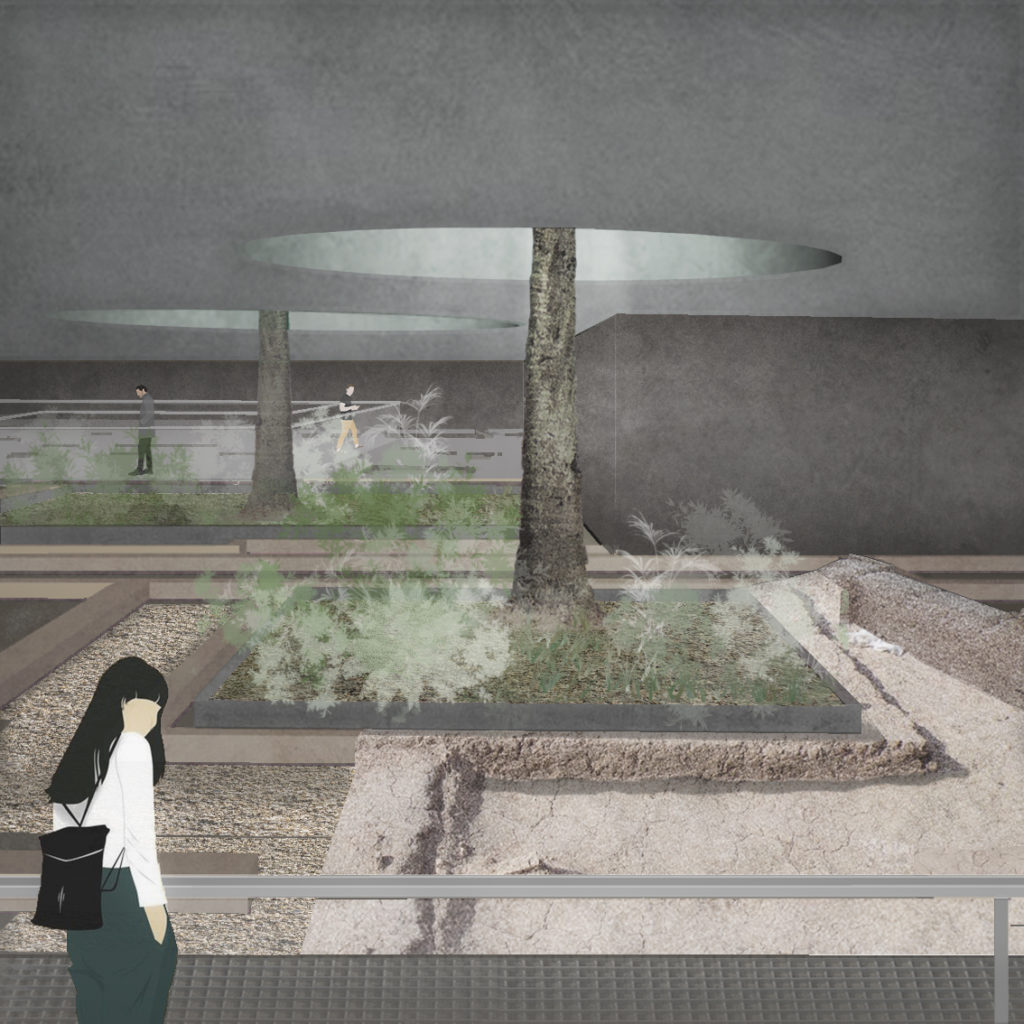 Scheme of the relation between levels.

Our proposal for the archeological site of the Arrixaca is part of a research and work line focused on the preservation of cultural heritage carried out by AGi architects. Unbuilt projects such as the refurbishment of the Palacio and Parque del Capricho in Madrid, are added to ongoing works, such as the conservation and musealisation of 18 Galician prehistoric settlements, or the recovery and refurbishment of the medieval bridge of Furelos.