In this article we present an itinerary through the projects that AGi architects has built or is currently developing in Spain, since the completion of ‘La Ascensión’ Church in 2013.

At the moment, we are also developing two major works to intervene in the Spanish architectonic heritage: the restoration and musealization of 18 settlements of the Bronze and Iron Ages in Pontevedra, and the recovery of the medieval bridge of Furelos, in A Coruña, both winning projects by public competition. 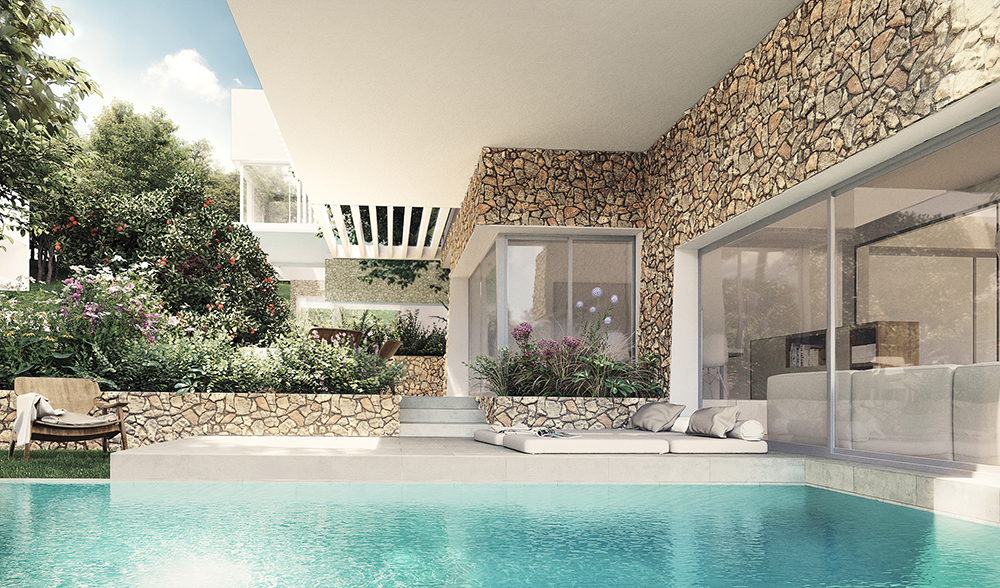 5 Gems is a luxury residential project on the Spanish coast. The plot is arranged in terraces. Five villas have been proposed, opening up to the views of the sea and the golf course. The most public areas are located on the ground floors, thus connecting to the garden and the swimming pool. The use of materials combines Mediterranean references, such as stone, and contemporary architecture, invoked in the design of elements such as the cantilevers over the garden. 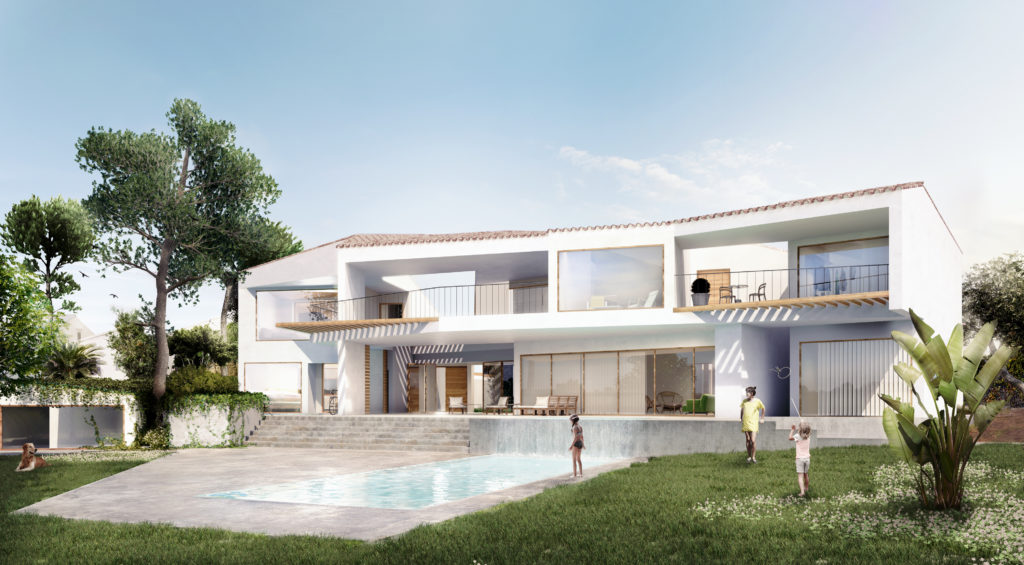 The aim of the project for Can Coberta is to reflect the Mediterranean character that permeates the place where the house is located. The design is based on key elements of local popular architecture. The senses are fostered through the careful arrangement of the spaces and their relation to the natural context. The volume of the house is articulated around two courtyards. It then breaks according to the main direction of the winds, and adapts to respect the presence of the existing trees. The landscape is framed through the windows of this house currently under development. 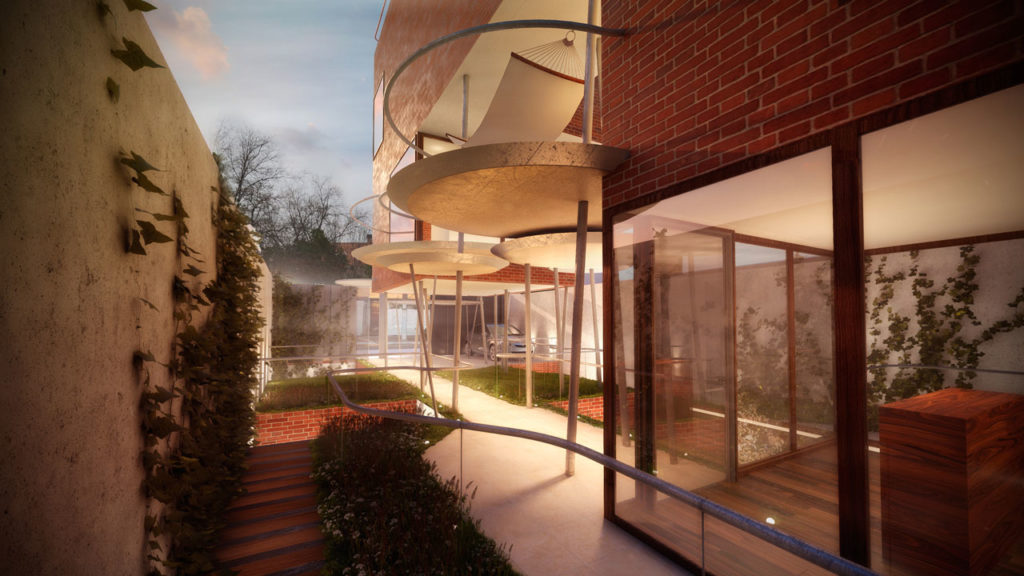 This house will be located on a narrow plot of land with little occupancy due to urban planning regulations. The access to the house gives way to a garden of gravel, beams and vegetation. In the basement a perimetral patio is excavated bringing light and nature to the living rooms, dining room and kitchen. The entire dwelling is structured around a vertical communication nucleus around which a wooden library has been designed. On the first floor, the bedroom occupies the entire surface. A solarium and the swimming pool are located on the top floor, sheltered by the treetops.

In House тихо, finished in 2018, the architectural qualities of a property with patrimonial value were preserved. A sensation of spaciousness was favoured through light colours and elements such as mirrors. Darker tones also made possible to highlight singular details of the house such as the cast iron columns, or to blend classical aesthetics with contemporary equipment such as the kitchen. 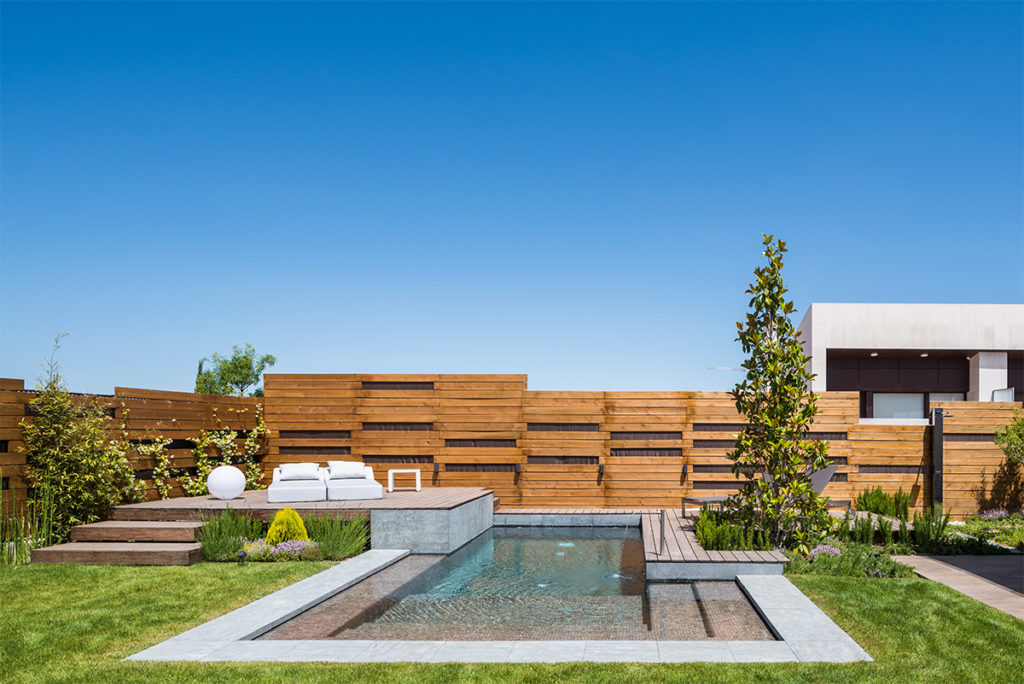 This pool and solarium built in 2017 on the plot of an existing house was designed taking special care of details. The use of dark tones allowed to create a quiet atmosphere in the new intervention. The entire contour of the pool was conceived as walkable with an overflowing perimeter. The wooden platform created cozy spaces for sunbathing. The sound of a small fountain eventually created the desired atmosphere of relaxation. 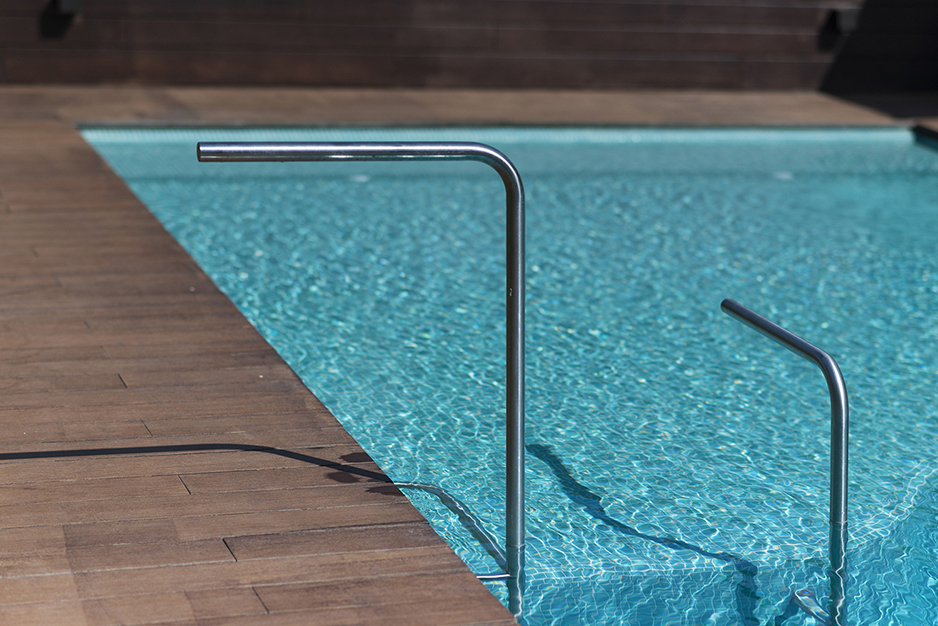 For 1, 2, 3 pool, the idea was to create a new pool surrounded by an architectural intervention that would serve as a transition between the water and the garden. A wooden perimeter platform was conceived to sunbathe and relax. Around the swimming pool, with a staggered design, corners of gathering and relaxation were located. A new set of furniture completed this project built in 2016. 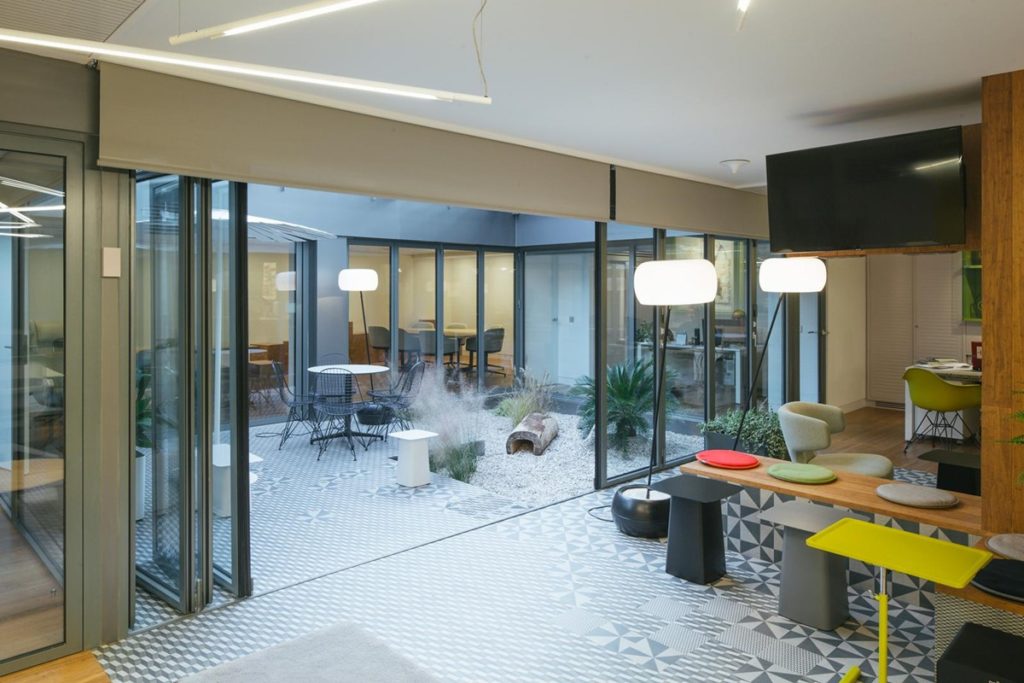 The refurbishment of Prointel’s headquarters in 2015 was a creative exercise in which spatial renewal related to corporate identity. The new needs of Chicho Ibáñez Serrador’s office had to be combined with the preservation of its original spirit. The project was based on the desire to introduce the natural into the interior. For this purpose, transparent partitions that allowed total opening were designed, as well as a continuous paving from interior to exterior, which gave character to the entire headquarters. Large open workspace was combined with recording and post-production rooms, all designed with energy-saving requirements in mind.

This project for a Church built in Seville in 2013 was guided by the premise to open the religious center to the local community. To this end, an entrance with a strong presence and a threshold space was designed. The building was positioned facing the street to encourage people to enter the garden, visible from the outside. Importance was given to this landscaped courtyard, connecting it with the new building through a stone floor that entered into the interior of the church. The roof, on the other hand, was designed with different heights and openings, giving spatiality to the different worship spots.